Nortrax Helps Restore a Father's Gift to a Wounded Vet

A cherished gift of a knife, once lost, finds it way back in the hands of a vet thanks to Nortrax. 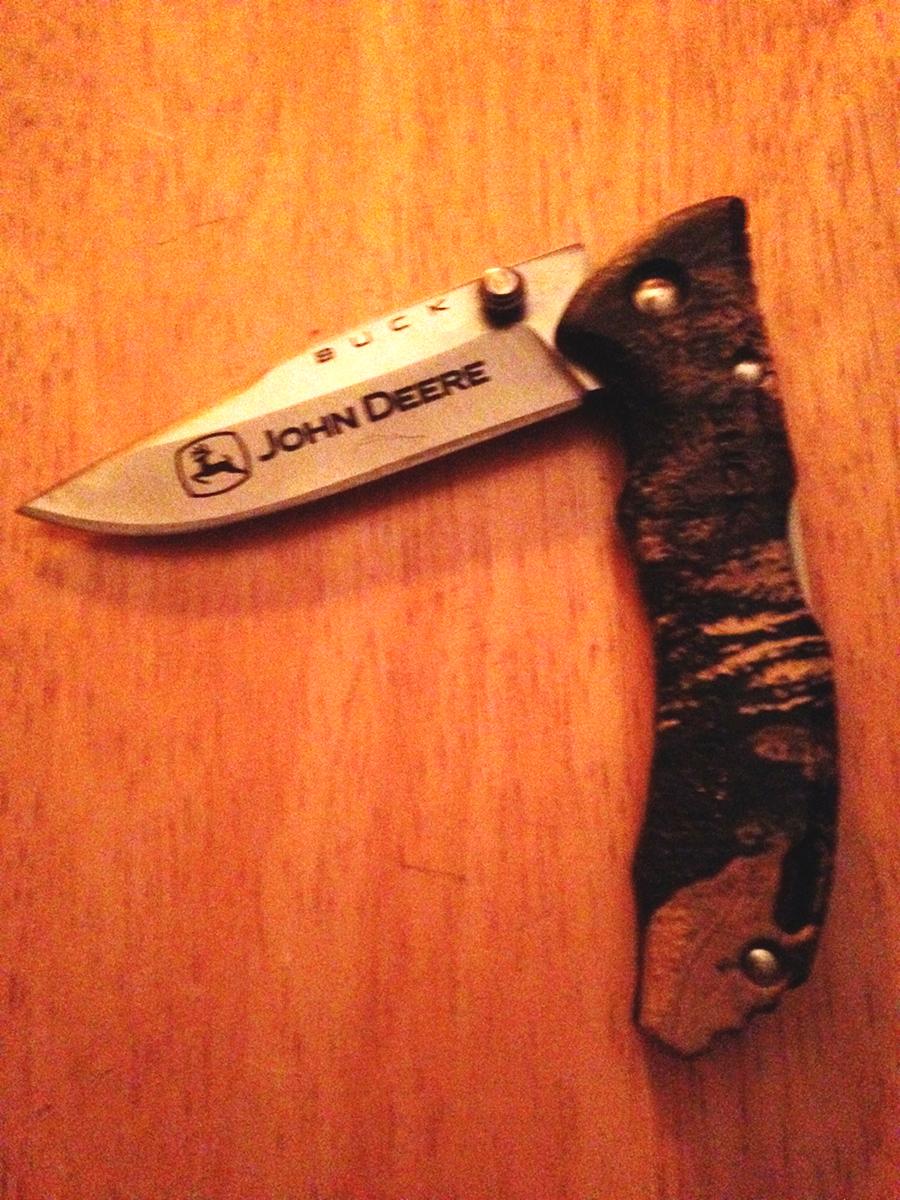 The folks at Nortrax knew they had to find another knife just like the one that Derek lost.

The evening of January 22, 2007 Gunner and Army Specialist Derek Gagne of the National Guard 759th Military Police Battalion was returning from a pickup mission at Baghdad Airport. The Humvee he was riding in was hit by a roadside bomb on that dark, desert highway. Two members of his team; the driver and their Iraqi interpreter were killed. All of the occupants were seriously injured. Derek, a Menominee, Michigan resident lost most of one leg, half of a foot, hearing in one ear and the sight in one eye during his service in Iraq.

Sadly, this is not an uncommon story for many of our returning troops. It is, though, a special and meaningful story to the Nortrax dealership team in Escanaba, Michigan. Turn the clock back to 2003. Derek's stepfather, Leonard Mroczkowski, a forestry customer of Nortrax, attended a Timberjack event hosted by Nortrax. Leonard received a pocket knife that day as a thank you gift. He cherished the knife and used it often. When Derek was about to deploy to Iraq in 2006 Leonard gave him that John Deere knife. Roll the clock forward to that night in 2007. After the IED hit the vehicle, Derek was hanging upside down without his leg and held in place by the seat belt. He used the knife to cut himself free of that seat belt. The other troops helped move him out of the sand and back to the base. He was to the base hospital and then airlifted to Walter Reed Army Medical Center in Washington. It was much later during his recuperation at Walter Reed Medical Center when he realized he lost that knife. Derek was finally released to come home to Michigan after nine months. He had been reluctant to tell his Dad that he lost his knife because he knew what it meant to him. Sometime later Leonard shared their story with our Nortrax team. The folks at Nortrax knew they had to find another knife just like the one that Derek lost. And they did, all these years later, at another Nortrax location. Earlier this year, Leonard and Derek were gifted with the new John Deere pocket knife by Ken Knauf, CTL Manager at Nortrax Escanaba, Michigan.

Derek lost a lot on that fateful night in 2007 but he hasn't lost hope, determination or the memory of his squad that lost their lives. With his prosthetic leg he now enjoys bowling and race car driving.

Nortrax salutes Derek, a Bronze Star and two-time Purple Heart recipient, and thanks him for his service and inspiration to others.