Not So Fast: Building Construction Under Way Without Permit, Permission

Officials are still struggling to determine the individuals responsible for the managerial oversight. 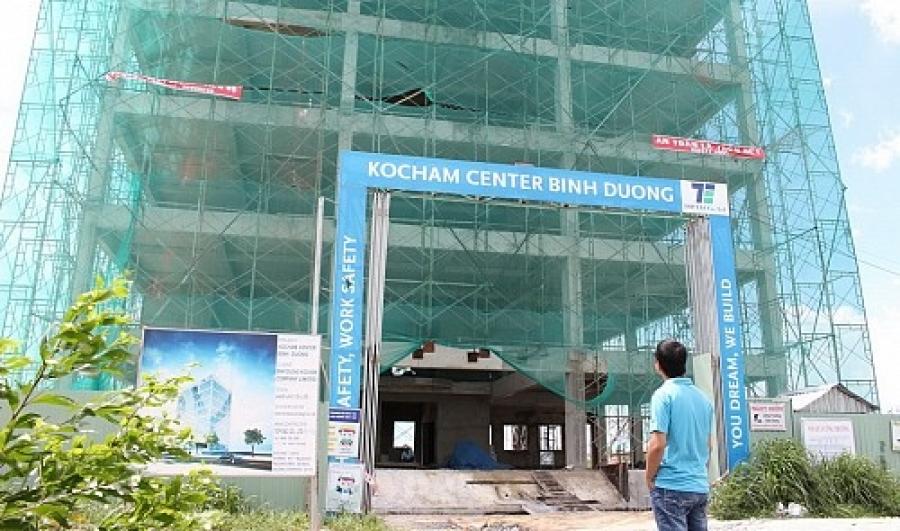 According to the website Tuoi Tre News, its own recent probe has revealed that the Koncham Binh Duong building, located in Hoa Phu Ward, Thu Dau Mot City, Binh Duong, has been under construction for several months without formal permission.

The US$2 million project is owned by Korean-invested business Binh Duong Koncham, and covers an area of 1,500 square meters.

With eight stories and a basement included in the building design, the venue is expected to house offices, education centers, and eateries.

The company registered its business license with a specialization in commercial real estate services, including offices, retail, and spaces for lease.

Construction of the building was began on January 15 with a grand ceremony attended by many provincial leaders.

Situated in a prime location of the city, the structure is only 100 meters away from the administrative center of Binh Duong and can easily be spotted from the facility.

However, construction had been underway for over six months with eight floors have been finished without a legitimate permit or reaction from local authorities.

During interviews with Tuoi Tre, the Binh Duong Department of Construction and the People's Committee in Hoa Phu were still struggling to determine the individuals responsible for the managerial oversight.

According to a representative from the Hoa Phu administration, the project is located in the ward, but is managed by the provincial Department of Construction.

As soon as it was discovered that the building was being built without formal permission, authorities in the ward made a report with sanctions to be decided by inspectors from the department, the source elaborated.

Another official said that all operations must be ceased whenever a construction project is caught being executed without a permit.

However, several employees were still working at the site on Sunday, according to the observation of Tuoi Tre reporters.

The violation was noticed in early July, a leader of the Department of Construction said, adding that investors had submitted the necessary paperwork to register for a permit.

The investors will be granted the formal permission if all documents are sufficient and valid, the leader continued.