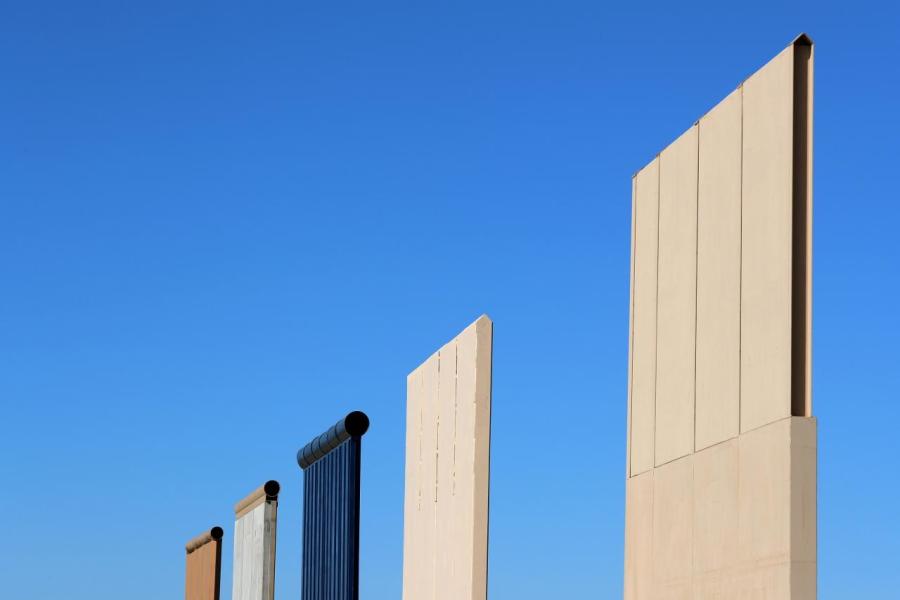 The notice posted on a government website says the contract would likely be for 3 miles of wall built on existing river levees along the Rio Grande, which forms the U.S.-Mexico border in Texas.

MCALLEN, Texas (AP) — Federal authorities have posted a notice to contractors that they intend to award a contract in May for 3 miles of a segment of border wall in Texas' Rio Grande Valley.

The notice posted on a government website says the contract would likely be for 3 miles of wall built on existing river levees along the Rio Grande, which forms the U.S.-Mexico border in Texas.

The contract would be worth between $25 million and $100 million, but notes that any contract is still contingent on Congress.

Wall opponents tell The Monitor that they believe the notice refers to the Santa Ana National Wildlife Refuge. Border Patrol officials have publicly said they would try to start wall construction in Santa Ana since it's already government property.

Just last month, the Fisher Sand and Gravel Company told the Department of Homeland Security that it could build 700 miles of the border for $12.2 billion—under President Trump's requested budget of $18 billion for just 654 miles of the wall. Fisher Sand and Gravel was one of six construction companies selected to build a series of prototypes of the border wall in California during the summer. So far, the company is the only one that has said it could build the wall itself. In addition, Liberty Mutual Insurance said it will help pay for the border wall with two bonds worth $10.8 billion and $1.3 billion.

To prepare for the border wall's construction, the Trump administration announced at the end of January that it would waive a series of environmental regulations to spur on the completion of the project. A total of 23 regulations were included on the list released in the Federal Register, including the National Environmental Policy Act; the Endangered Species Act; the Federal Water Pollution Control Act (otherwise known as the Clean Water Act); the National Historic Preservation Act; and the Clean Air Act.

“The Secretary of Homeland Security has determined, pursuant to law, that it is necessary to waive certain laws, regulations and other legal requirements in order to ensure the expeditious construction of barriers and roads in the vicinity of the international land border of the United States near the Santa Teresa Land Port of Entry in the state of New Mexico,” said Secretary of Homeland Security Kirstjen M. Nielsen in the Federal Register entry.