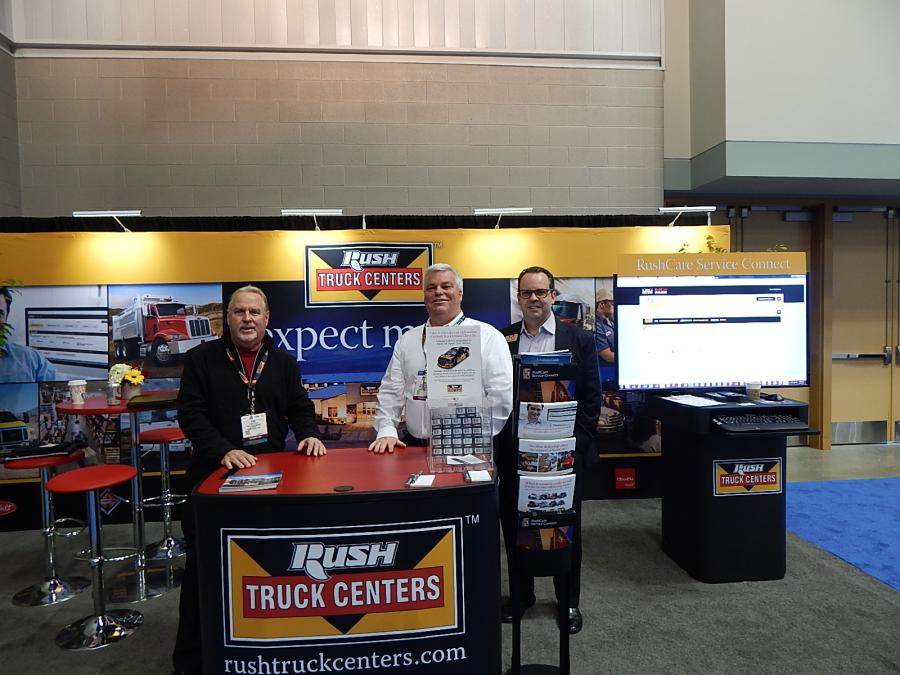 The ongoing evolution of the commercial truck industry was on full display at The Work Truck Show 2017 in Indianapolis, Ind., March 14 to 17 at the Indiana Convention Center. More than 500 exhibiting companies highlighted a wide range of new products and technology designed to make work trucks more efficient and productive on the job, including advances in electrification; diesel, gasoline and advanced fuel powertrains; light-weighting; augmented reality; and solar power. Educational sessions began on March 14 while the trade show portion of the event opened the following day on more than 500,000 sq. ft. of exhibit hall space.

The 2017 event marked the 53rd NTEA Convention. A total of 11,799 industry professionals from 50 states, Puerto Rico and 22 other countriesthr attended The Work Truck Show 2017. NTEA expanded the show to occupy all available space in the convention center this year, making it the biggest event in association history.

The event featured the latest vocational trucks, vans, equipment and services presented as well as a variety of industry-focused educational and training sessions conducted throughout the course of the four-day event. Many of the industry's leading manufacturers choose the show to introduce their latest product innovations. The show's primary focus is vocational trucks and transportation equipment from Classes 1–8, including chassis, bodies, components and accessories.

"There was a lot of energy in the building," said Steve Carey, NTEA executive director. "Attendees were excited to check out the latest trucks, equipment and technology on the exhibit floor, to test new vehicles during the ride-and-drive and to take advantage of more than 60 learning opportunities throughout the week."

Other notable product launches included the Foundation Food Truck walk-in van body from Morgan Olson, Allison Transmission's FuelSense 2.0 featuring DynActive Shifting software that can deliver additional fuel savings of up to six percent, and the VMAC DTM PTO-driven air compressor that mounts directly to a truck's transmission. Ram Commercial demonstrated its new Augmented Reality Upfit Configurator, a computer-generated visual program that enables upfitters and dealers to showcase a number of vehicle options to customers who can virtually walk around and look inside upfit vans and chassis cabs.

Additional buzz-worthy news came from Cummins Inc., Knapheide, Mack Trucks, Parker Hannifin, Ranger Design and Switch-N-Go. In total, there were a record-setting 26 press conferences and more than 150 products launched at the show.

Green Truck Summit, the premier alternative fuels and advanced technology conference held annually in conjunction with The Work Truck Show, had increased attendance even as fuel prices are at historic lows in North America. The Summit explores the pathway toward zero emissions, recognizing there is not a single alternative fuel or technology that is the sole solution.

Both the NTEA Work Truck Show and the Green Truck Association's Green Truck Summit offer attendees excellent opportunities to meet with sales and technical representatives and industry peers in a variety of structured and casual settings.

The Work Truck Show, one of the top 100 trade shows in the United States, returns to Indianapolis March 6–9, 2018. Sessions begin March 6, and the exhibit hall is open March 7 to 9.