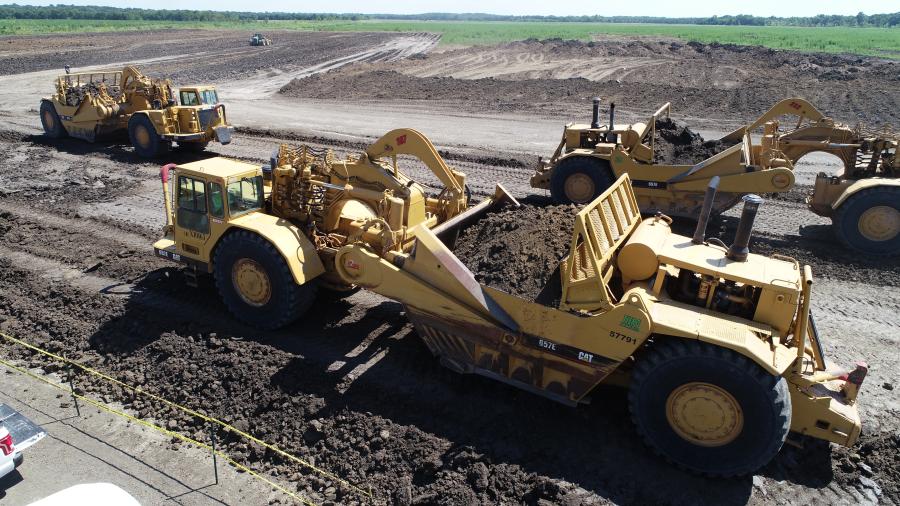 Intended to meet the water needs of north Texas for generations to come, Bois d'Arc Lake is the first major reservoir under construction in the state in almost 30 years. Construction began in April 2018, and is moving forward at a steady pace.

"There's only one natural lake in the entire state. The rest are man-made. The lake and the related project components are necessary to support the future needs of one of the fastest growing regions in Texas and the country."

McKito said with the population in NTMWD's service area expected to nearly double over the next few decades, the time to act is now.

"More people and businesses mean our region needs to build more water storage and treatment facilities. Conservation and reuse help, but additional water supply and storage also are needed to meet demands. The lake also will provide a number of economic and recreational benefits to the surrounding area. 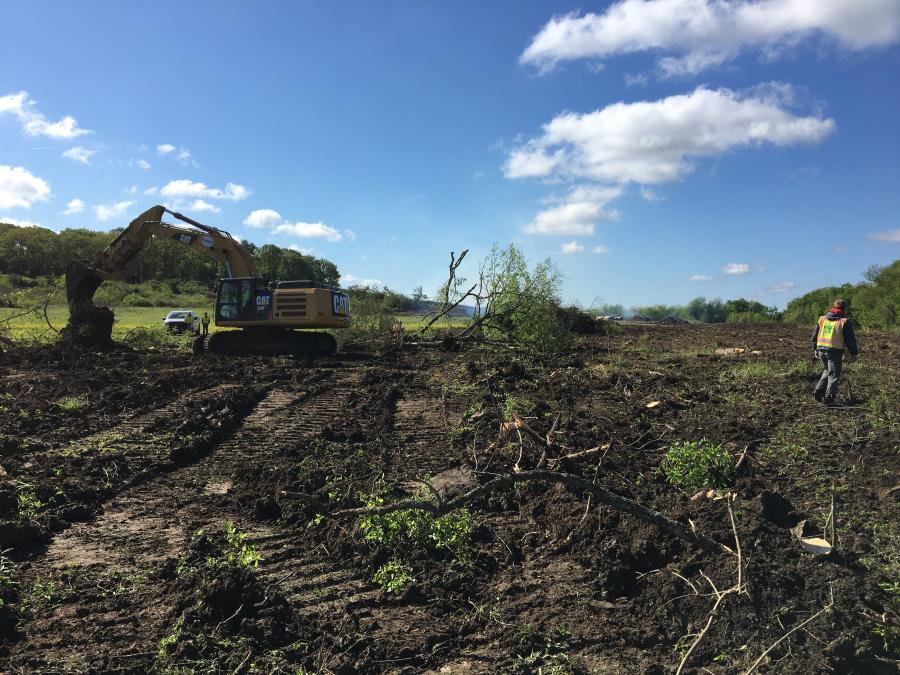 "Everyone associated with this project is excited to be a part of such an important endeavor. There's nothing more important than a reliable water supply. Many members of our team have been working on this project's planning, design and permitting for more than a decade, and it's very rewarding to see it finally move into construction. It's a real privilege be involved in a historically significant project of this magnitude."

NTMWD was formed in 1951 by the state legislature, following one of the worst droughts recorded in Texas. Visionary leaders came together for the common need of water. Securing reliable water for North Texas continues to be the driving force behind the district's projects, including Bois d'Arc Lake.

"Water providers throughout the southwest face major obstacles in advancing water projects," said McKito. "In today's regulatory environment, it's very challenging to receive all the necessary permits and approvals. It takes years and, in some cases, decades to build a water project. The time to start planning for a project is not when you need the water."

Preparation for the Bois d'Arc Lake project began in 2003, and required numerous local, state and federal permits. The initial engineering of various parts of the project also has been under way since 2006.

McKito noted there are significant benefits of this project for the local communities and regional economy. 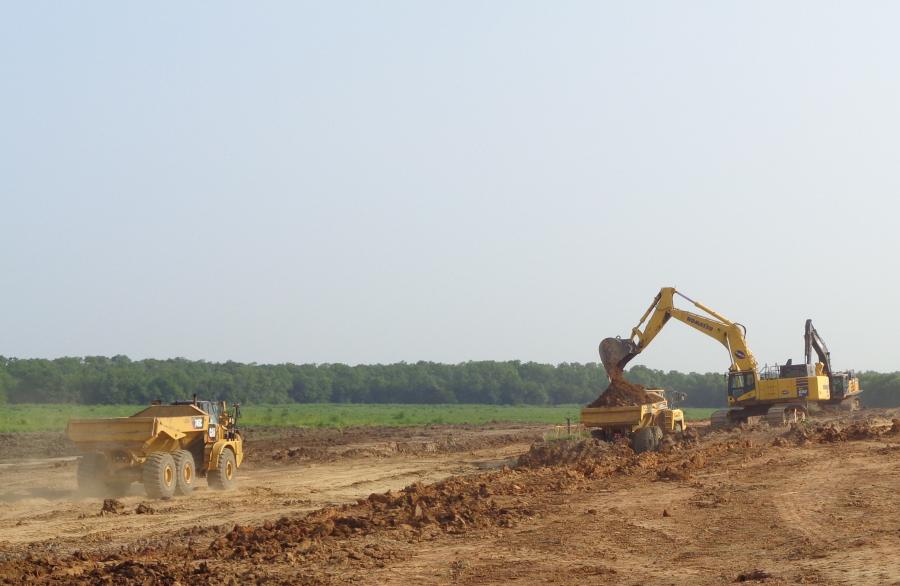 "The construction of Bois d'Arc Lake infrastructure alone is expected to increase economic activity in Fannin County by at least $509 million, with the construction of other project components boosting economic activity in Fannin, Collin, Delta, Lamar and Hunt Counties by $682 million. New activities like lake fishing, boating and nature viewing also will dramatically expand local recreation."

According to an independent economic analysis conducted on the benefits, the lake also will boost economic activity in Fannin County by $166 million each year after the project's completion. Demand for waterfront and near waterfront homes is projected to support residential construction of about 3,200 homes over the next 30 years.

With an overall construction cost of $1.6 billion, work includes the lake and related project components, including a raw water pump station; raw water pipeline; roadway and bridge improvements; and more than 17,000 acres of environmental mitigation.

Water from the lake will flow to a separately planned new water treatment plant with the initial capacity to treat up to 70 million gal. per day, which will be transported through a planned treated water pipeline that will extend the northern part of NTMWD's regional water system. 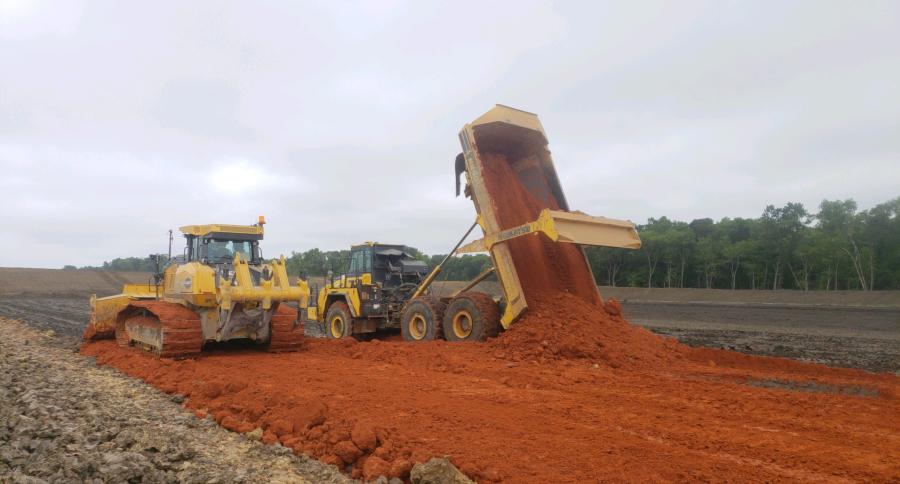 To date, the Texas Water Development Board has approved $1.477 billion in low-interest State Water Implementation Fund for Texas (SWIFT) funding for Bois d'Arc Lake and associated projects. This funding is anticipated to save NTMWD and rate payers more than $230 million in financing costs.

The surface area of the lake will be slightly smaller than Jim Chapman Lake (Cooper Lake), another of NTMWD's reservoirs located northeast of its headquarters in Wylie.

Bois d'Arc Lake will be able to store 367,609 acre-ft., or around 120 billion gal. of water. The new treatment plant will be capable of treating 280 million gal. per day at full build out.

NTMWD also is mitigating the loss of land, wetlands and streams caused by the reservoir through environmental improvements on more than 17,000 acres along the Red River and area streams. This project will include extensive work to establish millions of trees and restore, enhance and create wetlands, streams and upland habitat. Once complete, this will be one of the largest, approved mitigation projects in the nation for a single permitted action.

According to McKito, "Any large construction project that spans several years has to contend with potential weather issues. Rain is particularly a factor when building any project in a floodplain, as most dams are. As the dam is built up, the impact of rain on construction should decrease.

"One other challenge is competition for labor and materials with contractors in the growing Dallas-Fort Worth area. Everyone working on the project is following a plan that accommodates for these kinds of potential challenges, and each piece of the project is moving forward accordingly."

Dam construction started in April and was hitting its stride in late summer. The rainy month from late September to late October slowed things down, but work on the earthen embankment for the dam; excavation for the intake structure/pipes; and early construction on the service spillway are all moving forward. 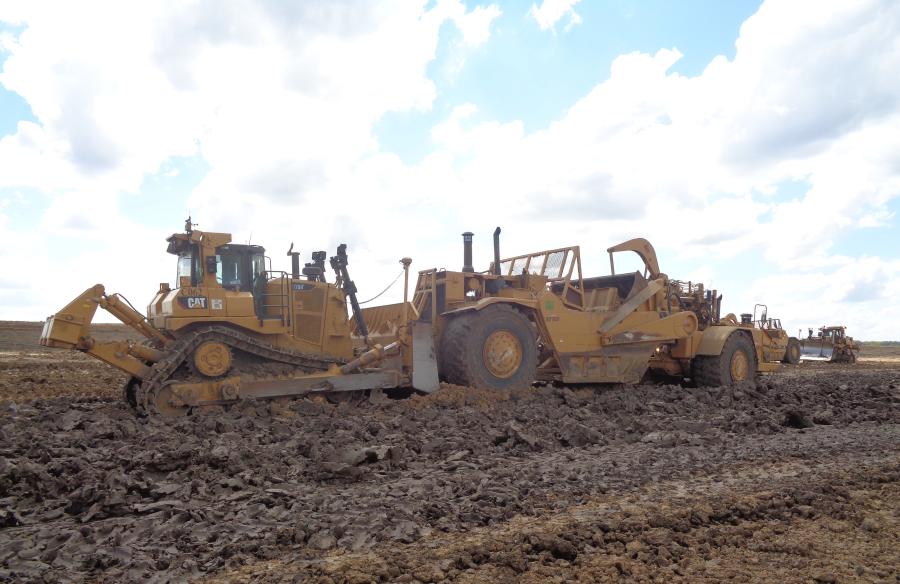 Clearing in the reservoir footprint is taking place, as well, and is ahead of schedule. Roadway construction on the FM 897 highway also started in April. The bridge section of the roadway is ongoing, with foundation, columns and beams under construction. Paving FM 897 has begun with grading and culvert work, followed by county road construction work.

In addition, work at the mitigation site is under way. So far, the work has focused on preparing for the upcoming planting season by conducting controlled burns on grass/brush and preparing the soil for tree plantings. Simple site work and contractor mobilization has been completed at the Leonard Water Treatment Plant, and major construction are under way.

The lake's dam and footprint has been cleared and excavated. This work was finished sooner than expected, due to the dry weather earlier in the summer. The main bridge beams and steel structure for FM 897 are currently being placed. The recent wet weather has slowed construction, but work is still under way, and the overall project is on schedule.

Before construction began, the reservoir area was mostly pasture, scrub brush and heavily wooded bottomland. The project consists of three main parts, with related sub-projects that in many cases occur concurrently.

The second is completion of all items needed to transport the water to the new treatment plant, so that it can be cleaned and distributed through NTMWD's regional water system. This includes constructing the raw and treated water pump stations, laying the raw and treated water pipelines (to carry water to and from the treatment plant), creating the raw water storage reservoir and constructing the water treatment plant in Leonard. The third is creation of lake facilities and environmental projects. These include construction of the lake administration office and dam maintenance facilities.

McKito said safety on the project is a priority. 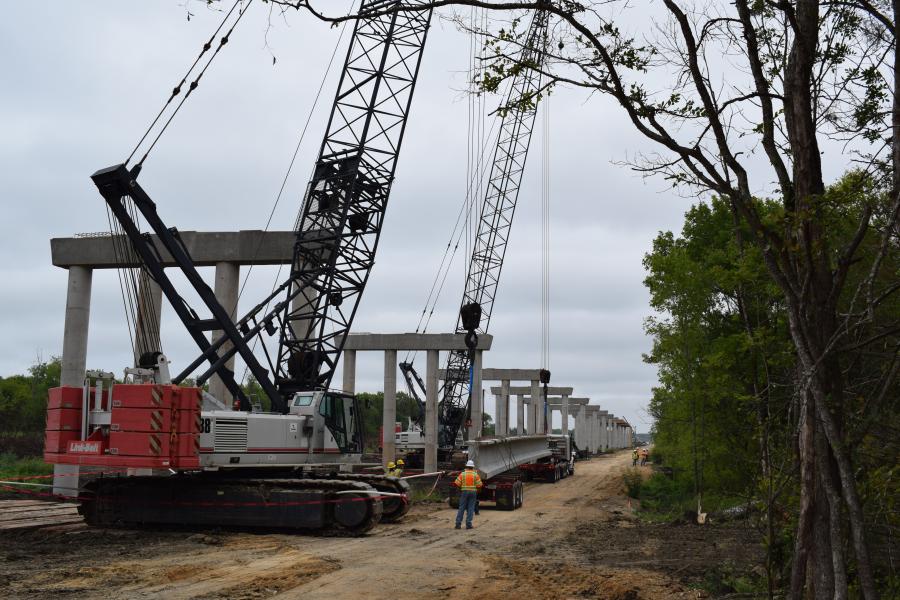 "At the peak of construction, the project's manpower will total near 1,000 individuals. This is a tremendous amount of activity, travel, deliveries, etc. Every contractor on the project has established safety protocols for these construction processes to create the safest work environment possible."

Communication with the surrounding community also is important to the district, and it's communicating closely with Fannin County's commissioners and residents to keep people informed of project progress and impacts.

The design and construction teams also are focused on constructing the safest dam, pipes and pumps possible. Quality construction methods and materials are monitored on site by both the contractors, engineers and NTMWD representatives. Projects scheduled for future construction include pump stations, pipelines, water treatment plant, lake facilities such as the boat ramps and mitigation projects.

More than 5 million yds. of earth will be moved for the creation of the dam. Another 500,000 yds. will be used for the raw water storage reservoir at the water treatment plant in Leonard.

Some of the main materials include concrete; reinforced steel; sand and gravel for filter material; soil cement for the upstream face of the dam; manufactured appurtenances; steel pipe; precast concrete vault structures; seed/vegetation; asphalt; fencing; and borrowed fill material from nearby sources.

The longest project based on time is the mitigation project, which will take an estimated 20 years of planting and monitoring, to ensure that the trees and plantings take root and the other improvements/revegetation work meets permit requirements. The most time-intensive, project-related construction project will be the water treatment plant in Leonard. It is scheduled to take almost 3.5 years from start of construction to the plant's commissioning/startup.

"It has taken a tremendous team effort to advance this project. NTMWD has coordinated and collaborated with state and federal regulatory agencies, elected officials, environmental interests, property owners and local officials to plan and build this project," said McKito.

"The district is committed to working cooperatively with key stakeholders, as it constructs and eventually operates this important lake and water infrastructure that will serve our region's long-term needs."

The reservoir is scheduled for completion by spring of 2021, with treated water delivery anticipated by 2022, or once the reservoir is adequately filled.

According to NTMWD's executive director, Tom Kula, "This is a huge step toward the goal of meeting our region's urgent needs today and ensuring that our children, and our children's children will have the quantity and quality of water they need in the future."