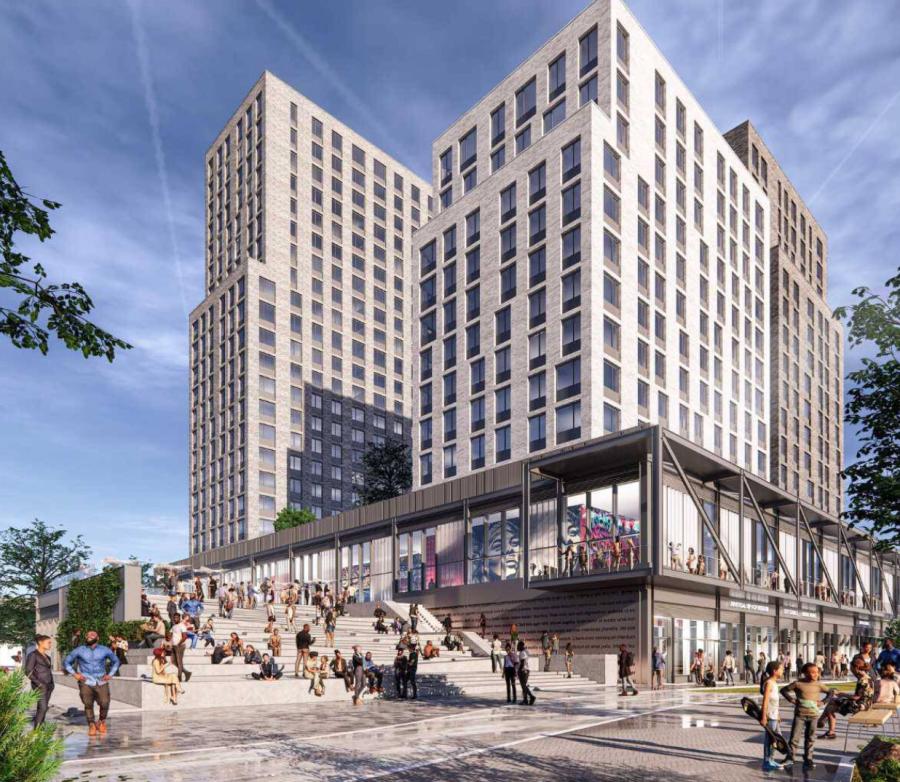 The city’s first brick-and-mortar hip hop museum in the Bronx will have a fresh online edge to it, featuring both real-world and online exhibits. (Hip Hop Museum rendering)

The Universal Hip Hop Museum now being built in New York City has ambitious plans to not only provide visitors with a physical experience but have a significant presence in the metaverse as well.

The city's first brick-and-mortar hip hop museum in the Bronx will have a fresh online edge to it, featuring both real-world and online exhibits, the New York Post learned earlier in February during a tour of the project.

The Universal Hip Hop Museum began construction last year and is slated to open in 2024.

The $80 million exhibit space will feature items such as a giant oil painting of Kanye West and Snoop Dogg's bicycle from the short-lived MTV sketch show "Doggy Fizzle Televizzle."

It also will beam out live musical performances, break dancing sessions and fashion shows that can be viewed online.

"When people come in here, they get one physical experience by looking at the historical artifacts," Rocky Bucano, the museum's founder, told the Post. "But when they leave here, that experience should continue even when they're home."

The two-floor, 53,000-sq.-ft. museum at 65 E. 149th Street in Melrose will be attached to Bronx Point, a mixed-used complex currently being developed that overlooks Mill Pond Park and the Harlem River.

The building, currently just an open concrete husk, will eventually be home to a 250-seat theater and will highlight the five elements of hip hop: DJing, emceeing, break dancing, graffiti and knowledge, Bucano said.

But there is still plenty of work to be done before the museum opens.

Museum archivist Adam Silverstein told the Post that there are thousands of donated pieces of memorabilia, including boxes full of records, clothing and hip hop magazines, that need to be cataloged before they go on display.

And Bucano currently is working on securing a 1970s subway car from New York's Metropolitan Transportation Authority (MTA) that will work as a bridge across the grand staircase near the entrance.

The museum's metaverse — an immersive digital world accessible through virtual reality headsets and smartphone — also is a work in progress.

"In addition to showing the flyers, graffiti, archival video footage and images, we're excited to bring out b-boys, breakdancing in a physical space," said Mike Carnevale, whose company Carnevale Interactive is overseeing the design of the online space in cooperation with Microsoft and MIT.

"You're not in the audience watching this on screen, your brain believes you are truly there."

The technology is called "holoportation" — projecting people and 3D objects from the real world into the digital world, according to Microsoft.

"You can have Naughty by Nature performing live in the metaverse," Bucano said, "and they won't be the traditional avatars, [it would] be the actual group."

Carnevale said other metaverse experiences the museum hopes to include are Grandmaster Flash scratching records at block parties in the 1970s, and Notorious B.I.G. rapping on a Bed-Stuy street corner in 1989, the Post reported.

"We see a metaverse where you can transport people to different times and places, so they're not only witnessing the history, but they're immersed in hip hop culture," he said.

For now, the museum is hosting temporary exhibits at the nearby Bronx Terminal Market, where they just finished a display that cataloged hip hop from 1980 to 1985. It had sections dedicated to hip hop pioneers Kurtis Blow and DJ Grand Wizard Theodore. Guests were able to pose for photos in a fake subway car covered in graffiti.

In March, the gallery will transition to an exhibit that covers the genre from 1986 to 1990.

So far, the museum has gotten $35 million to build the gallery, the Post noted.