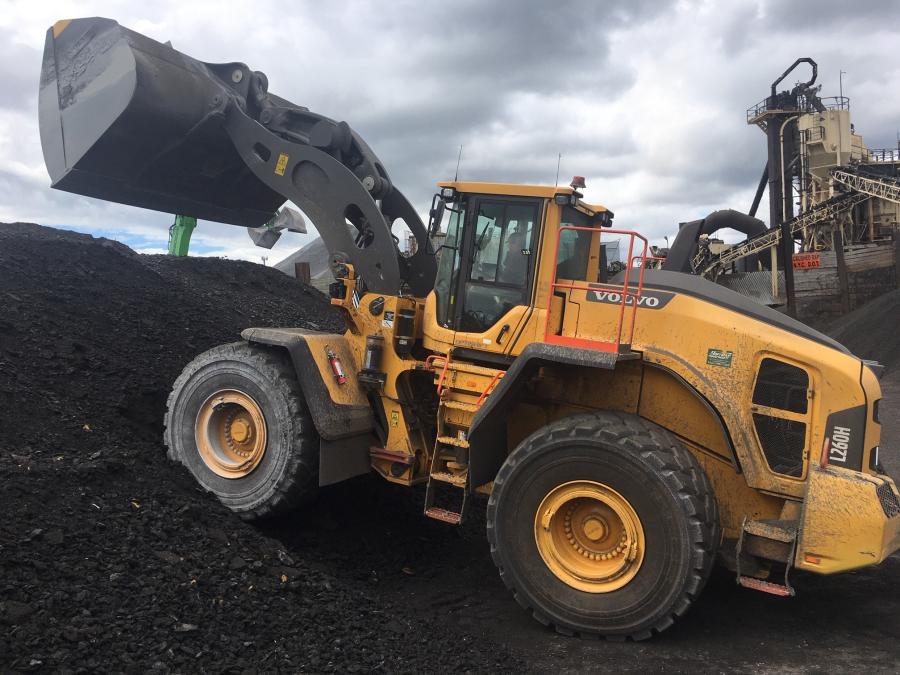 Companies don't buy uber expensive pieces of heavy equipment because they are loyal to a brand or even to a dealer. While they may appreciate the heritage of a machine or be chummy with a dealership's CEO, they primarily want machines that dependably and efficiently work.

That is why RCA Asphalt took delivery last month of a new Volvo L260H wheel loader from Hoffman Equipment, the construction equipment dealer celebrating 100 years of being in business.

"It's a beautiful machine as far as we're concerned," said Adriane Casterella, RCA Asphalt spokeswoman and a 30-year veteran of the asphalt and aggregate industries. "Our operators and mechanics and owners all are happy with it."

It might seem one part helter and two parts skelter to a casual observer, but the company systematically and efficiently meets product demand from its customers, many of whom are in nearby Bronx and Westchester County, N.Y., as well as Connecticut.

The Mount Vernon plant can produce 3,200 tons of hot mix asphalt during an eight-hour operation. Annually, RCA typically processes 600,000 tons of material. To handle all that aggregate and product, the company depends on more than a dozen pieces of heavy equipment, ranging from forklifts to a material handler that unloads barges docked at the edge of company property. 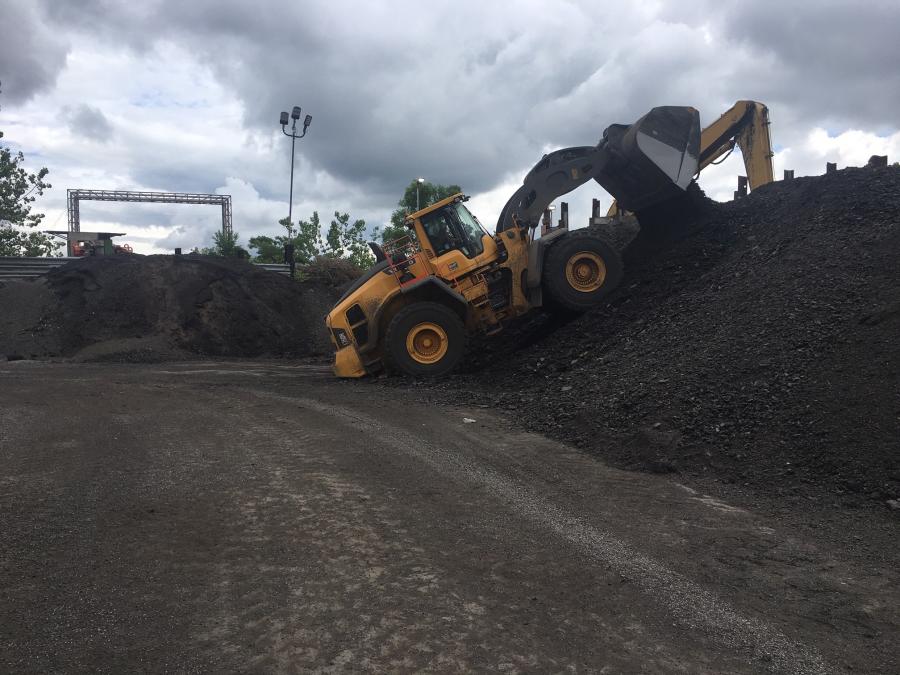 The Volvo L260H is RCA's newest piece of rolling stock.

"The 260 is a perfect size for that plant," said Joe Barbara Jr., sales representative of Hoffman Equipment. The Piscataway, N.J., dealer represents Volvo equipment in New Jersey, New York and Pennsylvania. "They looked at Volvo models 180 and 220 but went with the 260 because they wanted a true two-pass loader."

That is, the L260 with the redesigned rehandling bucket can scoop up 9 tons of material, filling a truck bed in two dumps. A unique feature of the model is that it incorporates a gravity system to lower an emptied bucket rather than rely on hydraulics to power the drop. That is just one piece of engineering that contributes to a more responsive and fuel-efficient loader.

Casterella concurred with Barbara's assessment that the L260H was a good choice.

"We got exactly what we needed," she said, dismissing any idea that the 34-ton machine is oversized for the plant. "We'll push it to the limit here. It's a good fit for our company."

RCA's newest L260 — it is the second one in the company fleet — was configured with a rehandling package. Besides the easier-loading, convex-sided bucket, the package includes additional counterweights to offset the large scoop up front. It also features strategic LED lighting to illuminate the immediate work area during RCA's night operations.

The machine replaced an aging Volvo L250, the manufacturer's previous generation 74,000-lb. wheel loader. The successor 260 has a longer wheelbase than the 250 and some larger component sizing to help boost capacity. Volvo engineers claim the L260H is up to 15 percent more productive than the previous model.

According to Casterella, RCA equipment operators — all of whom are members of Local 137 of the International Union of Operating Engineers — are enthusiastic about the new loader, one of three brands of wheel loaders utilized at the plant

"They are very knowledgeable about their machines," she said. "One of the things they talk about is the comfort of the cab in the L260. It helps them fight fatigue during long shifts. They also talk about the placement of controls on the left side of the cab. They prefer the controls in that position because it contributes to more efficient and safe operation."

Another welcome feature: As they back away from a stockpile, operators are assured by the integrated Load Assist readout that they are carrying a full scoop of aggregate.

Not to be outdone, RCA Asphalt mechanics also laud the new Volvo wheel loader, according to Casterella. They cite its higher ground clearance and easier access during maintenance. The machine's tilting cab can be hydraulically lifted out of the way, for example, and accumulators for the boom suspension system are located within easy reach on the exterior.

"The mechanics tell me it's clear to them that Volvo had mechanics in mind when they designed the machine," Casterella said.

RCA signed up for the Volvo Active Care Direct monitoring system. The real-time telematic surveillance program on the L260H kicks out a text or e-mail in the event a component fails or exhibits aberrant behavior.

"We are notified and, if we can handle it, we do. If we can't, we can call Hoffman."

On the other hand, Barbara likes to talk about the L260's patented OptiShift system that automatically and efficiently slows the machine when a change in direction is sensed — saving fuel — and re-engineered gearing that smooths out operation. The loader's transmission also is engineered to be extra responsive when an incline is encountered.

"It definitely can climb up those piles," he said. "Volvo claims their loader can climb piles better than any other loader."

Cones of stockpiled aggregate at RCA can reach 25-30 feet high.

"It is priced competitively," said Casterella, "yet it has more horsepower, more breakout force, and more torque than some rival machines — and increased operator comfort. We really like the Volvo."

So, when it came time for RCA Asphalt to think about trading in its eight-year-old L250 — Barbara pointed out that loader engines commonly register 2,000 hours a year — company executives looked to Hoffman Equipment for a replacement machine. The dealer has worked with RCA for "years and years in other equipment," in the words of Casterella. When Hoffman added Volvo to its product lineup in the last year, RCA's search for another Volvo loader was a short one.

The asphalt manufacturer executives were confident their used Volvo loader would be an asset in the transaction. That's the equipment manufacturer's reputation, after all. As Casterella put it: "Other brands of wheel loaders don't retain their value like a Volvo does." At deal's end, she characterized the Hoffman trade-in offer to RCA as "more than fair."

So, the long-term relationship of Hoffman Equipment and RCA Asphalt was further strengthened by the deal. Quite apart from being satisfied with the machine itself, Casterella said the "respect" shown the asphalt company in the course of the transaction added to the good feeling.

"Hoffman CEO and President Tim Watters comes by the plant himself to see how we are doing and we'd like to thank him for that," Casterella said. "He and salesman Joe Barbara Jr. … the care they give their customers is amazing and valuable." CEG