NY Could Shut Down the Falls For Construction Work 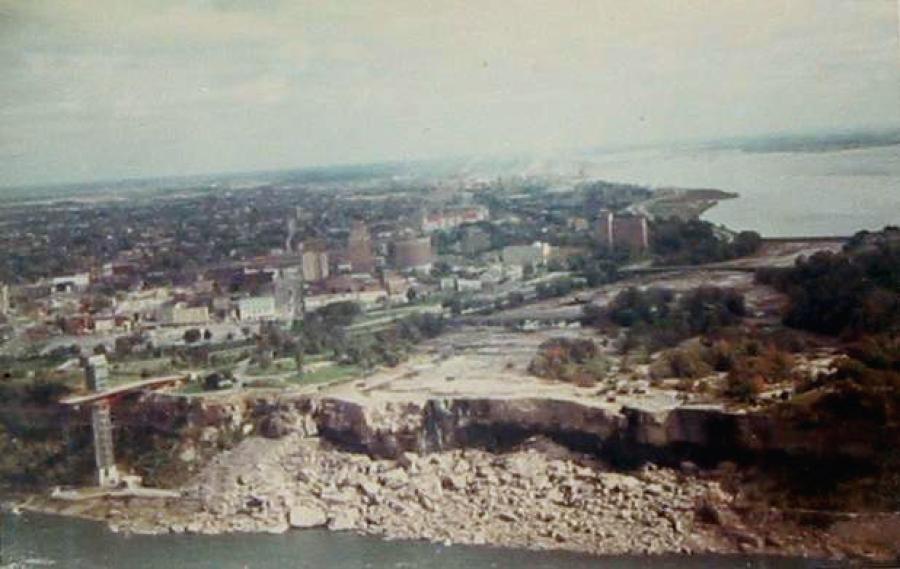 The American Falls was slowed to a trickle in 1969 to study the effects of erosion and buildup of rock at the base of the falls.

The Buffalo News is reporting that New York State plans to shut off the thundering waters of Niagara Falls – again. At least, the American side of the falls. This “once in a lifetime” event actually may take place twice in some folks' lifetimes. The New York State parks system wants to turn off the falls on the American side sometime in the next two to three years to replace two 115-year-old stone arch bridges that allow pedestrians, park vehicles and utilities access to Goat Island.

The proposal to “dewater” the falls will be presented at a public hearing this week at the Niagara Falls Conference Center. Two of three plans propose a temporary shutdown of the American Falls.

The American Falls was slowed to a trickle in 1969 to study the effects of erosion and buildup of rock at the base of the falls. When that happened, people came from all over the world to see the falls turned off, said Michelle Kratts, who served as Niagara Falls city historian until this past December.