Jones Brothers Dirt & Paving will reconstruct Highway 191 by creating a braided ramp when the Highway 191 off ramp is built over the existing on ramp on the south frontage road. In order to rehabilitate the Highway 191/Loop 250 pavement, hot-mix crews lay SMAR F (stone-matrix asphalt rubber, fine gradation).

This rapid growth is cause for merging and queuing issues in the area, according to Gene Powell, public information officer of the Texas Department of Transportation (TxDOT). To help improve traffic flow, a three-part project, launched in mid-October, will relocate ramps, add auxiliary lanes and rehabilitate some roadway on Highway 191 and West Loop 250 in Midland.

"This area has some of the highest traffic counts in the 12-county Odessa District," noted Powell.

Funding for the project came from the Permian Basin Metropolitan Planning Organization, which committed $16.25 million in TxDOT funds, while the Midland Development Corporation donated $2 million. The latter helped to prioritize the project," he said, adding that "the project won't be the final one at this location."

Serving as the general contractor is Jones Brothers Dirt & Paving, of Odessa, Texas, where Mike McAnally, former Odessa district engineer at TxDOT, serves as the project engineer. According to McAnally, when completed in May of 2023, the project will have addressed myriad merging conflicts at various ramps, intersection and business entrances. 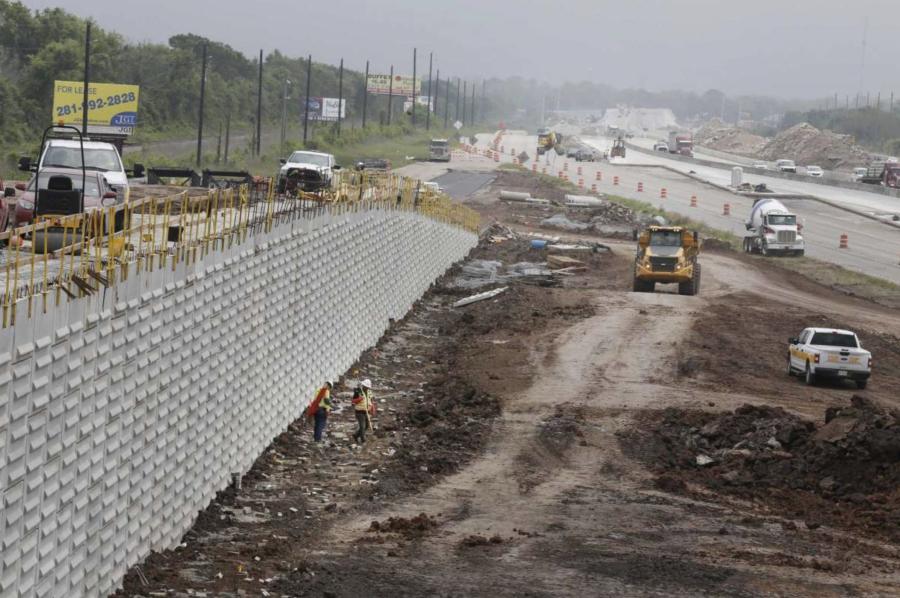 In addition to being the low-bid contractor, "Jones Brothers is very aware of the challenges and traffic patterns and they have been helpful in communicating with local business in advance of the project's start," Powell said.

"The two major interchanges at Highways 191 and 158, and Highway 191 and West Loop 250, are the most heavily-trafficked thoroughfares in Midland, with commuter traffic to and from Odessa, and populated with major retailers such as Sam's Club," McAnally said.

As for manpower, McAnally said the project calls for 75 Jones Brothers employees and another 175 from 14 subcontractors.

Other project stats demonstrate the scope of the project:

The most notable part of the project involves the installation of a braided Highway 191 exit ramp that will be positioned over the existing on ramp. 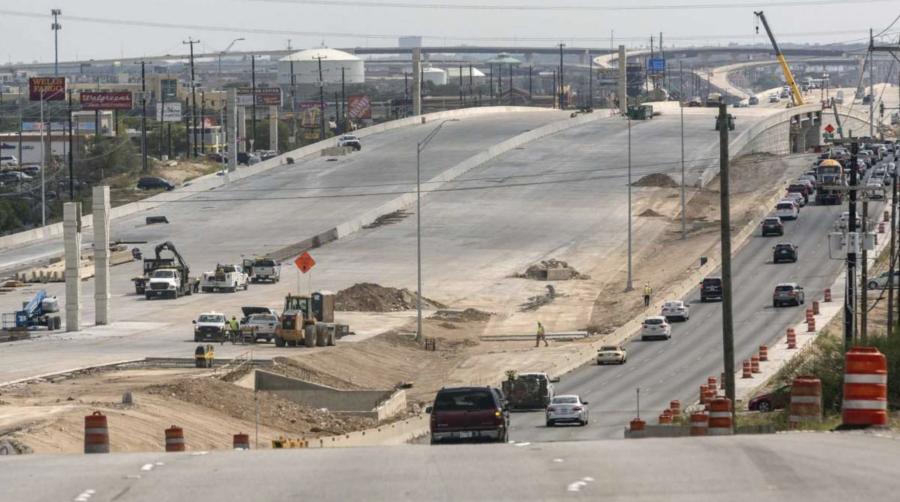 Another part of the project that's expected to help ease traffic flow: the addition of extra lanes to the Highway 191 and Loop 250 service roads.

Finally, recognizing that volume will continue to rise in coming years, Powell reported that pavement will be rehabilitated and intersections rebuilt with "full-depth" (10 in.) concrete instead of the current ultra-thin white topping — a thin layer of concrete of hot mix.

"We're making these improvements to help motorists be safer," Powell said. "Other than the braided ramp location, we are not changing the number of merging conflicts; but by reversing the ramps, with on ramps becoming exits and vice versa at other locations, we are moving the merging conflicts to the lower-speed, lower-traffic service roads.

"Even so," Powell opined, "driver safety is ultimately about driver behavior. If it was solely about the roads, then everyone would crash at the same location." CEG