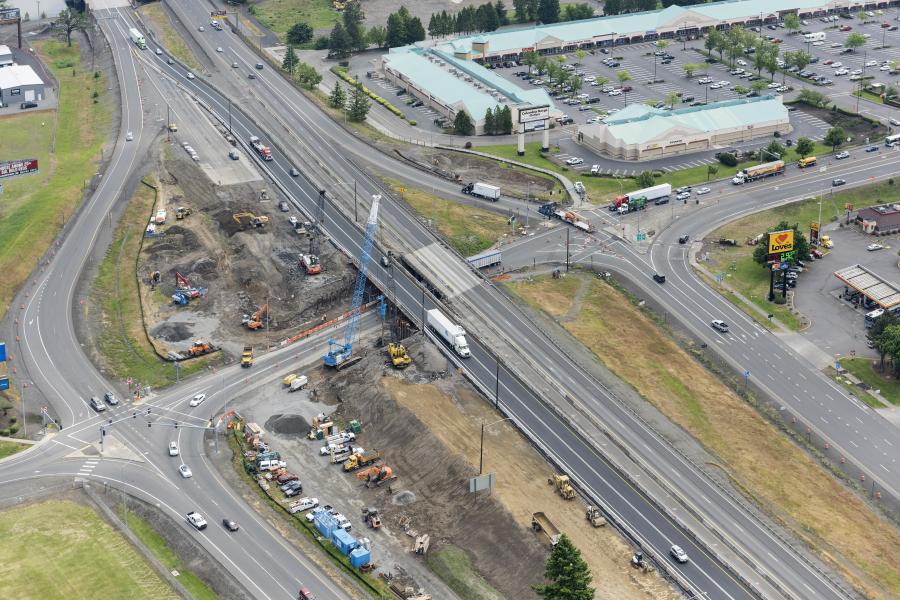 The Oregon Department of Transportation is working on an $18.8 million project to replace two bridges over I-84 in Troutdale. (Greg Westergaard and ODOT Photo)

Poor road surface combined with major new development in the area is triggering an $18.8 million project by the Oregon Department of Transportation (ODOT) to replace two bridges over I-84 in Troutdale.

"We're seeing a lot of new economic development in the area around Troutdale north of 84," said ODOT spokesperson Don Hamilton. "The new Amazon facility is going in there. So we're trying to make sure this area is smoother and a less congested traffic area for both the employees and trucks that are going to be serving the new Amazon facility. This area is growing. It's adding a lot of new jobs." 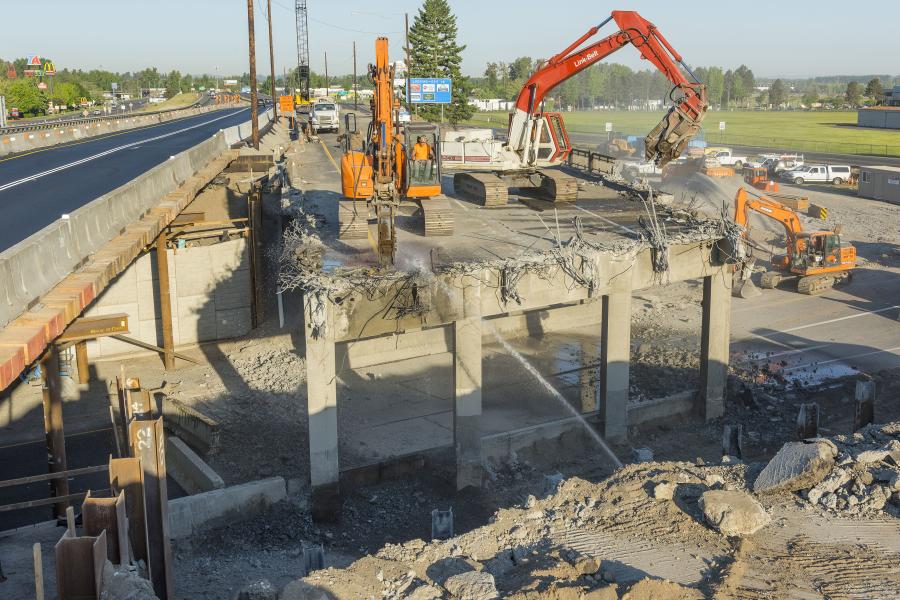 "Once the new bridges are in place, we'll take out the temporary bridge," Hamilton said. "This enables us to make sure we can keep the road open. We do everything we can to minimize the impact on the public. I don't want to say there is not going to be any impact because there inevitably is. Building two new I-84 bridges is not small and it's not cheap."

It's a full operation during the day with some work at night. ODOT is warning drivers that the night work involves bright lights and noisy activities such as cutting, drilling and moving construction equipment.

The vertical clearance on the new bridges will be raised to 17.3 ft., nearly 4 ft. higher than the 13.5 ft. clearance of the old bridges to better accommodate truck traffic. As part of the project, Graham Road beneath the bridges will be widened from two lanes to three. The existing road isn't wide enough to accommodate the northbound traffic generated by the development in the area. A sidewalk and bike path are also planned for the east side of Graham Road for pedestrians and cyclists. The road currently has narrow shoulders and no sidewalks.

Construction on the project began in February with completion scheduled for the westbound bridge this fall; and on the eastbound bridge in the summer of 2020. Graham Road improvements are set to be completed in the fall of 2020 with all work due to be finished in the winter of 2020. CEG