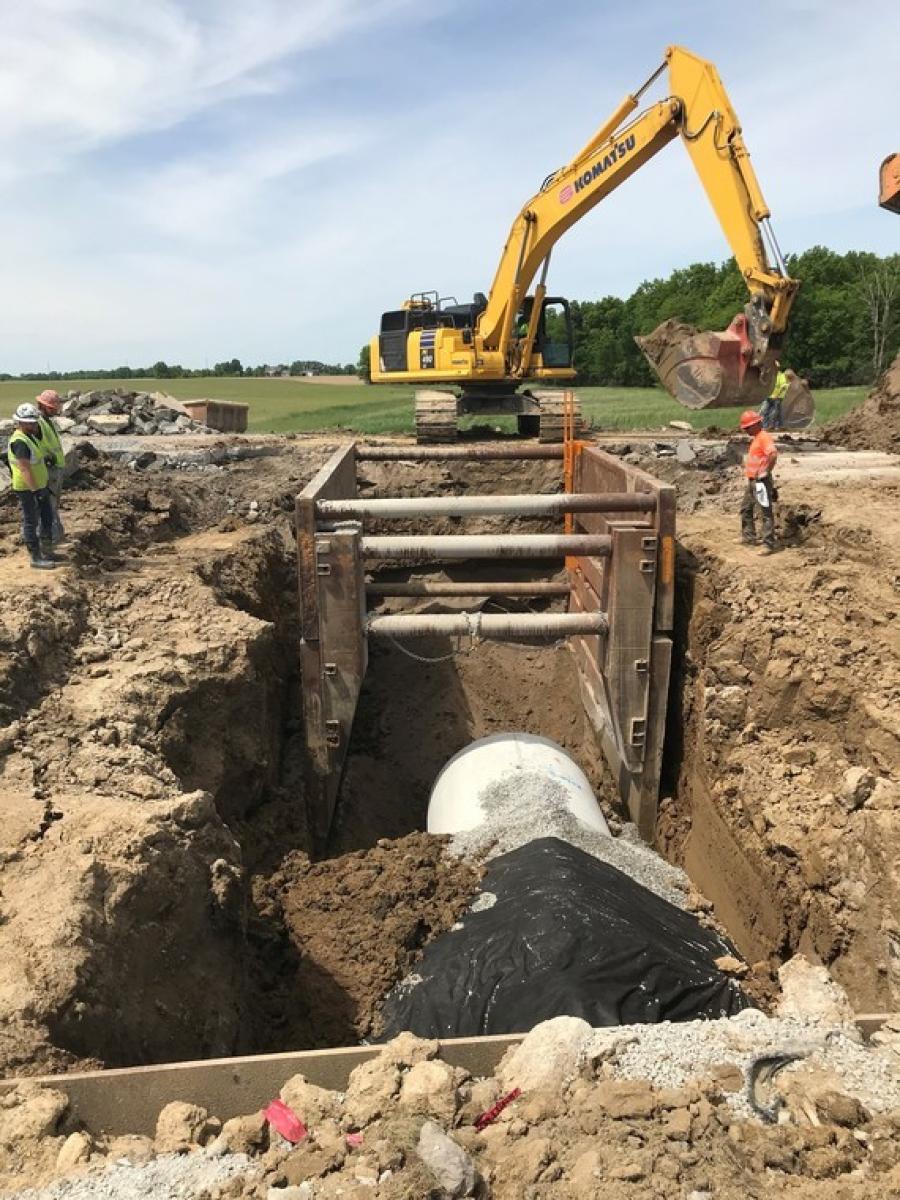 On May 17, heavy rains washed out a culvert and earth beneath the eastbound lanes of U.S. 30 near Upper Sandusky, Wyandot County, Ohio. An emergency culvert replacement project began to remove the failed corrugated metal culvert and replace it with a 78-in. concrete culvert.

Kokosing Construction Co. Inc. of Columbus was the general contractor of the project.

A concrete repair project already under way on U.S. 30 was delayed due to the emergency culvert repair. Once the culvert work is complete, work will resume on that project.

U.S. Route 42 between the city of Delaware and Horseshoe Road is closed due to a sinkhole that developed after heavy rains. 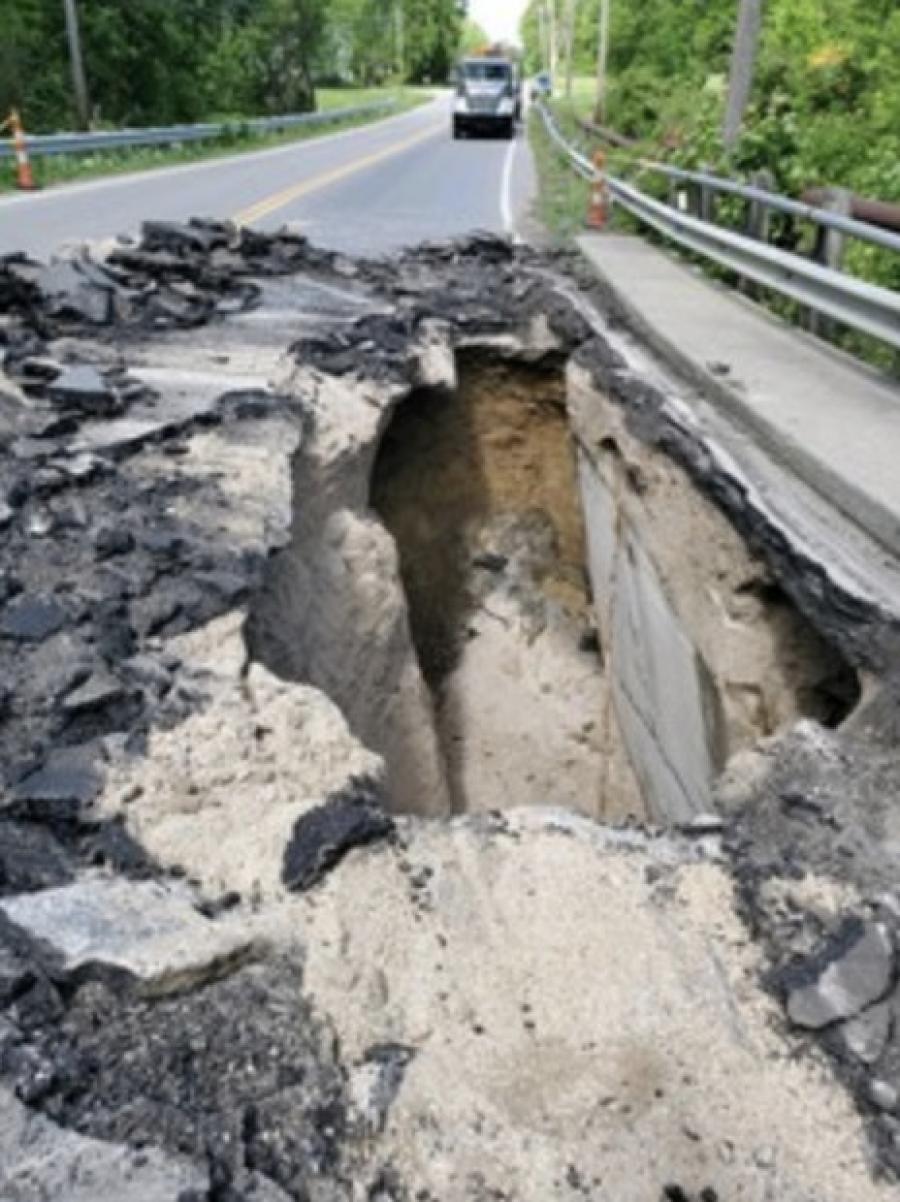 The culvert under U.S. 42 runs through a privately-owned dam that retains Greenwood Lake.

Upon inspection of the culvert and dam, the Ohio Department of Natural Resources (ODNR) and the Ohio Department of Transportation (ODOT) discovered a leak from the lake side of the dam washing away the dirt around the culvert inlet. ODNR, ODOT, Delaware County Office of Homeland Security and Emergency Management and the city of Delaware are working together to monitor the status of the dam and plan for necessary repairs.

In addition, ODNR and ODOT are working with the property owner on a fast solution to lower the water level in advance of future rain events, which includes stabilization of the sinkhole and pumping down the water level in Greenwood Lake. This is being done to prevent further damage to the dam and avoid any flooding downstream.

The owner is draining the lake and plans to make changes to the dam so it no longer retains a significant amount of water, which will return the water to its natural flow.

U.S. 42 is expected to reopen mid to late August.