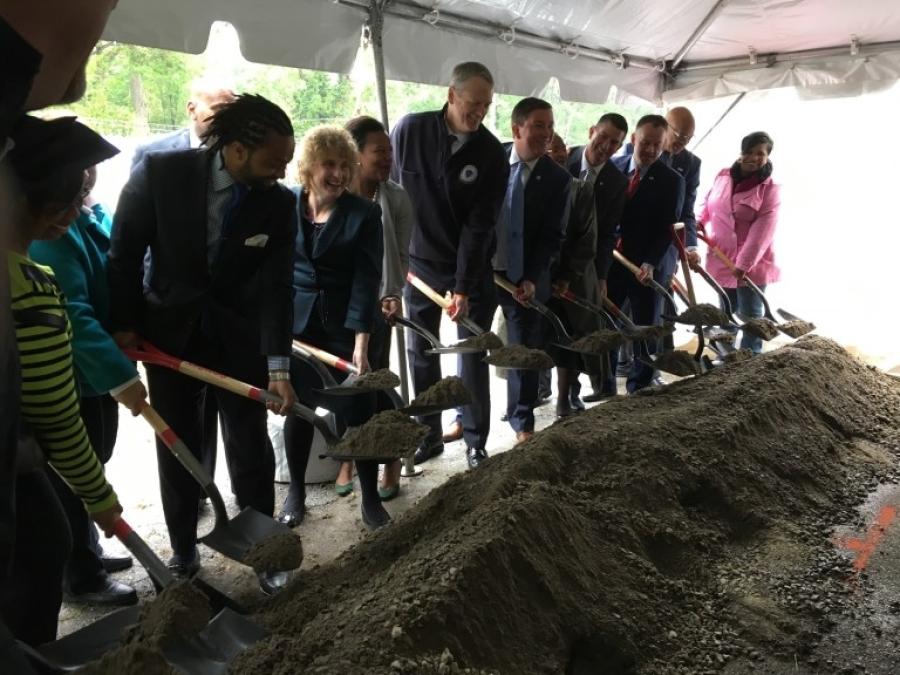 Officials held a groundbreaking ceremony to celebrate the construction of the new Blue Hill Avenue Station on the Fairmont Commuter Rail Line.

“This new station will serve as a vital connection to housing, jobs, retail destinations, and entertainment options,” said Pollack. “Having a commuter rail station stop off Blue Hill Avenue will open doors to a whole new world for many people who have been eager to have an efficient way to travel between their homes and downtown and to other major destinations.”

“Blue Hill Avenue Station wouldn't have been possible without a close working relationship with the neighborhoods we serve,” said Shortsleeve. “We're excited to provide another public transportation option to the community as we continue our major improvements along the Fairmount Line.”

Construction of the new Blue Hill Avenue Station on the Fairmount Commuter Rail Line will take place on weekends and in the evening weekday hours that began on June 3, for up to 24 months. During this time, weekend Fairmount Line trains will be replaced with dedicated shuttle buses between Morton Street and Readville Stations in both directions. Train service will be uninterrupted between Morton Street and South Station, in both directions. On weeknights, the last two outbound Fairmount Line trains from South Station will be replaced with dedicated shuttle buses serving all stops between South Station and Readville.