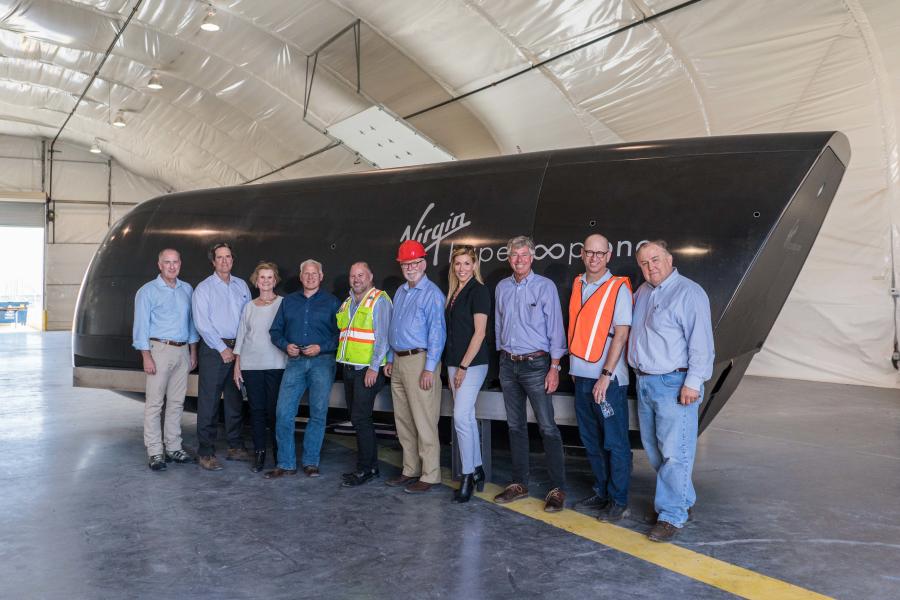 On July 11, the Dallas-Fort Worth Regional Transportation Council (RTC) announced that it will explore hyperloop technology for two major transportation initiatives across the state following a visit to Virgin Hyperloop One’s full-scale test track in the Nevada Desert.

On July 11, the Dallas-Fort Worth Regional Transportation Council (RTC) announced that it will explore hyperloop technology for two major transportation initiatives across the state. This announcement follows a recent visit to Virgin Hyperloop One's full-scale test track in the Nevada Desert, where the delegation examined the next-generation technology firsthand, and met with engineers at the company's Innovation Campus in Los Angeles.

Hyperloop is a new mode of transportation that allows vehicles to travel at very high speeds with minimal aerodynamic resistance by operating in a low-pressure environment utilizing next-generation magnetic levitation technology.

“The Dallas-Fort Worth Regional Transportation Council has proven itself as forward-thinking agency that wants to give its region a competitive edge by leveraging next-generation technology,” said Rob Lloyd, CEO of Virgin Hyperloop One. “Virgin Hyperloop One is excited to pursue these projects, which would transform what are now separate metropolitan areas into one economic megaregion connected by high speed transport.”

Later this year, the RTC will issue a Request for Proposals for a consultant team to complete the Tier 2 Environmental Impact Statement (EIS) for a high-speed corridor connecting Dallas, Arlington and Fort Worth. The RTC wants to consider both hyperloop technology and traditional high-speed rail in the environmental study of the route. A preliminary analysis by Virgin Hyperloop One engineers estimated a six-minute hyperloop trip between Dallas and Ft. Worth.

“As our region grows from 7.2 million people now up to 11.2 million by 2045, we are planning a transportation system that offers choices to our residents. Adding an option like hyperloop to the existing system of roadways, rail transit, bicycle/pedestrian facilities and high-speed rail to Houston would expand the system in an exciting way,” said Michael Morris, P.E., director of transportation of the North Central Texas Council of Governments. “Connecting other regions in Texas through hyperloop would open up economic opportunities throughout the state.”

In addition, the RTC has provided funding and has obtained additional funding commitments to undertake a conceptual feasibility study of high-speed technology including hyperloop to connect Fort Worth, Waco, Temple-Killeen, Austin, San Antonio and Laredo. This corridor will be requested to move into a more detailed Tier 2 EIS following the feasibility study.