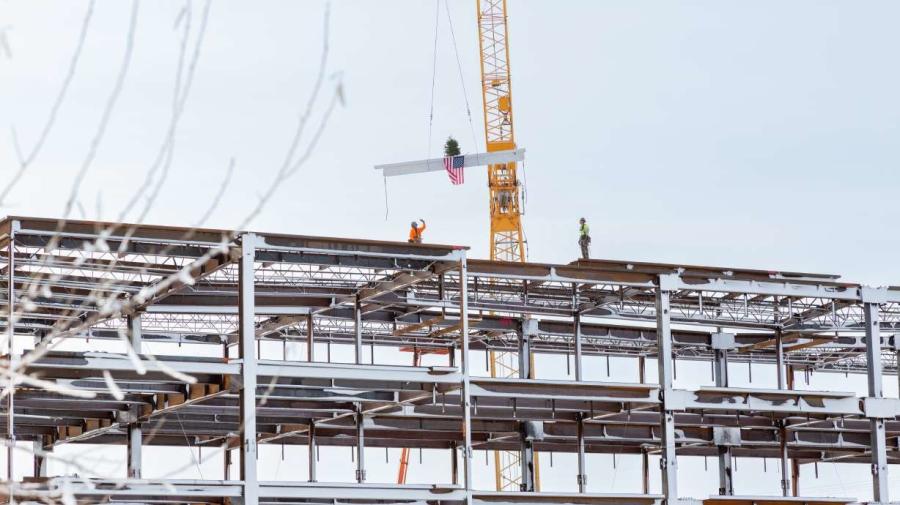 The Noorda College of Osteopathic Medicine reached a construction milestone as the final steel beam was placed on the structure.

Board members, founders, students, medical partners, construction teams and architects watched as a crane moved the beam into place. The beam was signed by hundreds of individuals involved in the project, including the 90 students enrolled in the college's inaugural class.

"As I look at the steel frame of this building, it is symbolic of the strength and determination of so many who believe passionately in the impact the Noorda College of Osteopathic Medicine will have — not only for the medical school and our students, but for this community and state," said Norm Wright, interim president of the college.

The beam held an American flag on one end and an evergreen tree on the other. The tree traditionally represents that the building was made safely, without any fatalities and with hopes for good fortune through the life of the building. The four-story building sits on a 30-acre campus at the south end of Provo, with a planned opening in Summer 2023.

John Dougherty, the college's founding dean and chief academic officer, said that the building was designed to be a home for medical students for generations.

"In this building, we will transform medical education and provide our student doctors with the tools and resources needed for them to become empathetic and compassionate caregivers," Dougherty said.

Former Utah Gov. Gary Herbert said that he and a group of people at Utah Valley University started working on a project to bring a medical school to the area in the late 1990s because of the growing population and medical need. He said he is excited to see the vision he had come to fruition now, with the Noorda College of Osteopathic Medicine.

"Utah is known for having good quality health care at very comparably affordable prices, in fact we're probably the best in the nation in that ratio of cost benefit," Herbert said, adding that this new medical school will help continue that tradition.