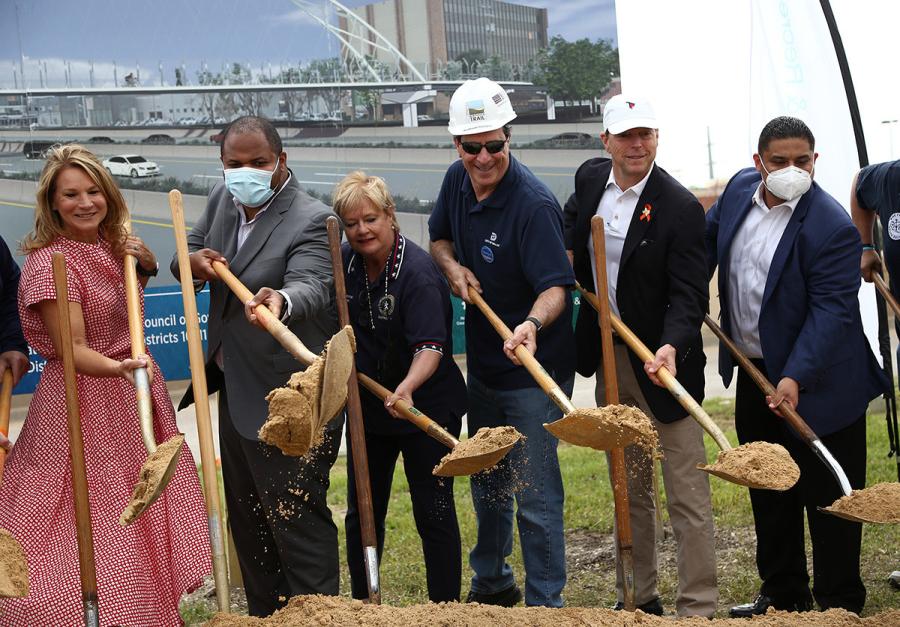 Officials gathered in May to commence construction on the new pedestrian bridge over U.S. 75.

Local leaders celebrated the official groundbreaking of a bridge that will link the pedestrian and bike trails on either side of U.S. Highway 75 in Dallas.

The $9.3-million project is a partnership with the city of Dallas, Dallas County, North Central Texas Council of Governments, TxDOT and Friends of Northaven Trail.

The ceremony marked a significant step for the Northaven Trail Pedestrian Bridge, which will give pedestrians and bikers a safe path over U.S. 75 North Central Expressway between Northaven Trail and White Rock Creek Trail.

Expected to open in 2023, the bridge and trail expansion will not only offer a straight shot to White Rock Lake for those traveling from the western side of the central expressway, but will also connect to a patchwork of other trails, offering access to nearly any part of the city.

Approximately 300 people showed up to the event, held in May at 11231 N. Central Expressway.

"We were thrilled to break ground on the Northaven Trail bridge," Kitner said. "It was wonderful to see so many friends and trail supporters as we get started on this project, which will significantly enhance pedestrian and bicycle connectivity for our city."

Current and former members of the Friends of the Northaven Trail board were among the attendees, and anyone who wanted to take a photo shoveling dirt was able to do so.

The bridge has been in the works since the mid-2010s.

Officials at TXDOT approved construction of the bridge in late February and early March.

Designs for the bridge were drafted in 2017 after land was purchased for the build earlier that year. The project will cost a little more than $9 million, according to February estimates from TxDOT.