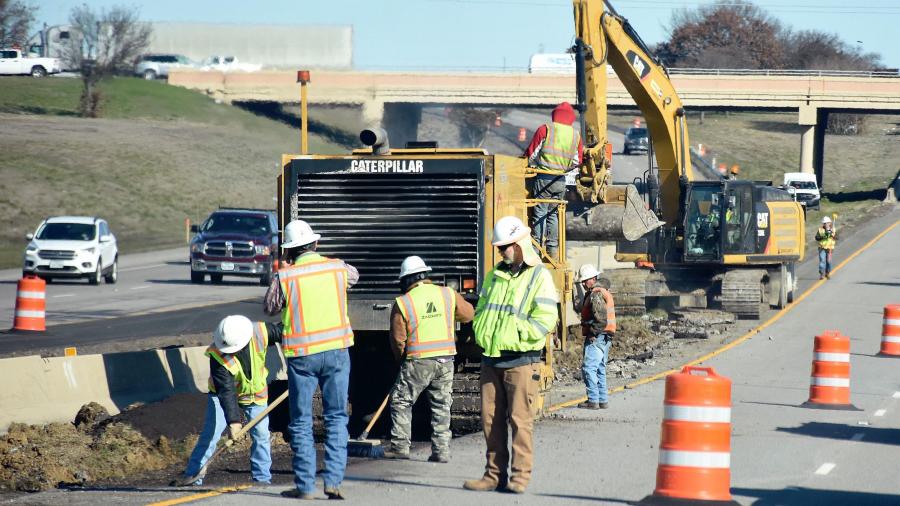 Officials from the Texas Department of Transportation recently held vitual meetings with public input on how to handle improvement projects on state highways.

Texas officials recently met — virtually — at public hearings to discuss highway improvements throughout the state. Potential fixes and solutions were brought to the table for some of the area's most troublesome roads.

The proposed project consists of the reconstruction and widening of approximately 13.7 mi. of U.S. 377 from north of BUS 377E in Pilot Point to U.S. 380 in Cross Roads. Improvements would include the expansion of the current two-lane rural roadway to a six-lane urban roadway with a raised median to provide additional capacity and improve safety. Improvements would consist of 12-ft.-wide travel lanes, 14-ft.-wide outside shared-use lanes and 5-ft. sidewalks with Americans with Disabilities Act (ADA) curb ramps in both directions through most of the project. Proposed drainage would be conveyed by curb and gutter, a storm sewer system and crossing culverts. Other improvements would include realigning the intersections of BUS 377 S at U.S. 377 and FM 424 at U.S. 377. The existing right of way (ROW) width would increase with the proposed project to 140 ft. The proposed project is anticipated to require 54.7 acres of additional ROW and 1.1 acres of proposed permanent drainage easements.

TxDOT also is proposing to improve 7.7 mi. of FM 741 in Kaufman County from U.S. 175 in Crandall to FM 548 in Forney. Improvements include widening from the existing two lane rural section to a proposed four lane divided urban roadway. The existing right of way width varies from 70 to 100 ft. and the proposed right of way for the project is 140 ft. wide from U.S. 175 to FM 2757 and 120 ft. wide from FM 2757 to the end of project.

The proposed U.S. 60 project will construct a new bridge interchange located southwest of Friona, between County Road 14 and County Road 15. The new bridge will span over U.S. 60 and the railroad, with new entrance and exit ramps to U.S. 60. The proposed project would require the acquisition of additional right of way, however, no residential or building displacements are anticipated.