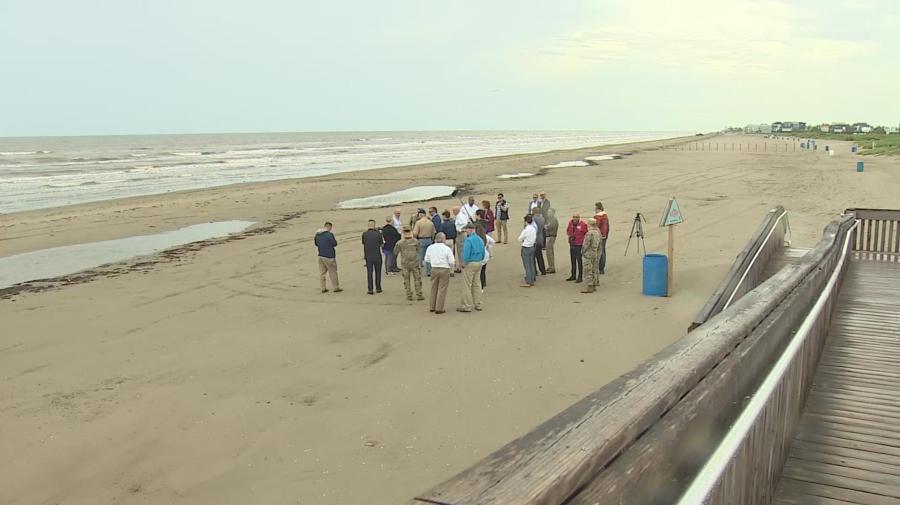 The 70-mi.-long barrier was first proposed after Hurricane Ike's 22-ft. storm surge devastated coastal communities in 2008. It's designed to protect human lives and the largest petrochemical complex in the U.S.

"We just spent the last several hours in a very productive meeting with the leadership with the Army Corps of Engineers and with the leadership here along the Gulf Coast," Sen. Cruz said in a statement. "It is very encouraging to see the steady and consistent progress we're making towards building a Coastal Spine that will protect the Gulf Coast from the next hurricane that we know is coming. This has been a long project in the making. Going back to Hurricane Ike and the initial discussions of an Ike Dike. That since expanded substantially and became a much more comprehensive system to deal with and prevent the catastrophic damage that a storm surge can cause.

"But it's also wise to learn from disasters in the past. I grew up in Houston," Sen. Cruz added. "If you live in the Gulf Coast, you're going to face hurricanes. That's just the way it's always been and I suspect the way it always will be. But we need to be smart and prepared and put in place strong mitigation to protect and keep people safe. And so, I want to commend the local leaders who are working so hard with the state leaders and with the federal leaders to come together with a smart, targeted, serious plan to try to minimize the damage of the next disaster that comes our way, and to try to protect human life to the maximum extent possible and protect our homes and businesses and economy going forward."

"When the refineries shut down for a skeleton crew during Hurricane Ike, gas in Ohio spiked 60 cents a gallon," said Weber. "What we do here has massive impact."

The House and Senate must reconcile their versions of the Water Resources Development Act, which both include a plan for the Ike Dike.

President Joe Biden will then need to sign the final bill into law, which Weber hopes will happen before November.

The federal government will provide 65 percent of the estimated $31 billion needed to build the Ike Dike. State lawmakers created the Gulf Coast Protection District to come up with the remaining 35 percent of funding.

The passage is part of the 2022 Water Resources Development Act, which also included numerous provisions to help Texas:

Under this plan, the U.S. Army Corps of Engineers is authorized to construct a protection system along the Gulf Coast, to better protect coastal Texas communities and infrastructure from major hurricanes and other storms and natural disasters.

This one-year waiver will help the Gulf Coast Protection District (GCPD) temporarily reduce expenses for its Sabine Pass to Galveston Bay project and provide the GCPD additional time to consider funding options for the non-federal financial share of the project.

This provision directs the Army Corps to release any easements held by the United States for purposes of navigation in Nueces County, Texas. The Army Corps holds a number of old easements that are no longer considered necessary, and the property interest would be returned to the Port of Corpus Christi, allowing for further economic development.

This provision directs the Secretary of the Army to convey the vacated USACE-Galveston District Regional Office in Corpus Christi to the Port of Corpus Christi.

This provision directs the Secretary of the Army to expedite its environmental impact review of the Sabine-Neches Waterway Navigation Improvement Project.

This provision authorizes the city of Corpus Christi's 7001 proposal to change the Packery Channel project's purpose, clarifying that FEMA is responsible for any damage caused by natural disasters.

Payment of Repair, Rehabilitation, Replacement Costs By Non-Federal Interests Under the Water Supply Act of 1958

This provision provides flexibility for non-federal sponsors to finance their share of the repair, rehabilitation and replacement (RR&R) costs associated with certain USACE water supply projects.

This provision authorizes the Army Corps to study flood mitigation concepts in the Lower Clear Creek Watershed and Dickinson Bayou. A 500-year storm event in the area has estimated damages over $1.75 billion affecting more than 20,000 structures. 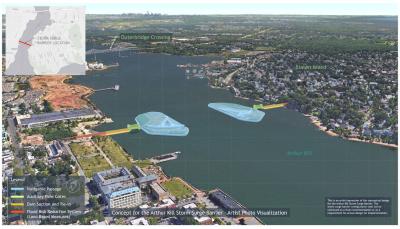 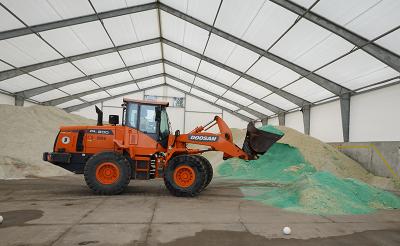