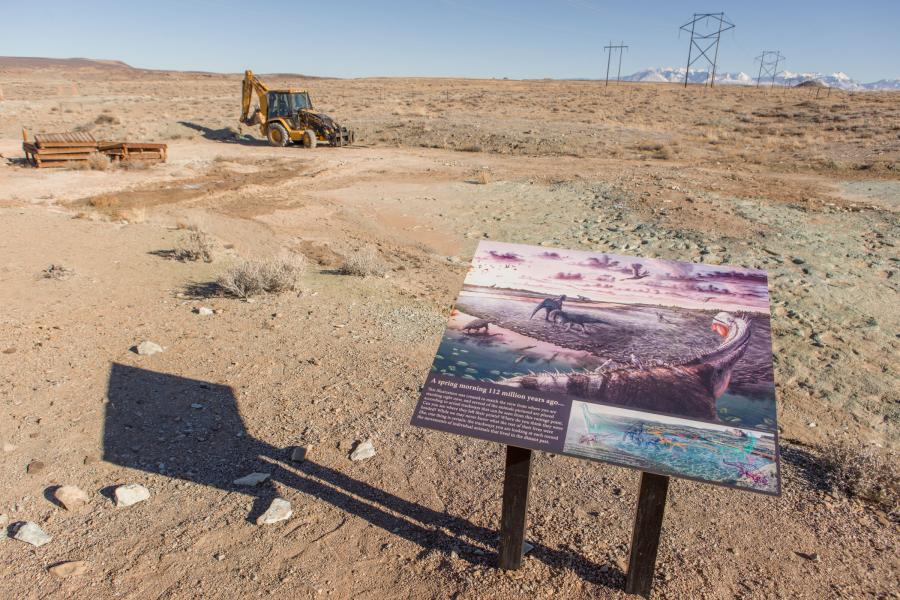 The BLM proposes to rebuild the trail using safer and more durable materials than those utilized in the original raised wooden boardwalk, which was built in 2014. The newly-built walkway would have nearly the same footprint as the old wooden boardwalk and it would be the same length as the previous boardwalk, which was approximately 230 ft. As well as replacing the boardwalk, the BLM would replace the platform under the shade structure and the platform which accesses the interpreted crocodile slide.

The trail is located 15 mi. north of Moab, Utah, off Highway 191. The trail is a popular destination for visitors as it is easily accessible from the highway. The original boardwalk was in need of repair to withstand the heavy usage.

The trail was built in 2015, using a raised wooden boardwalk so that the tracks themselves could be seen, but would not be at risk of being stepped on. This project resulted in a 230-ft., "E"- shaped wooden boardwalk with railings, along with a viewing platform for a crocodilian slide trace and a shade structure with interpretive panels. Visitors were provided with ample interpretation; a walk on the boardwalk allowed visitors to look down at the dinosaur tracks without causing damage to the tracks themselves.

Because of the construction techniques and materials used, the floor of the shade structure failed soon after it was installed. Later, the wooden boardwalk also started to deteriorate and became a potential hazard to visitors.