Ohio River Bridge in Parkersburg, W.V., to Get $50M Rehab in March 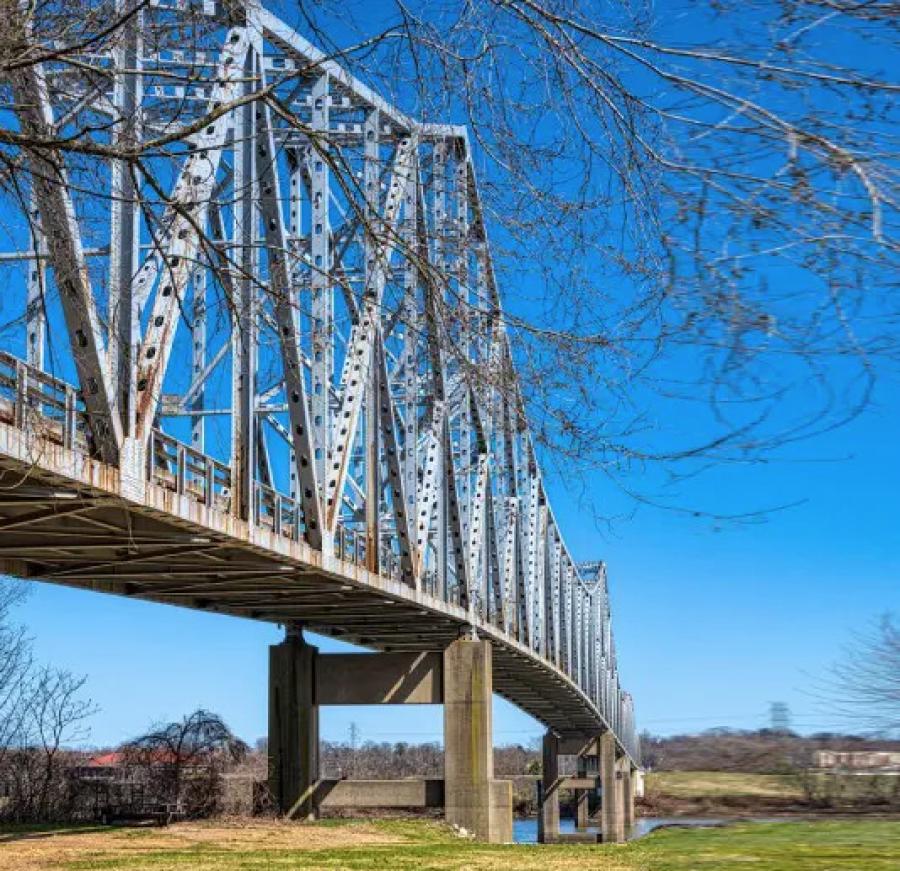 A $50 million rehabilitation of the tolled Memorial Bridge over the Ohio River, connecting Parkersburg, W.V., to Belpre, Ohio, is on track to begin next March, with nighttime closures no longer part of the plan.

"The bridge will stay open 100 percent of the time, but there will be one lane closed for the majority of the project," said Ken Szeliga, vice president of construction and operations of United Bridge Partners (UBP), the Colorado-based company that purchased the 67-year-old structure last spring.

Szeliga and Ryan Dolan, vice president of business development of PBP, spoke to members of the Belpre and Mid-Ohio Valley chambers of commerce during a lunch and learn event Nov. 9 at the Judge Black Annex in downtown Parkersburg.

"We're currently designing the overall project, and then we're going to start in quarter one of next year," Dolan said. "We're going to upgrade each of the main bridge elements to an overall rating of good."

The rehabilitation project is targeted for completion in October 2023. While it is going on, the bridge will continue to operate with toll-takers and tickets at the current rates.

Once the rehab work is done, though, the Memorial Bridge will transition to a no-stop, electronic tolling system. Motorists can purchase a transponder and pay a flat monthly rate, or a device will scan their license plate and bill them.

The News and Sentinel reported that replacement of the bridge deck was originally expected to be carried out by closing the bridge to traffic overnight, but Szeliga said the company decided on a different approach. Rather than utilizing the open steel grid design now in place, PBP plans to utilize a cast-in-place concrete deck system he said will provide a longer service life, while also shortening the project and making the work safer.

"Our commitment to the city is, at the end of the day, this bridge will have a minimum 50-year service life going forward," Szeliga said to the assembled group.

The city still owns the bridge as PBP works to complete permitting and other pre-construction tasks, expected to take place by the end of the year. Some work, though, will start in late November to replace rusted and damaged steel pieces to get the bridge ready for the placement of construction equipment, according to the Parkersburg news source.

The larger rehab project also will include repainting the bridge, but not before the existing paint, which includes lead, is safely removed, and contained, Szeliga said.

"Half the job of this project is painting, and it's quite an exhaustive job," he explained.

There also will be new lighting on the span, including decorative lights that can be changed for special occasions and provide illumination for Parkersburg's in-progress multi-use trail, a portion of which will run under the bridge.

PBP's Dolan told the News and Sentinel the Memorial Bridge is the sixth toll bridge rehabilitation project the company has taken on, in the fifth state.