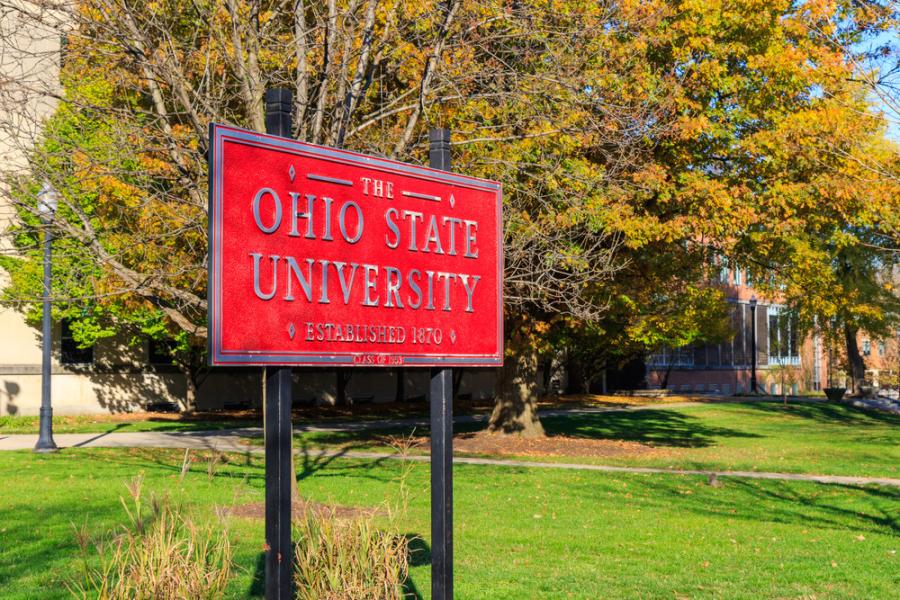 The Ohio State University Board of Trustees approved goals for President Kristina M. Johnson for fiscal year 2021, including authorization for the university to enter into $254M worth of construction contracts for the following projects:

Cannon Drive relocation — phase 2: The project will rebuild Cannon Drive between John Herrick Drive and Woody Hayes Drive and construct a flood protection levee. It will straighten the northern end of Cannon by eliminating the S-curve and creating a new signalized intersection at the east end of the river bridge and construct a bus pull-off at the southeast corner of Herrick and Cannon drives for the new hospital tower. Trustees approved $46.4 million in construction contracts. Total project budget is $59.6 million, to be paid with university debt, auxiliary and partner (Ohio State Energy Partners/ ENGIE) funds.

Energy Advancement and Innovation Center: The Energy Advancement and Innovation Center will be delivered in conjunction with the Interdisciplinary Research Facility to ensure consistent design and site construction. The building is centered around finding innovative solutions for energy reduction and will develop, demonstrate and deploy innovations in sustainable building design and performance. Trustees approved $31.5 million in construction contracts. Total project budget is $36.7 million, to be paid by partner (OSEP/ENGIE) funds.

Increases approved for new WOSU facility: The board authorized WOSU to fund final improvements for development of its new building at 14th Avenue and Pearl Alley. The site is part of the overall 15th + High development.

The board previously approved $29 million for the lease with Redstone Realty to develop the four-story property based on preliminary projections. Through the design and construction process and taking into account both savings as well as additions to the project budget, WOSU has determined that an additional $3.5 million is required to complete the project.