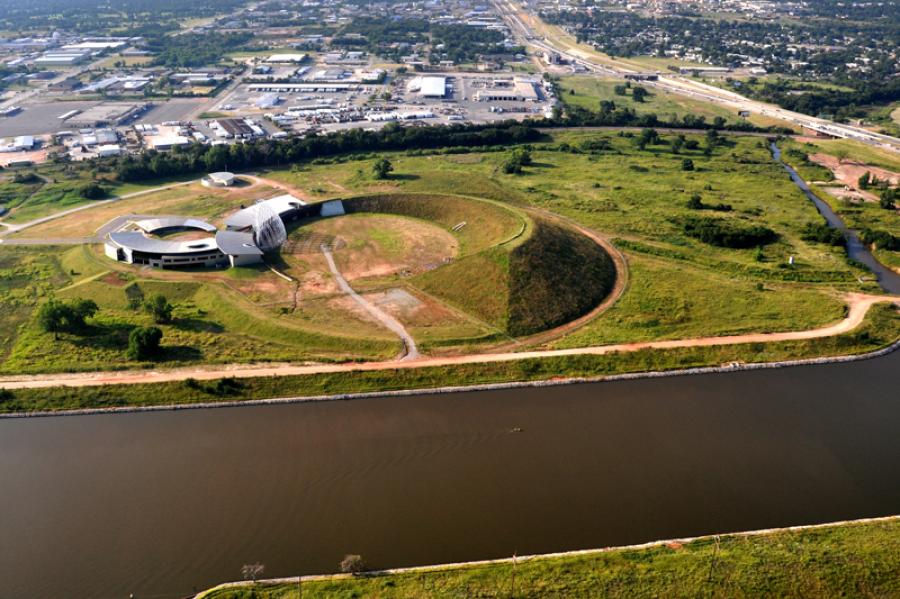 The museum, which began as a state project, spent about $90 million from 2006 until 2012. The exterior of the museum was near completion when funds dried.


The Oklahoma City Council is moving forward with completing the construction of the American Indian Cultural Center and Museum.

The Council's unanimous vote Tuesday supports agreements to complete the project with the Chickasaw Nation, The Oklahoman reported. The tribe guaranteed to cover operating deficits, up to $2 million a year, for the first seven years after the museum opens.

"We were probably close to the point of rejecting the state's proposal when the Chickasaw Nation stepped up" to partner for the project, said Jim Couch, city manager.

The museum, which began as a state project, spent about $90 million from 2006 until 2012. The exterior of the museum was near completion when funds dried.

Legislators passed the responsibility of the museum from the state to the city in 2015.

Native American Cultural and Educational Authority Director Blake Wade said the museum has received $20 million in donations so far. The city will be giving $9 million, and the Legislature authorized the state to borrow $25 million.

The Chickasaw Nation has committed to providing additional funds if the project exceeds $65 million.

"I'm confident this project would not be moving forward and have a path to further success if it wasn't for the involvement of the Chickasaw Nation," Couch said.

The center is expected to open by April 1, 2021, and will feature the state's nearly 40 federally recognized tribes.