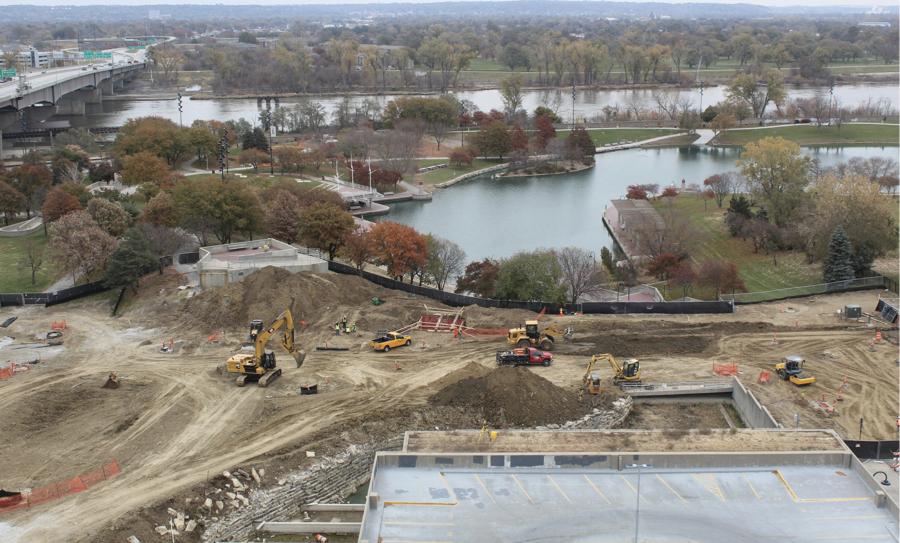 The Heartland of America Park closed at the end of 2019 with demolition on a waterfall feature, pavilion and “bunker” used for storage getting under way last spring. 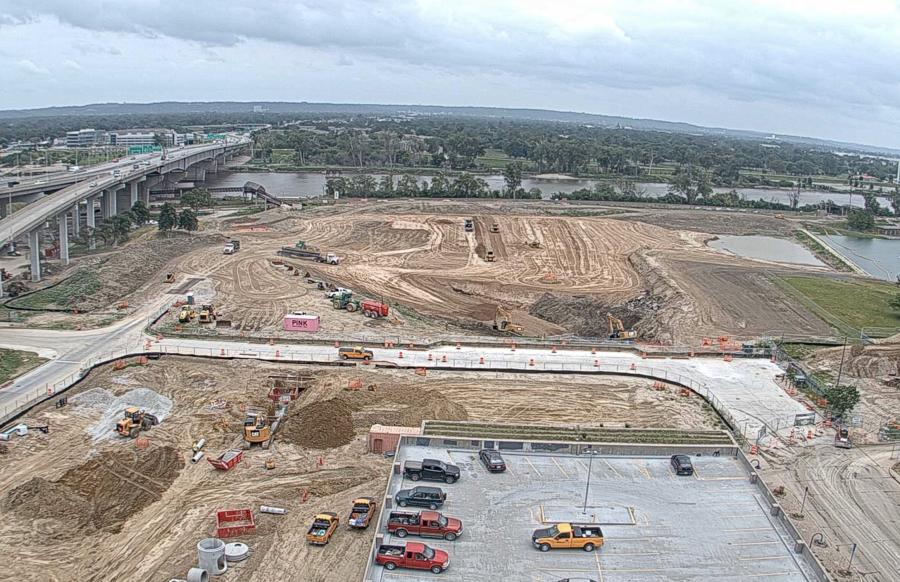 In downtown Omaha, construction crews are busy both tearing down and building up as they work on a three-phase park project certain to transform the riverfront city. The parks are existing, but separate. The $300 million project will connect the three, add new amenities and remove or modify those already in place. The parks were originally built in the early 1990s and encompass 90 acres, making this the largest construction project the city of Omaha has undertaken.

"There are three individualized personas," said Kristyna Engdahl, director of communications of the Metropolitan Entertainment & Convention Authority (MECA). "It encompasses the Gene Leahy Mall, smack in the middle of downtown, the Heartland of America Park, right along the river, and the Lewis and Clark Landing, east of downtown Omaha. It really means re-examining how we're utilizing the entire area. The project will make it more bicycle friendly and drive people back to the Missouri River, which is a huge resource. There will be community events, food festivals, a riverfront promenade — all in a setting of natural beauty."

Work on the Gene Leahy Mall started in March 2019.

After crews finished work on utilities, deep sanitary and sewer infrastructure, they began work in July on the amenities, which include water features, street and landscaping, a playground and sculpture garden.

The mall project also called for filling in a lagoon, reconfiguring pond walls and reshaping what remains. 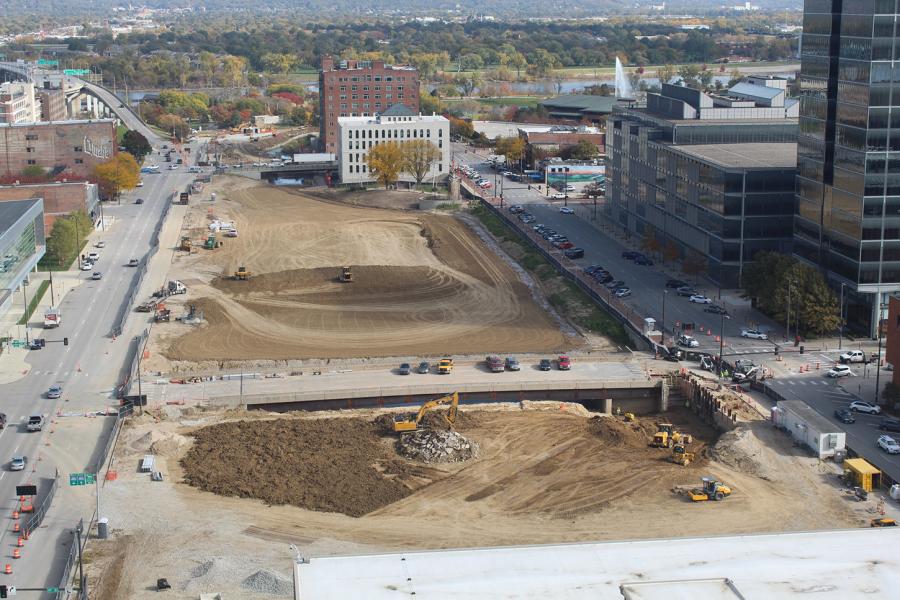 "If you looked at a picture of the Gene Leahy, it was a lagoon; sunken," said Engdahl. "All the trees and walking spaces were constructed at an angle. It took 9,300 truckloads of dirt to level it out. Some of the feedback indicated that folks wanted something more open. Something with longer visibility lines, something that made them feel safer to walk through. They are still working on grade, but it's nearing completion."

The 13th Street Bridge also was removed as part of the mall project, with many of the bricks, pavers and limestone being repurposed. Limestone was sent to a day camp where it is used for seating, and bricks were carefully stacked on pallets and stored to be used in the future as needed for cobblestone in the Old Market. The ground beneath the former bridge was built up and 13th Street repaved. The Gene Leahy Mall is set to reopen in 2022, weather permitting.

The Heartland of America Park closed at the end of 2019 with demolition on a waterfall feature, pavilion and "bunker" used for storage getting under way last spring. That will give crews a clean slate to begin work on the new features. That project included filling in Conagra Lake, which called for 26,000 truckloads of dirt to bring it up to grade.

"That will make way for the creation of a great lawn," said Engdahl. "That will be a nice open space where we're hoping to host large outdoor events and festivals. We're planning tons of cool amenities. One thing we are excited about is the installation of a skate ribbon. It will be used for roller and inline skates in the summer, then converted to ice skating in the winter. We're also planning interactive water features with a riverfront promenade that leads pedestrians and runners by the Missouri riverfront. That great lawn will be a feature unlike anything else in Omaha, capable of hosting thousands of people. Omaha is a nostalgic city. We're upgrading, but certain to maintain features that were beloved. One is the Conagra Fountain. We're reducing the lake in size, but the fountain also will be maintained." 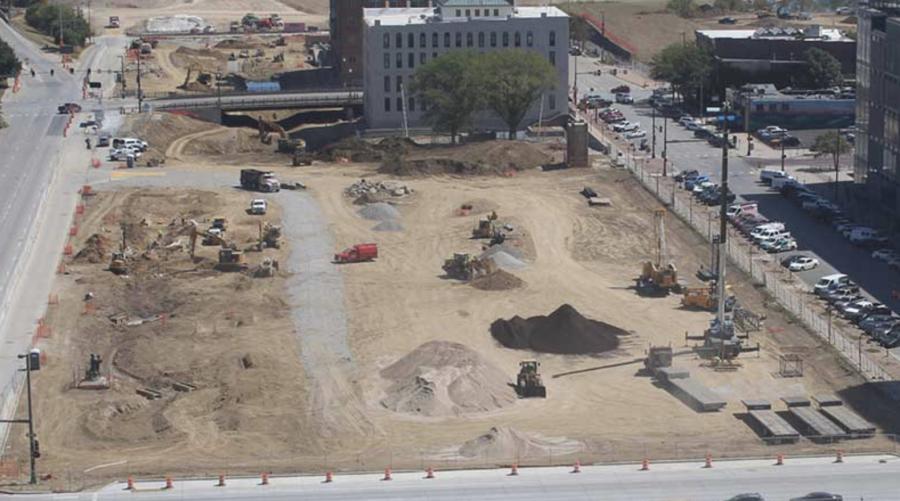 The park is scheduled to reopen in 2023.

One amenity that always catches people's attention for the upgraded Lewis & Clark Landing is a feature you might not expect to find in a thriving downtown — a beach.

"There is a flood wall at Lewis & Clark that must remain undisturbed, so part of the design was deciding what could exist in conjunction with that flood wall. We came up with an urban beach along the river. Lewis & Clark is above the river so you can't necessarily dip your toes in the water, but will have sand and firepits within eyesight of the river. We want people to take it in, but with safety and consideration."