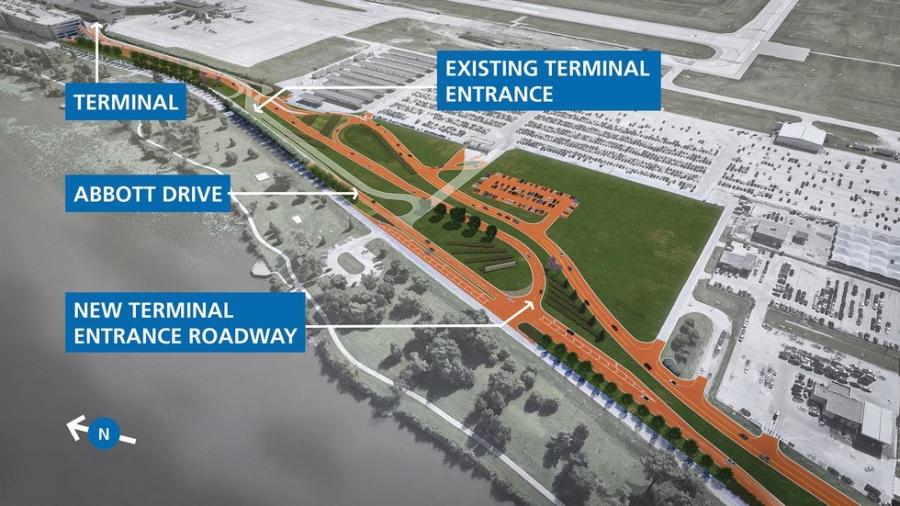 OMAHA, Neb. (AP) Work has begun on nearly $30 million in renovation projects that will change the entrance to Omaha's Eppley Airfield and upgrade one of the national airport's garages.

The entrance to the airport terminal will be moved about a quarter mile south, toward downtown along Abbott Drive, the Omaha World-Herald reported, under a project estimated at $20.8 million. The change comes following several studies in recent years showing the need for a longer and wider entrance that will give drivers more time to make maneuvering decisions.

The $8.3 million in improvements to the airport's south garage will include construction of an express ramp to provide access to premier parking and provide wider parking stalls.

Both projects include new signs, lights and landscaping.

Construction began June 16 and is slated to be finished by late 2022. Both the terminal and south garage will be open during construction, although drivers may encounter occasional minor detours or closures.

Most of the funding for the projects will come from Omaha Airport Authority revenues, but the terminal entrance project is getting a $12 million boost in grants from the Federal Aviation Administration.