One Dead, 12 Hurt in Construction Explosion 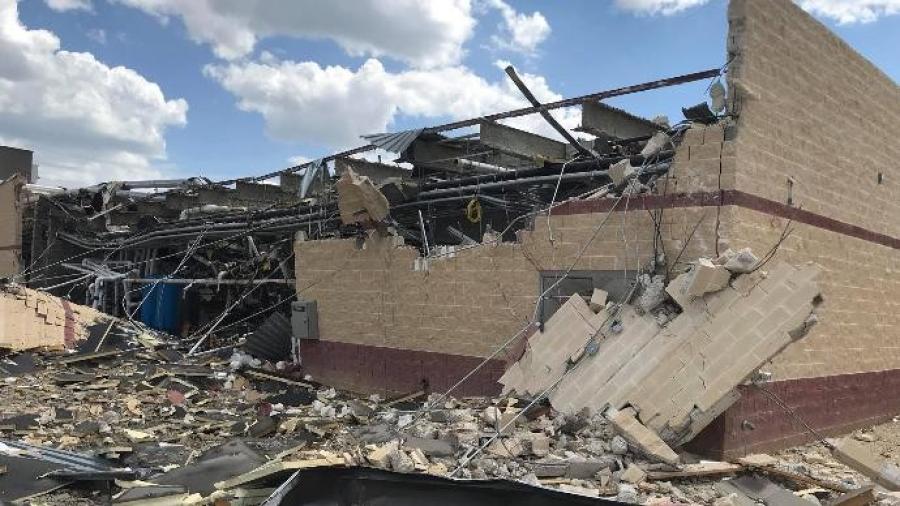 The explosion was reported about 2:30 p.m. June 26 at a construction site at the 25-bed hospital in Gatesville, 36 miles west of Waco. (Gatesville, Texas Police Department Photo)

One construction worker was killed and a dozen others were injured after an explosion at an addition to a Texas hospital June 26, 2018, authorities said.

Bob Harrell, the Coryell County emergency manager, said all of those killed or injured were construction workers and not hospital staff or patients.

The incident was reported about 2:30 p.m. June 26 at a construction site at the 25-bed hospital in Gatesville, 36 miles west of Waco. Witnesses said an electric generator inside an uncompleted hospital expansion exploded, spreading shrapnel. However, Dave Byrom, the hospital's chief executive, said the blast possibly started with a gas line.

The explosion caused part of the construction project to collapse, Harrell said.

Those injured were taken to trauma centers in Temple 34 miles to the southeast, and those sustaining severe burns were airlifted 110 miles northeast to Parkland Memorial Hospital in Dallas, Harrell said. Three or four were in critical condition, said Dr. Jeff Bates, the hospital's chief medical officer.

Byrom said damage from the blast prompted the hospital to relocate its 12 existing patients to facilities in nearby cities, along with about 120 residents of the care homes that are part of the hospital campus.

A spokesman for the Texas-New Mexico Power Company said the explosion knocked out power for a large portion of the city. Spokesman Eric Paul said most service had been restored within three hours of the blast.

Gatesville has a population of about 12,400.