The rehabilitation work on the Lewis and Clark River Bridge called for the replacement of western approach span, originally constructed of timber. 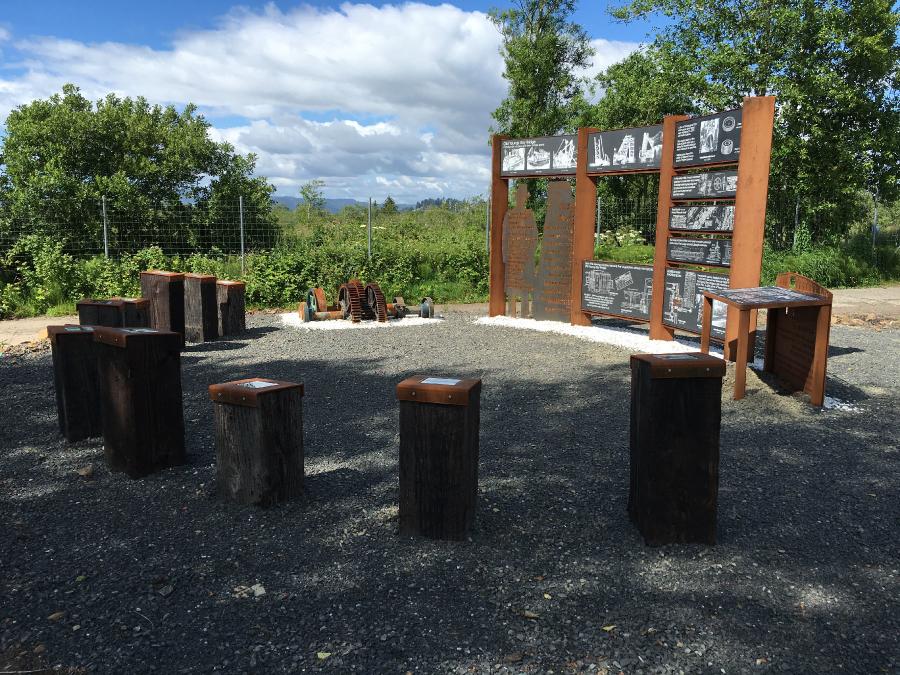 The Oregon Department of Transportation has unveiled its new bridge interpretive display honoring famous bridge designer/engineer Conde B. McCullough. The display is in Astoria at the west end of the Lewis and Clark River Bridge on U.S. 101 Business — formerly the original Highway 101.

The display came about after major repairs were necessary on the Lewis and Clark River and the Old Youngs Bay Bridges, both draw bridges designed by McCullough and built in the 1920s. The rehabilitation work on the Lewis and Clark River Bridge called for the replacement of western approach span, originally constructed of timber. It was replaced with concrete and steel pilings.

“Rebuilding the west approach was considered an 'adverse effect to the historic resource' under federal regulations so ODOT is required to provide mitigation,” said ODOT spokesman Lou Torres. “As part of the required mitigation, ODOT contracted to design and construct an interpretive display about the bridges.”

The work on the Old Youngs Bay Bridge involved replacing the guts of the bridge. The bridge is a mix of original parts and piecemeal upgrades done over its lifespan, said Melissa Sutkowski, ODOT project leader.

“We are replacing the original components with new electrical components to allow bridge to operate safely and efficiently.”

The bridge display is about 30 ft. (9 m) by 20 ft. (6 m) in size. The purpose of the display is to give visitors a sense of the history of the bridges and a connection to them, Sutkowski said.

“Suenn Ho Design of Portland was hired by ODOT to complete design fabrication and installation of the display,” Torres said. “The display incorporates historic materials salvaged from both bridges, including the old gears from the Old Youngs Bay Bridge, and wood posts from Lewis & Clark River Bridge. Also included in the display is information on the unique history of the bridges and McCullough.

“Suenn Ho also performed school outreach for the project, and partnered with the local school district to involve both high school and elementary school students in the display.

“The Astoria High School shop class fabricated a time capsule, which is incorporated into the display. A poetry contest was held at Lewis & Clark Elementary School involving the 3rd, 4th and 5th grade classes. Students submitted poems and drawings about what the bridges mean to them. These submittals are sandblasted into the stone panels and featured on the interpretive display, and the originals will be placed in the time capsule.”

The outdoor display cost about $250,000 and is permanent.