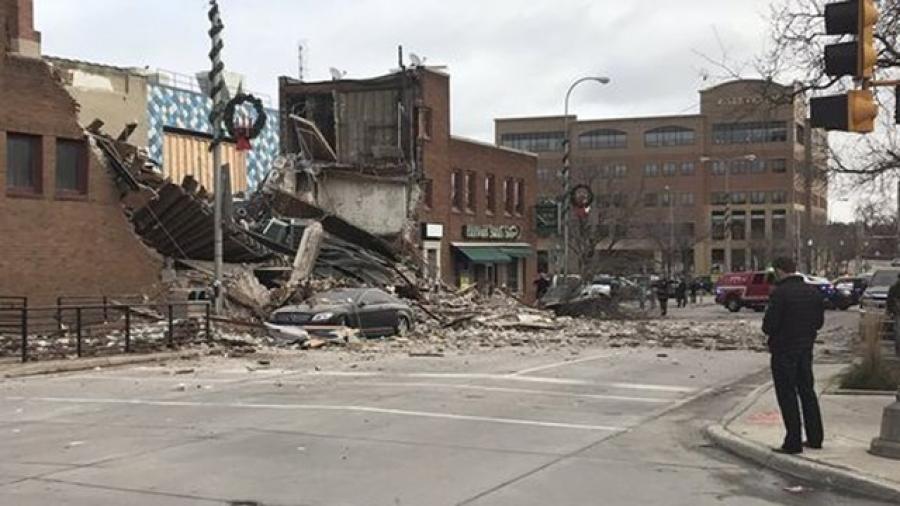 As the community of Sioux Falls continues to mourn the loss of Ethan McMahon, the 24-year-old construction worker killed in the Philips Avenue Building collapse, many people are asking how this could have happened.

The answer to that very real question may take some time as the city of Sioux Falls has turned over the scene to federal investigators.

“The city is not conducting any investigation in this matter,” City of Sioux Falls Emergency Manager Regan Smith said. “The investigations will be done by the property owner, their representatives, their insurers and I understand OSHA will probably be here.”

“OSHA has opened an investigation into Hultgren Construction, LLC into the building collapse that occurred in Sioux Falls,” OSHA Spokesman Scott Allen said.

OSHA investigators and engineers have been at the scene for days trying to determine what caused the collapse.

“This was a preventable incident we believe,” Allen said. “Anytime a construction worker or anyone is killed on the job, OSHA is going to look very closely at all of the details that happened and try to determine what caused the incident.”

“I know they were going to try and make it one building,” Tim Kant said. “Make it one so Lewis Drug could move in.”

Bell says city building officials met with the property owners in April to discuss preliminary ideas for the Copper Lounge and Skelly's building.

The city of Sioux Falls says right now the construction company only had a permit for renovations to the Copper Lounge building, but not to work on the connecting wall.

“To date there hasn't been any architectural or structural submittals for us to be able to issue a building permit,” Bell said. “Whenever we're issuing a building permit, we're looking at whether the construction is going to meet minimum life safety standards.”

KSFY spoke with members of Hultgren Construction who were at the collapse scene Monday; they did not comment but said their lawyers would be issuing a statement shortly.

The OSHA spokesman said it's rare for criminal charges to be brought, but if their investigators find the construction company did not meet OSHA's safety standards, they could be facing future fines and likely many more lawsuits.