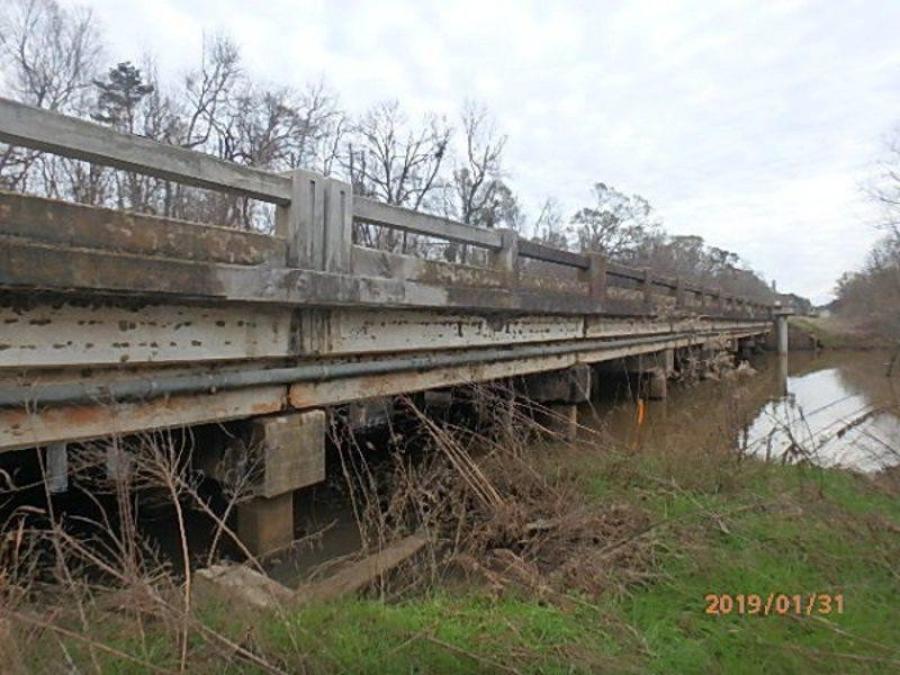 The Pachitla Creek bridge in Calhoun County that will be replaced, along with two creek overflow bridges. This photo is from the last bridge inspection. (Georgia Department of Transportation photo)

The largest single contract awarded statewide will replace bridges along State Route 37 over the Pachitla Creek and two other creek overflows in Calhoun County. The approximately $6.3 million contract was awarded to Oxford Construction Co. in Bainbridge, Ga.

The old structures are located about a mile west of the community of Dickey. They were built in 1921, widened in 1955 and no longer meet current design standards. Traffic will be detoured during construction, which is expected to be complete in the spring of 2022.

Notice to Proceed orders were issued to the contractor in July, but substantial building had not yet begun as of Aug. 14, said the GDOT

Two other contracts will benefit motorists who travel county roads in Berrien and Turner counties. Those upgrades include new highway signs, striping and pavement markings and will vary by road. The projects will be done at 25 locations in Berrien County and 21 in Turner County.

Georgia DOT maintains state routes, while county governments are responsible for the upkeep of their roads. However, GDOT receives federal funding annually that allows for completion of 20 to 25 safety projects statewide on non-state routes. These safety upgrades have been done in more than half of the 31 counties in the southwest Georgia area.

"It's important because 40 percent of overall crashes we have statewide are on off-system routes. We wanted to address that because our main goal at GDOT is to reduce crashes," said Charity Belford, program manager of Georgia DOT's local grant office in Tifton.

"The sign and striping upgrades are where we can get the most bang for our buck."

Start dates have yet to be announced for the Berrien and Turner County contracts.