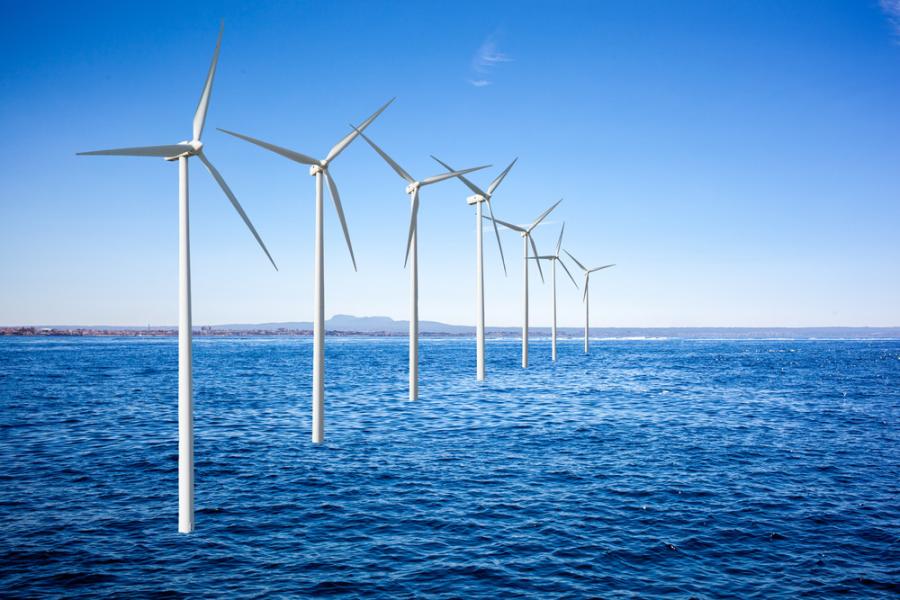 A wind farm set for construction off North Carolina's Outer Banks would create nearly 200 full-time jobs in the Tarheel State and Virginia following its completion.

An economic study by alternative energy developer Avangrid Renewables calculated the project would add $2 billion to the region's economy over the next 10 years.

Construction of the Kitty Hawk Offshore Wind Project is set to begin in 2024 in an area roughly 27 mi. offshore from Corolla, N.C., covering 122,405 acres. The work's completion is expected to be in 2030.

When all phases are complete, the wind farm is expected to have a generation capacity of 2.5 gigawatts, enough to power 700,000 homes, the report said.

The wind farm's construction is expected to create 800 jobs. Once operating, the offshore array of turbines will produce 193 full-time jobs in Virginia and North Carolina including turbine generator technicians, welders and vessel managers, according to the report. Support companies and services could add nearly 800 more jobs.

The Kitty Hawk project is the second in the region that would boost the Hampton Roads economy. A Dominion Energy wind farm off the Virginia Beach coast, expected to be finished in 2026, would generate 1,100 Hampton Roads jobs and pump $740 million into the Virginia economy, according to a separate economic impact study done for Dominion.

The wind farm off the northern Outer Banks would generate $100 million in additional income and sales tax revenues to Virginia and Virginia Beach. The company opened a regional office in Virginia Beach over the summer. It is not certain where in Hampton Roads the maintenance and operation facilities will be, said Avangrid Renewables spokesman Morgan Pitts.

The economic data was collected from Avangrid Renewables, the U.S. Bureau of Economic Analysis, the Bureau of Labor Statistics, the National Renewable Energy Laboratory and economic impact studies of other offshore wind developments, according to the study. It was part of a construction and operation plan submitted Dec. 11 to the Bureau of Ocean Energy and Management for the Kitty Hawk Offshore Wind Project.