In 1914, the opening of the Panama Canal forever changed the way cargo was shipped throughout the world. 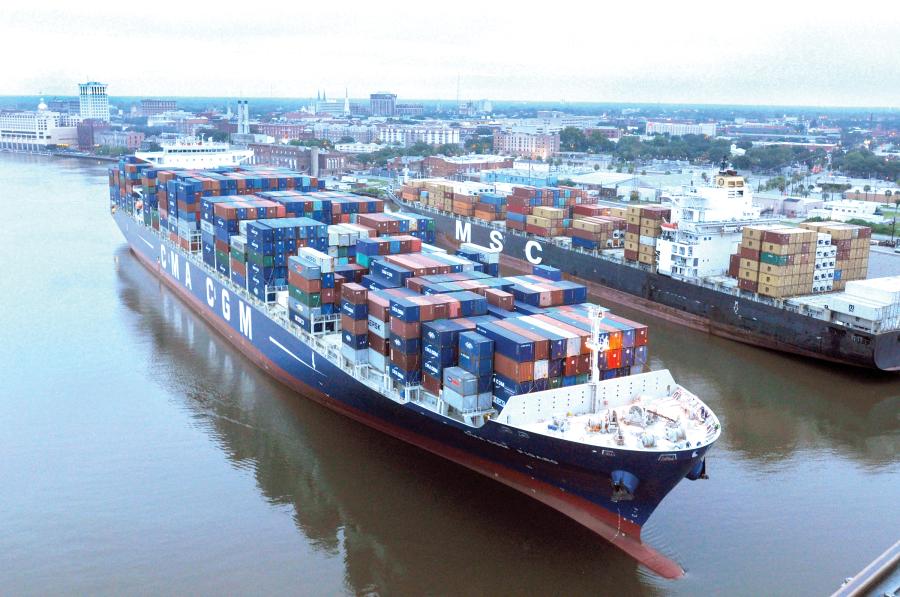 A $706 million project began last fall in the Port of Savannah to deepen the Savannah River, but the river is still too shallow to allow the largest possible ships.

In 1914, the opening of the Panama Canal forever changed the way cargo was shipped throughout the world. In April, the Panama Canal Expansion opened after a $5.2 billion, nine-year project and caused major changes in modern maritime trade. The project included the addition of a third set of locks as well as a new access channel to the Pacific, and dredging to improve navigational channels. The new lock allows vessels with up to 14,000 TEUs to pass through, as opposed to the previous maximum of 5,000 TEUs. The canal's capacity has doubled, allowing more cargo to go through to North America.

With the new ease of access to east coast ports, many cities are being forced to update their facilities in terms of both size and technological advancement. The American Association of Port Authorities (APAA) is anticipating spending $9 billion each year in port renovations. This will be split into three categories: land-side connection in and out of ports, water-side connections and port facility infrastructure.

The land-side connections will be expanding road and rail access to the terminals. Water-side connections include deepening and widening certain ports to allow for larger ships to gain access.

Both Jacksonville, Fla., and Savannah, Ga., are in the process of creating more depth in their harbors. A $706 million project began last fall in the Port of Savannah to deepen the Savannah River, but the river is still too shallow to allow the largest possible ships. The project is around 15 percent complete. With these limitations aside, the Port of Savannah has become the fourth largest port in total TEU volume.

The Port of Savannah recently docked its largest ship yet, the MOL Benefactor, a ship with a 10,000 container capacity.

The port authority of New York and New Jersey is in the process of raising the Bayonne Bridge from 151 ft. (46 m) to 215 ft. (65.5 m) to allow for the passage of cargo vessels below it. Other cities on the east coast, such as Miami, Charleston, Baltimore and Fort Lauderdale, also are in the process of renovations to their facilities to accommodate the ships coming in from the Panama Canal.

The improvements to the canal are not only creating business for the ports, but also some inland cities on the east coast. Greenville is one of many east coast cities creating warehouses and industrial parks. With more cargo coming in for a cheaper rate from Asia, there need be more facilities build to house it. There are now more than 6 million ft. (1.8 million m) of warehouse space under construction in the Greenville region.