Past Is Prologue: Engineers See Big Future in Once Highly Used Building Material

The substance rivals the strength of steel and concrete, and is lightweight and bendable. Even better, it grows naturally all over the world. 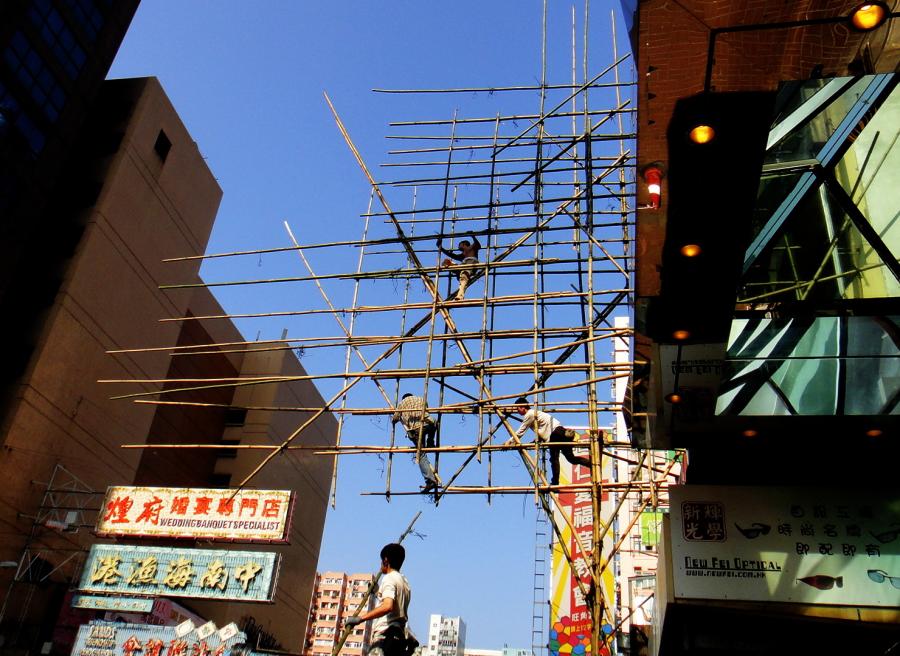 Scientists and engineers from around the world recently convened at the University of Pittsburgh for a conference on what they believe could be the building material of the future.

The website The Week is reporting that scientists and engineers from around the world recently convened at the University of Pittsburgh for a conference on what they believe could be the building material of the future. The substance rivals the strength of steel and concrete, and is lightweight and bendable. Even better, it grows naturally all over the world.

They were talking, of course, about bamboo.

Forget that people have been building with it for thousands of years — over the last century, bamboo has fallen out of favor, abandoned by builders and ignored by engineers. That could finally be changing, says Bhavna Sharma, an engineer and architect at the University of Bath, England, who attended the conference. "With the increase in interest in sustainability and carbon emissions, natural materials are experiencing a renaissance."

A type of woody grass, some 1,200 species of bamboo grow around the world, in a belt that extends from southern and eastern Asia, across Sub-Saharan Africa, to North and South America. Under tension, some species have about half the strength of steel. Under compression, they can surpass the strength of concrete. Stalks just an inch or two wide can grow 40 feet high — an amazing ratio, says structural engineer Kent Harries, who led the conference. "I cannot build a building like that." What's more, it can grow as much as three feet per day, making it quickly renewable. "Basically, nature got it right," Harries says.

As of now, bamboo hasn't been vetted by the plethora of tests and trials that help engineers judge the safety and reliability of a building made out of concrete or steel. "We're trying to backfill the science behind the material," Harries says, "to bring it up to the same level of understanding we have for timber or steel."

The first challenge is variation between species. "To say 'bamboo' is like to say 'wood' — oak is very different from pine," Harries says. Each of the 15 or 20 bamboo species routinely used for construction handles tension, compression, and bending differently. "The same species will have different properties when harvested at different times, different elevations," he says. Its mechanical properties can even change depending on what time of day it is harvested. "I need a way to be able to speak to the engineers, the technical folks, and communicate that," he says.

The second challenge is that in its natural round, or "full-culm" state, each piece of bamboo is slightly different. Bamboo also splits easily, which is why joints are traditionally constructed without nails, says Sharma. Usually, connecting poles are lashed together with a pre-soaked fibrous material, she says, which then shrinks and tightens as it dries. Because of variation in species and pole diameters, a joint that works for one species of bamboo might not work for another. "Having a circular cross-section makes it very complex to form joints, and that's one of the main barriers for adoption of bamboo," Sharma says.

Numerous universities and companies are working on bamboo coupling systems that could be transferred from one situation to another. In 2015, Penda, a Beijing architecture firm, built a prototype of a modular bamboo structure, with interlocking triangle supports. "It's a flexible system that you adapt to these imperfections," says Penda co-founder Chris Precht.

The modular structure could be quickly erected as an emergency shelter after natural disasters, or scaled up into a multi-story apartment building, Precht says. Harries also noted bamboo's potential as an emergency shelter — in many places, construction-capable bamboo grows naturally, and could be deployed faster than tents or other shelters which have to be shipped into disaster zones.