Paving Crew Smooths Over Traffic Challenges Along Kentucky's I-275 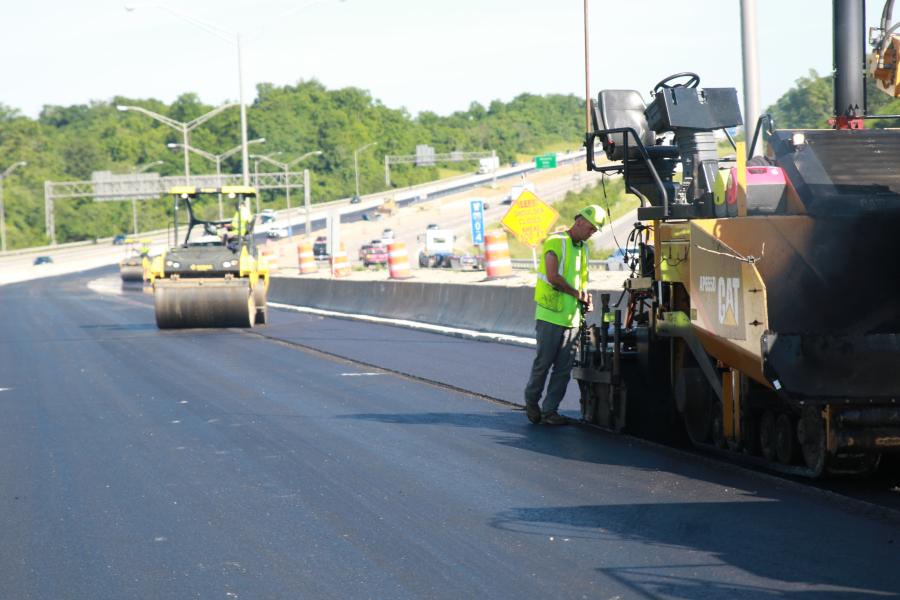 The $30M paving contract for Interstate 275 was awarded to Eaton Asphalt Paving Company of Walton, Ky., in April.

Construction crews in Kentucky have something of a challenge on their hands, managing high volumes of traffic while rebuilding 3.5 miles of mainline Interstate 275 and a mile of two-lane ramps to Interstate 75.

"It just really makes it challenging to deal with material access and access to the construction site in general with the volumes that go through there," said Robert Franxman, transportation engineer specialist with the Kentucky Transportation Cabinet. "I-75 is right around 200,000 vehicles per day and I-275 in that area is about 110,000 per day." 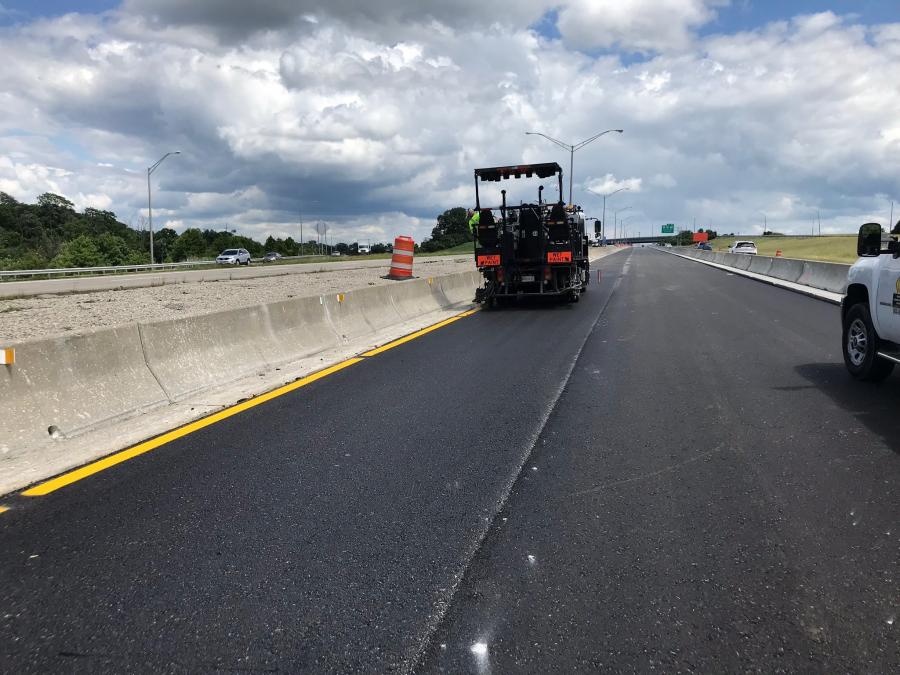 The contract went out in April and was awarded to Eaton Asphalt Paving Company, headquartered in Walton, Ky. Work on the $30 million contract was started on the eastbound lanes in May.

"This is actually a cost plus time component project," Franxman said. "We've limited the number of days when the actual worst part of the project — the most difficult to build part of the project that will restrict traffic the most — is underway. We asked contractors to bid the number of days the project will be in that phase B portion. It comes back to traffic volumes and access. It comes to a point when traffic is throttled the most. This will affect the whole northern Kentucky region. It affects the ability to get materials. That's why we identified it as the part we need to take place as quickly as possible. We had that set for a maximum of 60 days. They bid that in 16 days, so they bid a quarter of the time acceptable."

In bidding for the project, contractors had the option of building with concrete or asphalt. The state uses the alternate pavement contract to entice both concrete contractors and asphalt contractors.

"I wouldn't say one is preferable," Franxman said. "We deem them equals in the state of Kentucky. It's just a matter of what the design is to make one equal to the other. In the interest of having as much competition as possible, we go with the alternates.

"It really ends up coming down to project details, such as location and access that end up determining the final cost of each option. It seems that when you've got projects in multiple phases and tying lots of things together, the flexibility of asphalt paving is a bit more conducive to those types. If you have something completely new, where you have miles of open territory, then concrete can be more cost effective because you have the option of having on-site concrete plants."

The project involves removing three lanes of existing pavement in each direction, with short sections of five-lanes. Crews are doing the majority of the pavement removal at night when traffic volumes are lighter. In the daytime, they work with increased signage and law enforcement officers to keep traffic as controlled as possible to allow the workers to gain the access they need. 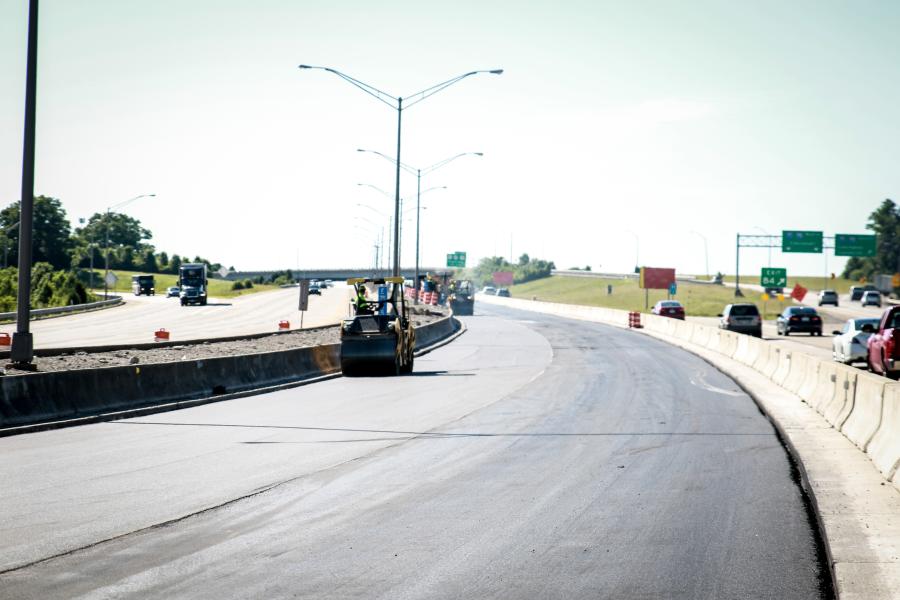 After the pavement is removed, the soil subgrade is stabilized using a stabilization machine. Once considered "exotic," the machine has become fairly common, according to Franxman.

"Fifteen years ago it was pretty unique to do stability of the subgrade material," he said. "Essentially, picture a giant rototiller. You spread cement on the dirt and then the giant rototiller comes and mixes cement and water into that dirt. It's not a concrete, but it uses the cement with water to make the soil stronger."

Once the subgrade is stabilized, Eaton, which has an asphalt-producing plant about four miles away, brings in the asphalt.

"I wouldn't call it liquid, but obviously it's very malleable to the point where it still moves, Franxman said. "It's around 250-300 degrees, that's what allows it to still be mobile. It goes through a paver and then the rollers compact it behind that."

Work on the eastbound lanes is scheduled to be completed by November of this year and will then shift to westbound lanes in 2020. CEG