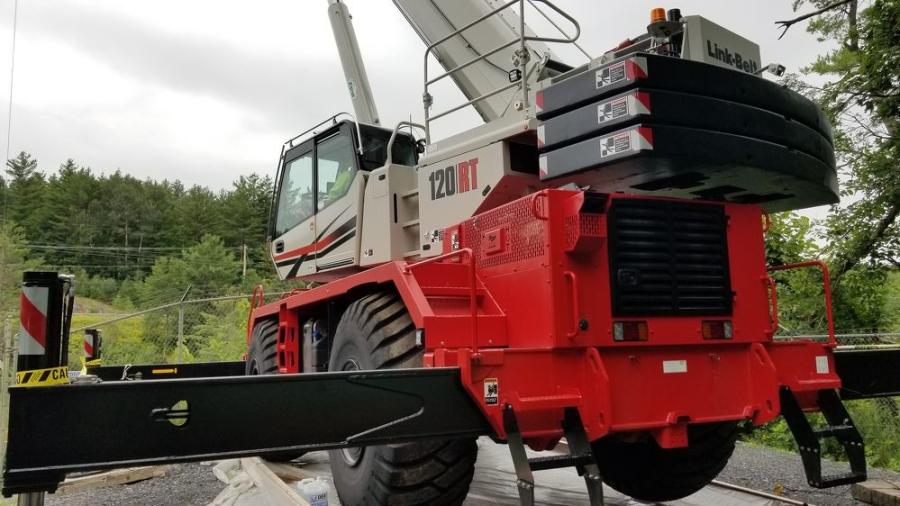 The PC Construction crane operator was pleased with the crane and said that he encountered no problem getting it onto the site. He also liked the “SmartFly” feature that allows boom pins on the jib to be screwed in with an impact wrench and not from a ladder with a hammer.

In July 2010, PC Construction and its Special Projects Group resurfaced a dam, and to get the job done PC worked with Woods CRW in South Burlington, Vt. Fast forward 10 years to now, and PC Construction returned to do new work at the dam, and again chose to partner with CRW for the right equipment needed. This included innovative solutions, including using a Link-Belt 120RT crane, the first crane of its kind delivered in the northeastern United States.

Ten years ago on the original project, a crane was needed to get equipment in place at the worksite and PC Construction used a Link-Belt TCC750 telescoping crawler crane to do the job. However, this time around, the job called for heavier lift capacity than what that category of machine could handle. 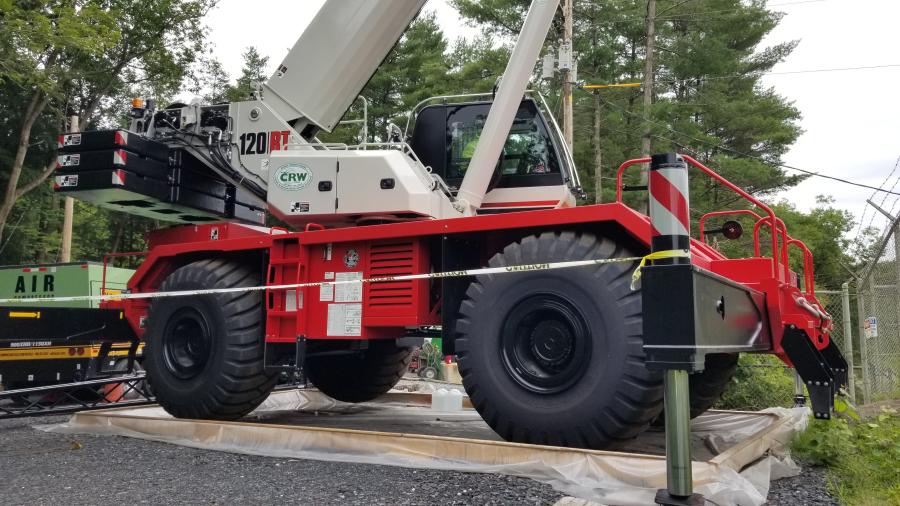 In most cases like this, a lattice boom crane would be used, but having to transport the crane through a small area and path with 13 ft. of clearance would not work.

For a solution, PC Construction partnered with Woods CRW, with whom it has a decades-long relationship.

"Back in the early 1960s, when CRW got its start as a construction equipment supply house, Bob Wood was selling wheelbarrows to the Pizzagalli family," Chris Palmer, president of Woods CRW, said. "Our company is built on relationships, so when we get an opportunity to work together and solve a challenge from a customer like PC Construction it becomes a number one priority."

The solution was found in a new model rough-terrain crane just introduced by Link-Belt, the model 120RT. This new rough-terrain crane met the capacity and reach needed for the job at hand and was going to be made available just in time for the project.

"The Link-Belt 120RT is rated for 120-ton base rating and offers a 164-foot main boom, a 58-foot bi-fold fly and weighs under 95,000 pounds with the counter weight removed, which made it easily transportable in just two loads, thus making it the perfect fit for this project. This crane is in a class of its own," Palmer said.

The Link-Belt 120RT comes with a host of features, including:

After weighing several factors, Woods CRW made the decision to add the Link-Belt 120RT to the rental fleet specifically for PC Construction and the dam project, making it the first crane of its kind delivered in the northeastern United States.

According to Palmer, several factors played into the decision. 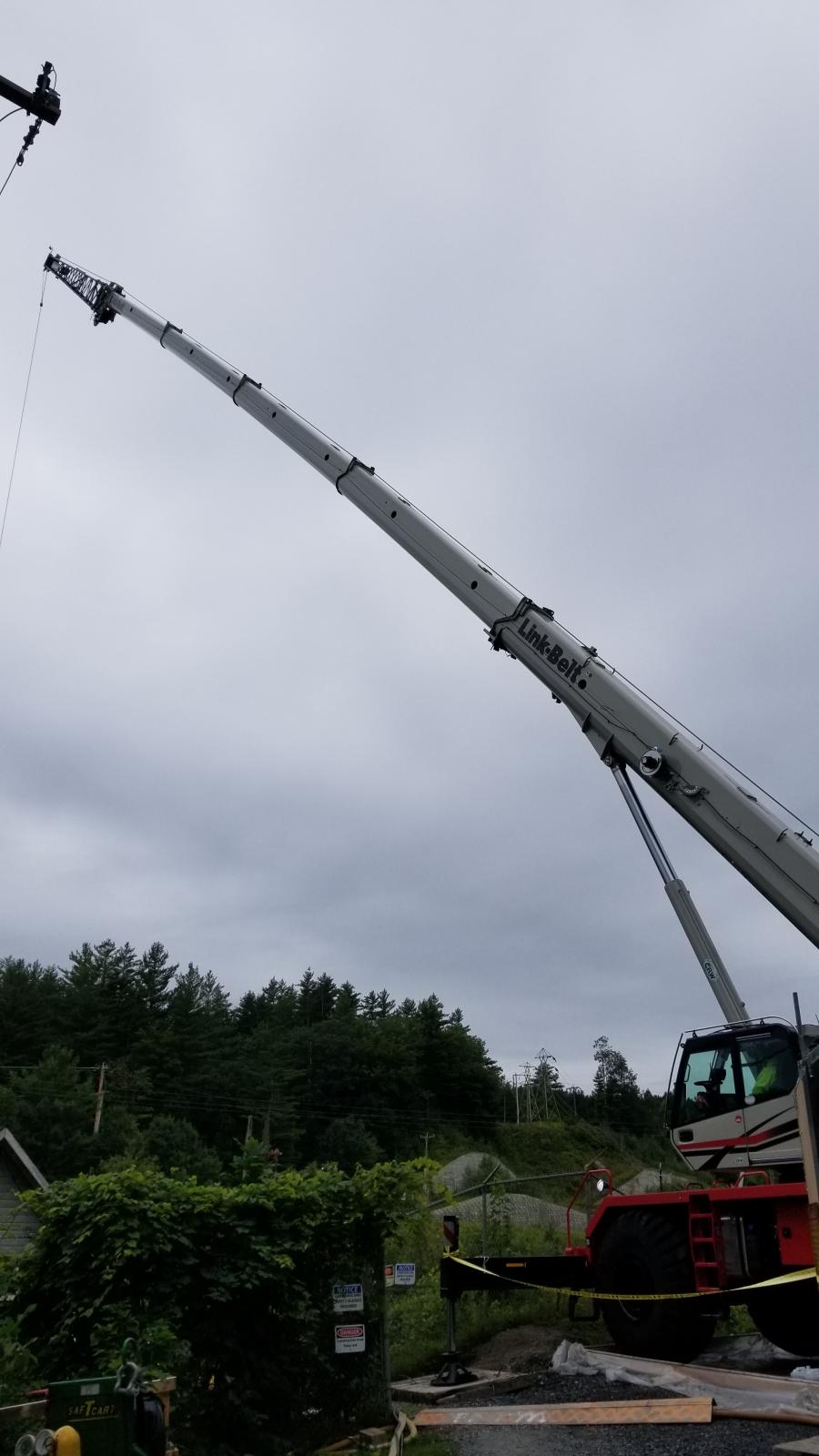 "Certainly, our long-term relationship with PC Construction was part of the formula," he said. "We always want to be in the position of being a part of the problem-solving equation when it comes to working with key partners. However, down the road, we see a lot of rental opportunity for this machine. A rough-terrain crane with this amount of boom and great capacities at radius. certainly opens up a lot of new rental opportunities.

"The economics of transportation and setup was another driving factor in our decision," he added. "Until now, a 120-ton crane that can be transported in two loads has been virtually unheard of.

Add to that assembly literally in a matter of minutes, the combined effect is savings measured in the thousands of dollars every time this crane gets moved. That translates to savings for our customers/partners every time they rent this unit. There is no doubt that as our customers see these savings and convenience there will be an increased interest in purchasing the 120RT."

The PC Construction crane operator was pleased with the crane and said getting it onto the site was great. He also liked the "SmartFly" feature that allows boom pins on the jib to be screwed in with an impact wrench and not from a ladder with a hammer.

"Yesterday I was lifting a 4,300-pound concrete bucket and setting at a 110-foot load radius. Instead of using the 164-foot main boom I have been using 137-foot of main boom plus the 34-foot fly to pour concrete," he said.

"When I set the 9,200-pound drill on the crest of the dam at 110-foot radius I was able to improve capacities by reducing the boom length down to 111-foot plus the base fly by simply reducing the main boom length.

"This is the first pin and latch telescopic boom I have operated. I found it very simple to run, and I like the Pulse 2.0 total crane operating system. It even allows me to ramp up or down the sensitivity of the controls through the computer."

He said he also found the audible winch drum indicator to be very useful when working deep in the hole.

In addition on the project for demolition, PC Construction rented a Volvo EC27D excavator with a Kent FRD FX55A hydraulic hammer from Woods CRW, continuing a great partnership that delivers results. 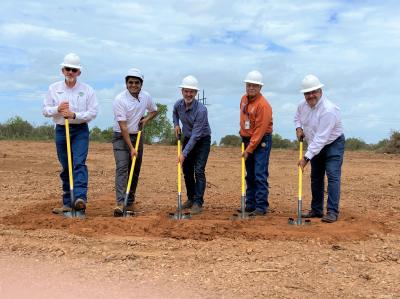 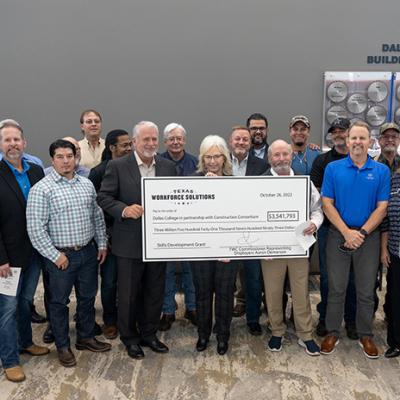 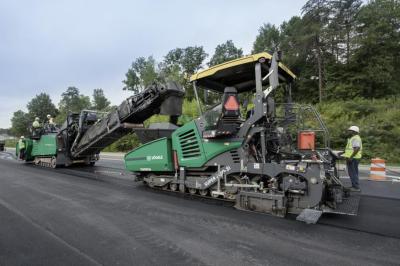