PennDOT Construction Season Ends, But Many NW Projects to Resume in 2022 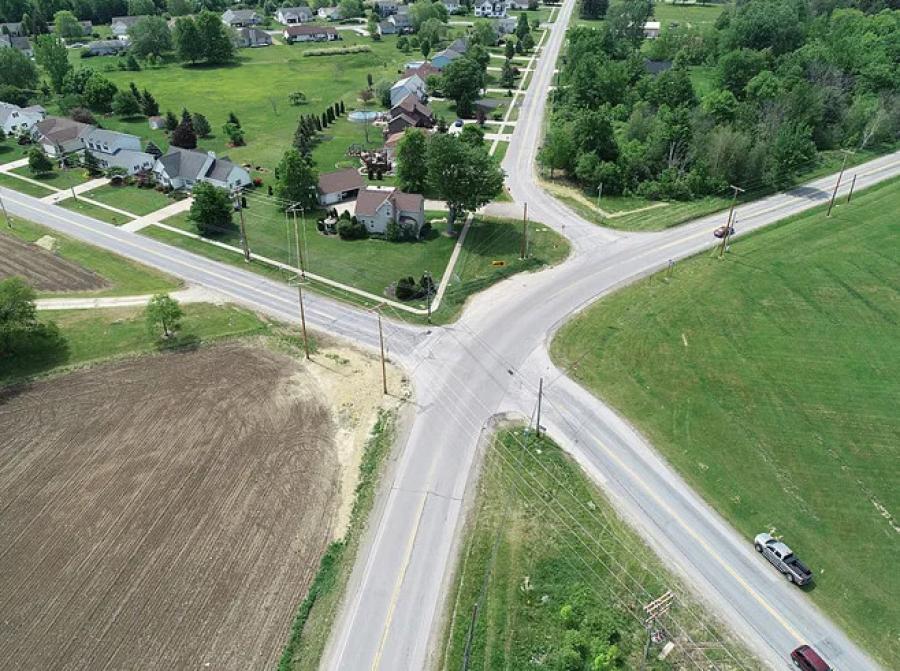 The roundabout construction at the Five Points Intersection in Summit Township will be completed in 2022.

The 2021 road construction season has now ended for the Pennsylvania Department of Transportation (PennDOT).

When warmer weather returns next year, though, construction activities will resume across the Commonwealth on millions of dollars of infrastructure projects.

For instance, in the state's northwest counties — Erie, Crawford, Warren, Venango, Mercer and Forest — some of this year's major road projects will pick up where they left off. Among the contracts awaiting completion in the region is one on Interstate 90, near the Pennsylvania Soldiers and Sailors Home in Erie, and at a roundabout being built in Summit Township.

They are just two of 43 projects taken on by the transportation agency in northwest Pennsylvania, with construction contracts totaling $102 million, said Brian McNulty, PennDOT's District 1 executive.

Crews began work on Erie County's newest roundabout in June at the Five Points intersection near the Erie County Technical School, but was not finished before PennDOT's shutdown in November.

The roundabout at the juncture of Oliver, Flower and Hamot roads is expected to be completed next July at a cost of $3.9 million, the Erie Times-News reported.

"It's been a confusing and maybe frustrating intersection for travelers," McNulty said. "There have been some accidents and a number of near misses there through the years."

In fact, PennDOT data recorded there were 21 crashes at the intersection between 2012 and 2016, more than twice the statewide average for similar crossings.

Interstate 90 Getting a Makeover

The reconstruction of I-90 in western Erie County also will continue next year.

That project commenced in 2019 near the Ohio state line, and in 2021 focused on the freeway between its West Springfield and Girard exits.

"Interstate 90 was built over 60 years ago and a great expanse of the roadway has passed its useful design life," McNulty told the Times-News. "It's beyond the scope of simple overlay paving."

He added that work on the current $66 million project is not expected to be finished until 2023.

Bridges over that portion of I-90 have taken a beating in recent years, McNulty explained. Several have been demolished after being struck and damaged by oversized trucks.

Most recently, the PA 18 bridge in Girard Township was demolished in September and is set to be rebuilt in 2022 with teardrop-shaped roundabouts at the interchange.

In Erie, another effort set to be done next year will be the construction of a pedestrian bridge over the railroad tracks near the Pennsylvania Soldiers and Sailors Home on East Third Street. The $2.7 million project will eliminate the at-grade rail crossing between the veterans' home and the cemetery on its grounds.

The construction of the pedestrian bridge is related to the larger — and adjacent — Bayfront Parkway reconfiguration project, which also is slated to begin in 2022, the Erie newspaper noted.

In Crawford County, a truss bridge originally constructed in 1876 was moved from Oil Creek Township and will be dismantled, restored and rebuilt next year on a trail at Pymatuning State Park in Linesville. The $2.2 million restoration effort is being performed in collaboration with the Pennsylvania Department of Conservation and Natural Resources.

"The bridge is almost 150 years old and originally was built to carry horses and carriages," McNulty said. "As a trail bridge, it will be a historic attraction and [can be] used by hikers and bicyclists."