The projects, known collectively as the 422 Improvements are under way, with some already completed, and others just beginning. 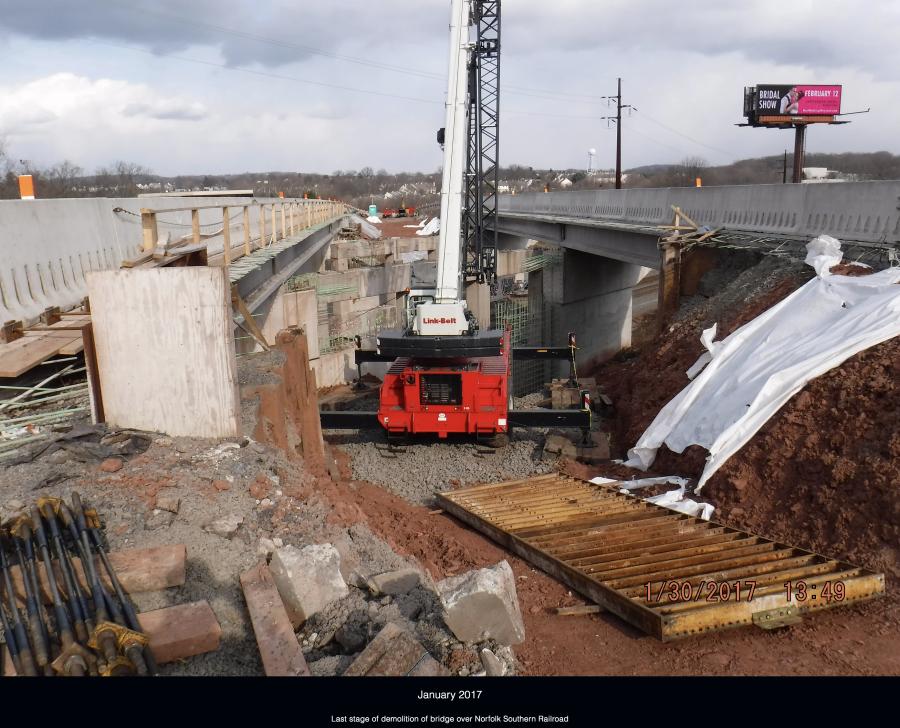 A series of projects on a major highway in southeastern Pennsylvania is expected to ultimately add up to a safer, smoother and faster commute for the 90,000 drivers who travel the route daily. (Photo Credit: PennDOT)

A series of projects on a major highway in southeastern Pennsylvania is expected to ultimately add up to a safer, smoother and faster commute for the 90,000 drivers who travel the route daily.

The projects, known collectively as the 422 Improvements are under way, with some already completed, and others just beginning.

“It's a very heavily traveled corridor,” said Brad Rudolph, deputy communications director of the Pennsylvania Department of Transportation. “A lot of interchanges need improvements, alignments, and some of the bridges need to be redone. It's a major artery. The need to reconstruct this highway is very important.”

The projects range in location from Valley Forge to the Berks County line and are divided into two areas.

In the Valley Forge area, the four projects are known as the River Crossing Complex. Two of the projects have been completed — one a four-span bicycle/pedestrian trail bridge over the Schuykill River and the other, a $16.8 million project to improve the U.S. 422/Route 363 (Trooper Road) Interchange in West Norriton and Lower Providence townships. A third project is still under design. The $97.4 million project currently under way focuses on the Schuykill River Bridge. The contractor is J.D. Eckman Inc. of Atglen, Pa.

The biggest hurdle, Early said, is getting equipment in and out of the river as they are permitted in the water only during certain times to protect Red Bellied Turtles. Workers must build causeways to provide access for the equipment, including a number of large cranes, to get into the river to build the bridge piers. Once the causeways are completed, work can proceed without restriction.

“The highlight is we're constructing a fly-over bridge to realign the intersection of Route 23 and one of the off ramps. It's a curved plate girder structure. In the fabrication and assembly, it's a little bit more of a challenge. It will provide access to the Valley Forge National Historic Park and local business parks.”

Work on the project began in February 2016 and is set for completion in May 2020.

The second project in the Pottstown area is broken into three sections, with two sections also awarded to Eckman Inc.

“This project consists of four new structures, bridges and the removal of a bridge spanning the Schuykill River,” said Sal Ali, PennDOT transportation construction manager. “We have the main bridge with eight spans and that is being constructed new, and the old bridge is being removed. Two bridges are over railroads and there is one bridge that takes the Armand Hammer Blvd. over U.S. 422. In total, there are five bridges. Also, we are realigning all the on and off ramps, and building new ramps from Armand Hammer Boulevard.”

There also will be another new ramp constructed from Route 724 to 422 eastbound, a new roadway connecting all the bridges together, new traffic signals, overhead sign structures and 10-ft. wide shoulders, as well as a pedestrian bike path on the bridge over the Schuykill River connecting the Chester and Montgomery County bike trails.

The project involved the installation of approximately 120 “super beams,” which posed a bit of a challenge in delivery.

“Each super beam is seven feet high and 150-feet-long,” Early said. “It was a challenge delivering to the site, trying to find the route to get access. It was a challenge to deliver and a challenge to control traffic on the site when they were delivered. We are maintaining two lanes during the entire life of the project and we had to take a lane out to make sure the beams were put in place properly. We had massive cranes — a couple hundred tons. The manufacturer and contractor worked together to get permits to go through various districts, and coordinated to make sure these loads, because they are long and heavy, can travel over certain bridges without causing damage to the bridges and local roads. We also had to make sure they didn't obstruct traffic during rush hour. The maximum delivery was four beams a day because of the travel time restriction and difficulties in delivering these beams.”

All the beams are installed and were delivered with no major glitches, Ali said.

The next section, the $36 million M2A, is an 800-ft.-long bridge spanning the Schuykill River, between the Route 100 and Stowe interchanges. It has six spans, and no on or off ramps or overfly. The bridge is a replacement of an existing bridge and will feature two lanes in each direction and 10-ft. shoulders. Like the M1A project, the construction called for the use of “super beams,” but as with each of the projects comes with an even more difficult challenge.

“On all of these projects we have reduced the speed limits to 40 mph for safety,” Ali said. “This is a challenge we face daily to ensure traffic is following it, but it is an issue. We suffered a fatality at the beginning of M2A when one of the contractors was struck and killed by a vehicle. That's been the biggest challenge for safety. We've seen cars and trucks go through at 70 mph.”

This section is expected to be completed in the fall of 2020.