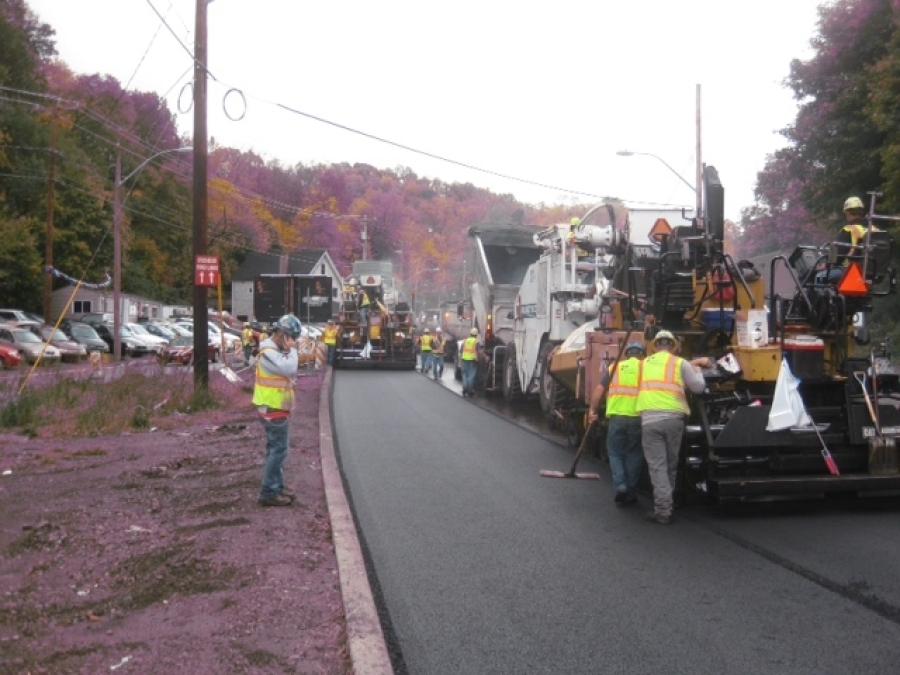 A Pennsylvania Department of Transportation (PennDOT) project that involved safety improvements to SR 51 in Pittsburgh, Pa., was completed under prime contractor Joseph B. Fay Co.

A Pennsylvania Department of Transportation (PennDOT) project that involved safety improvements to SR 51 in Pittsburgh, Pa., was completed under prime contractor Joseph B. Fay Co.

The original contract for the Route 51/88 Bridge and Safety Improvement Project was $18.99 million. Work began in April 2013, and substantial completion was in November 2015. Relocations and final completion activities were conducted in April 2016.

The contract called for widening to provide four standard-width travel lanes and left turning lanes on SR 51 and standard width through travel and turning lanes on the SR 88 approach to the intersection, concrete and bituminous pavement, subbase, drainage, curb and sidewalk, highway lighting, signing and pavement markings, signals, retaining walls, replacement and lengthening of three box culverts, replacement of two “structurally deficient” bridges and one new bridge, stream bank restoration, installation of CCTV cameras and other miscellaneous ITS equipment, and other miscellaneous construction.

The project also included the addition of a “jug handle,” or ramp-like structure, at the intersection on the northbound side, eliminating left turns on state Route 51.

According to Steve Cowan of PennDOT, the main challenge with the project was working in a highly travelled intersection with significant traffic counts (60,000 ADT).

“In addition, there were numerous utility and authority relocations, both known and discovered during construction,” he said. “Utility interferences lead to the redesign of Traffic Phasing to maintain the schedule. There were approximately 600 construction items and 100 new items.”

The improvement project was initiated in March of 1992, and right-of-way acquisition began in 1998. However, it was determined in 2001 that the project's high cost was not warranted because of minimal congestion alleviation, and PennDOT decided to consider other alternatives. The project was redefined, and the final design began in 2010.