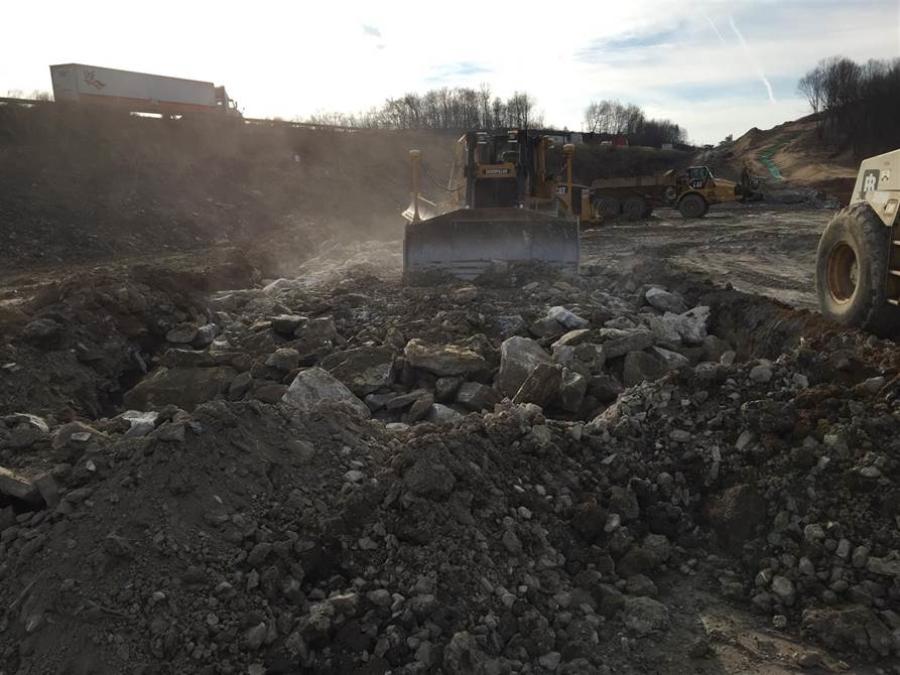 Overseen by the Pennsylvania Department of Transportation, it is part of multiple projects along I-70 in the southwestern part of the state.

New Stanton is a major highway hub where Route 119, I-70 and the Pennsylvania Turnpike intersect.

Work on the project began in late summer of 2015 and is expected to be complete by November 2018 and features a new interchange ramp.

Construction crews will close two existing, closely-spaced interchange ramps and build one new one about 1,600 ft. (488 m) to the west.

The new interchange will be a diamond with roundabouts at the ramp intersections.

A diamond interchange is a common type of road junction, used where a freeway crosses a minor road. The freeway itself is grade-separated from the minor road, one crossing the other over a bridge.

The plan is to reduce traffic jams by splitting traffic into roundabouts.

The project includes widening and reconstruction of I-70 for approximately 1.8 mi. (3 km). The interstate will be widened to provide a third lane in each direction for 2,900 ft. (884 m) between the existing Pennsylvania Turnpike interchange and the new I-70 interchange.

Crews also will construct South Rachel Drive, which will be a new connector road between Byers Avenue and Bair Boulevard.

Crews are currently excavating and placing the proposed roadway to template, as well as installing drainage.

Excavation equipment includes bulldozers, articulated dumps, large excavators and compactors. Several large 100-ton to 200-ton (90.7 t to 181.4 t) cranes will be required during piling and beam installation on the bridges.

During construction, the contractor will maintain two lanes of traffic on I-70 and Route 3091 at all times. Single lane restrictions are only in place at night between 8 p.m. to 6 a.m.

Also, PennDOT District 12 has closed the I-70 westbound off-ramp at the Hunker Interchange (Exit 57A) to facilitate construction of the new interchange at New Stanton.

Vehicles are being detoured via the New Stanton Interchange to Center and Pennsylvania avenues. The detour will be in place through early summer.

As construction moves forward this year, the Hunker Interchange will be completely closed. By 2017 other closures will be in place including closures on S.R. 3093 (Center Avenue) and Pennsylvania Avenue.

Also, to complete the tie-in with I-70 and the Pennsylvania Turnpike Interchange, Turnpike ramps will be closed on weekends.

A Community Partnering Committee was set up to keep businesses advised of upcoming traffic pattern changes. Despite the construction, New Stanton will remain open for business.

It supports existing, planned and future development through involvement with a Smart Growth Partnership. The project also protects the environment through wetland and steam mitigation.

Safety is an important feature of the project.

“The project will improve safety and the existing access to the New Stanton Interchange,” said Barry Lyons, design project manager of Pennsylvania Department of Transportation District 12.

It also is designed to improve traffic flow. The new, wider I-70 means two 12-ft. (3.6 m) lanes in each direction, 12-ft. outside shoulders and a 10-ft. median with median barrier. All connecting roads in and around the interchange are being reconstructed and widened.

Along with improving traffic flow, the project should boost economic growth in the local area.

“New Stanton Borough feels the impact of the project will enhance ability for future growth in the borough in vacant land adjacent to the new interchange,” Lyons said.

The existing interchange layout was constructed in 1958. The initial plan book consisted of 30 sheets. Plans for the current project span 1,400 sheets plus numerous project specifications.

Because of the New Stanton interchange's location with respect to the Pennsylvania Turnpike (I-76) and Interstate 70, the location has become a hub for restaurants, hotels, fueling stations and other industrial-type facilities including UPS facility and a Supervalu grocery distribution center.