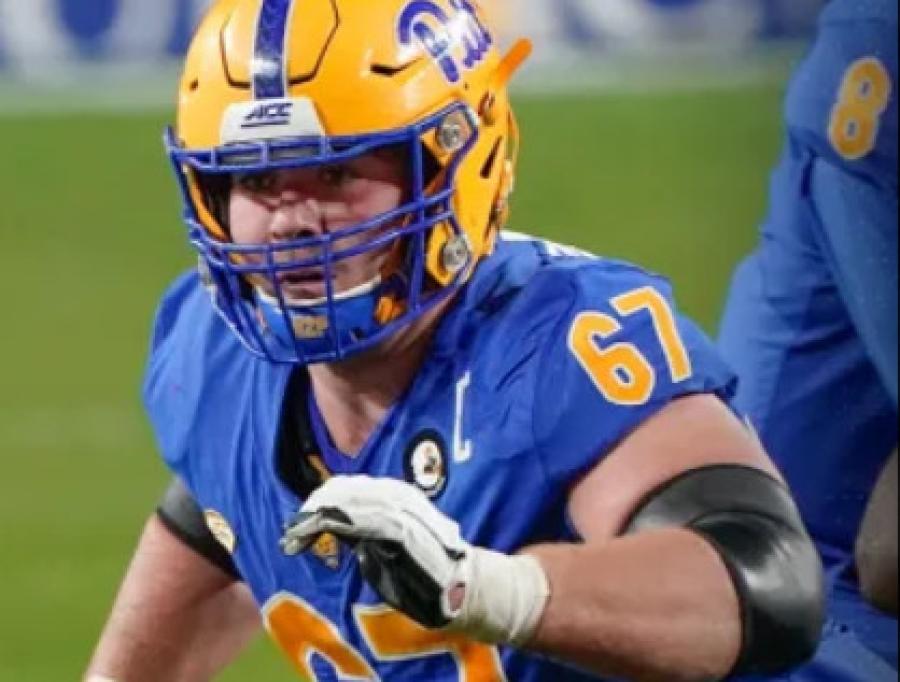 It was only five years ago that Jimmy Morrissey was a walk-on at the University of Pittsburgh, just hoping to earn a scholarship.

Now, due to his tenacity and work ethic, he's in the National Football League.

Morrissey was chosen by the Las Vegas Raiders in the seventh round of the NFL draft on May 1 after an All-ACC career at Pitt where he started at center for the Panthers for four seasons. His teammates respected his leadership and fierce line play so much that they chose him to be a co-captain in 2019 and 2020.

The 6 ft. 3 in. Philadelphia native is the son of Jim Morrissey, a contractor whose multi-generational family construction business, James D. Morrissey Inc., is respected and successful in the Delaware Valley.

Before the NFL Draft, Pitt head coach Pat Narduzzi described Morrissey in glowing terms to TribLive — a message that may have resonated with Raiders coach Jon Gruden, a former Pitt assistant.

"What makes Jimmy such a great football player and a leader is his ability to gather people together and everyone will want to play for him," Narduzzi said to the Pittsburgh newspaper. "He's tough, athletic, smart."

Aside from the Burlsworth Trophy awarded to him as the nation's top player who began as a walk-on, Morrissey also carried a 3.46 grade-point average when he left Pitt.

Although not initially invited to the Senior Bowl in January, where players show off their talents for NFL scouts and executives, he received a call the day before and drove from Pensacola Beach, Fla., (where he was training), to Mobile, Ala., studied the playbook overnight and played in the game.

Pitt quarterback Kenny Pickett noticed that type of determination repeatedly during their time together at Pitt.

"He's a guy who was in first, out last," Pickett told TribLive.

The only difference now is he'll get paid for it.

Their menu of services includes heavy and highway construction, commercial and industrial building, concrete and asphalt paving, engineering and the sales of crushed stone, sand and gravel, and asphalt of the highest quality sourced directly from their own operations.