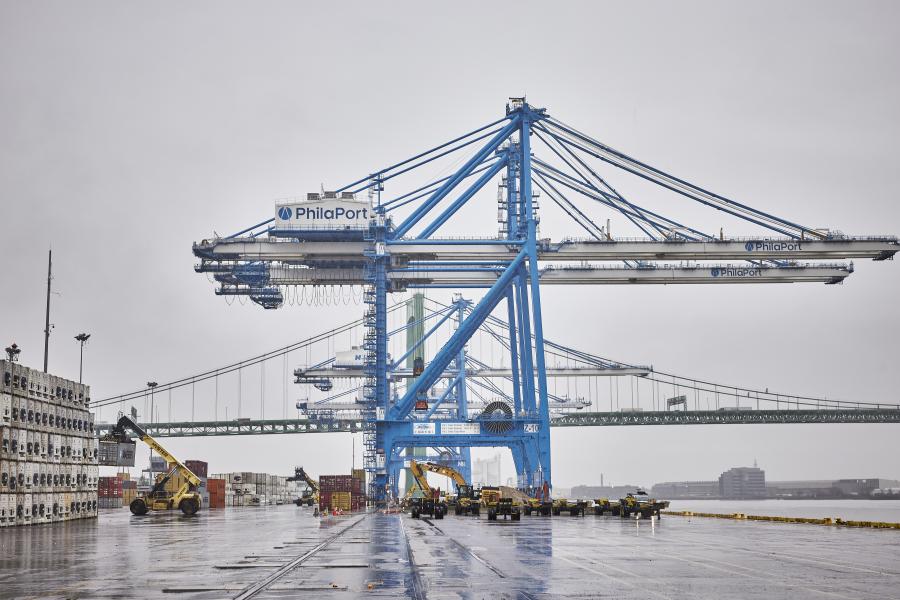 The governor said the new funding builds upon the comprehensive $300 million Capital Investment Program he brought to the port in 2016.

"[PhilaPort] is an economic driver, not only in Philadelphia, but across the commonwealth," noted Wolf in his Feb. 4 speech. "The port supports jobs, encourages trade and builds connections that help businesses and communities across Pennsylvania thrive. This new $246 million investment will help the port build on its success over the past few years and will help Pennsylvania build on our commonwealth's economic success and job growth, too."

Wolf's Port Development Plan, introduced six years ago, was designed to redevelop underutilized areas of the PhilaPort by investing more than $300 million in its infrastructure, warehousing and equipment.

According to an online news release on PhilaPort's website, critical infrastructure investments included the purchase and implementation of three new super post-Panamax cranes at the Packer Avenue Marine terminal, the building of two ultramodern warehouses and the development of the SouthPort Auto Terminal, the first such facility on the Delaware River port in more than 45 years.

"Governor Wolf's leadership and vision breathed new life into the Port of Philadelphia," explained Jeff Theobald, executive director, and CEO of PhilaPort. "He has given us the tools to take our meaningful place as the gateway of choice for global cargoes."

Joining the governor at PhilaPort for the Feb. 4 announcement was the port's Board Chairman Jerry Sweeney, state Sen. Nikil Saval and Pennsylvania Department of Transportation (PennDOT) Secretary Yassmin Gramian.

"The Port of Philadelphia is one of the most critical links in the country's supply chain," said the state's senior U.S. senator, Bob Casey. "Its success is vital to the economic health of Pennsylvania and its impacts ripple throughout the commonwealth. This investment will create jobs not only at the port, but also for workers who transport goods across the region and the country.

"Investing in our ports will ease the economic challenges Pennsylvania families are facing by making operations smoother, getting goods to people faster and helping lower the costs of some of those everyday items [that] families need."

Saval told the gathering at PhilaPort that the facility "is the fastest growing port in the United States, serving as a crucial point of connection between our country and the rest of the world, and providing our region with good, family-sustaining jobs. This investment in PhilaPort will help solidify Pennsylvania's preeminence along the Eastern Seaboard in ensuring the smooth transit of essential supplies."

State Rep. Elizabeth Fiedler, who serves the people of South Philadelphia, noted, "I am proud to represent the Packer Avenue Marine Terminal and so many of the workers who keep our port running. As we continue to focus on infrastructure, we must invest in hubs like this port and the family-sustaining, union jobs they support.

"Thank you to Gov. Wolf for echoing the importance of state and federal investment in Philadelphia's port, for workers and their families."