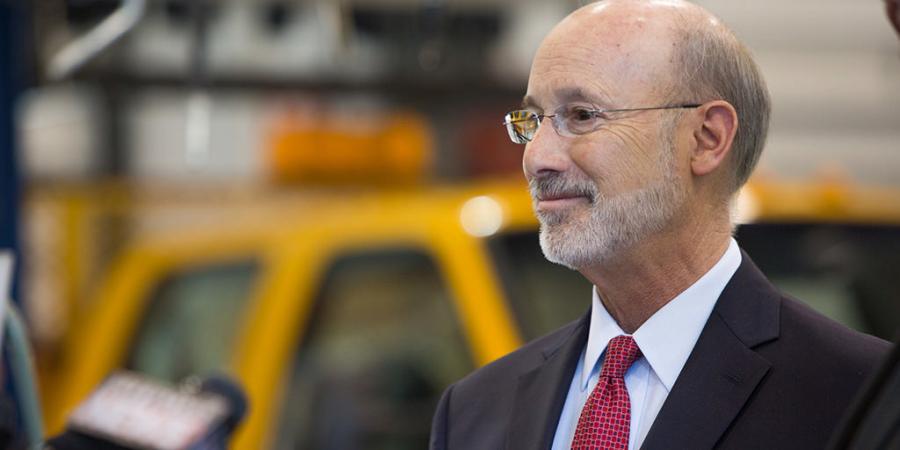 Gov. Tom Wolf announced that 45 highway, bridge, bike and pedestrian, and ports and waterways projects will benefit communities in 22 counties through the Pennsylvania Department of Transportation (PennDOT) Multimodal Transportation Fund.

“Our multimodal investments support important projects that help residents and local economies,” said Wolf. “We are making possible improvements that will bring significant benefits to these communities.”

PennDOT opened the next round of Multimodal Transportation Fund applications on Feb. 26, 2018, with applications due on March 30, 2018.

For more information about the program, including the application form, visit penndot.gov and click on Multimodal Transportation under the “Projects & Programs” button.

The department is implementing five-year investment programs including a Rural Commercial Routes program that will improve low-volume roads through industry partnerships and with cost-effective treatments like Recycled Asphalt Paving (RAP); and rehabilitating or replacing at least 85 municipally owned bridges over five years.

“These investments build on the Road Maintenance and Preservation Program [Road MaP] that we started last year to increase effort on not only major routes, but also lower traffic roadways across the state,” Wolf said. “We will leverage partnerships with local governments and private industry to bring targeted and much-needed improvements.”

The Rural Commercial Routes program will invest $200 million over the five-year period on roadways seeing, on average, fewer than 3,000 vehicles daily. More than 360 mi. will be improved in 2018-19 alone, including roadways posted with weight restrictions as well as an estimated 260 mi. to be improved with lower-cost pavement treatments such as RAP.

The program also will expand cost-sharing partnerships with heavy hauling industries to improve roadways not originally designed to handle heavy vehicles, many of which are posted with weight restrictions. Examples of industries that have previously taken part in the 50-percent cost-sharing partnership include timber, aggregate haulers, Unconventional Oil and Gas and Natural Gas and more.

“Many businesses rely on our rural roadways to transport their products,” PennDOT Secretary Leslie S. Richards said. “These investments will improve travel not only for these industries, but also residents.”

The administration also is expanding its focus on locally owned bridges by rehabilitating or replacing 85 to 100 bridges over five years. The $50 million program will add bridges to the department's Twelve-Year Transportation Program, requires no local match, and will bundle bridges for savings and efficiency wherever feasible.

The local bridge investments complement the local bridge program included in Road MaP which makes opportunities available for counties who have taken steps to enhance their transportation networks by collecting the $5 vehicle registration fee enabled by Act 89 of 2013, the state transportation plan. While significant progress has been made on state-owned bridges — with 1,600 repaired or rebuilt since 2015 — 30.7 percent of the more than 6,500 locally owned bridges are structurally deficient compared to 12.2 percent on the state system.

“We commend the local government officials who have made investments in their communities' infrastructure,” Richards said. “This program will underscore our commitment to helping our local partners in our shared mission of safe, efficient travel.”

The new investments complement the improvements completed and under way across the state. PennDOT has put out 684 bridge contracts and roughly 1,400 contracts for roadway and other improvement projects worth approximately $7.5 billion since January 2015.