Pennsylvania Turnpike to Widen, Rebuild a Section of I-476 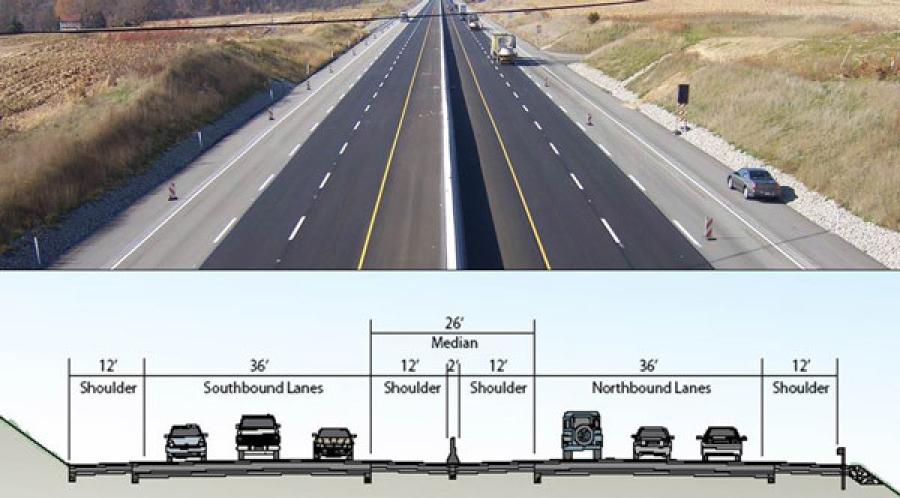 The commission said Feb. 6 that "pending weather, work will start this month" on the $225 million project that will expand I-476 to six lanes from four now between mileposts A31.3 and A38.1.

The Pennsylvania Turnpike Commission said it will begin a major project to completely rebuild and widen a heavily traveled seven-mile section of its Northeastern Extension (Interstate 476) in Montgomery County, which is located northwest of Philadelphia.

State Transportation Secretary Leslie Richards, who is the CEO of the Pennsylvania Department of Transportation, also chairs the commission that oversees the tolled highway system.

The commission said Feb. 6 that "pending weather, work will start this month" on the $225 million project that will expand I-476 to six lanes from four now between mileposts A31.3 and A38.1. The contractor will also replace four mainline bridges that carry turnpike traffic over local roads and creeks.

During construction, the contractor will install temporary concrete barriers, along with "advanced-warning signs and traffic-control devices with reduced speeds of 55 miles per hour."

It said the project is expected to complete the three northbound and southbound lanes in 2020 and open them all to traffic, although "miscellaneous roadway work may continue through 2021."

That section of I-476, the turnpike authority said, originally opened in 1957, and now its four lanes carry 51,000 vehicles a day.

"Total roadway reconstruction is a massive undertaking that involves removing the old four-lane roadway and sub-base up and completely replacing it with a brand new, six-lane roadway," said Turnpike Chief Engineer Brad Heigel. "Once reconstruction and widening along the Northeastern Extension is completed, it will improve safety and enhance mobility for our customers who travel this stretch of interstate."

The new six-lane highway will also feature full, 12-ft. shoulders to the left and right of the travel lanes.

The existing route has 10-ft. shoulders on the outside lanes, and just a 4-ft. median with barriers separating traffic heading in opposite directions.