Phase 3 of Interstate 10 Widening Project Under Way in Louisiana 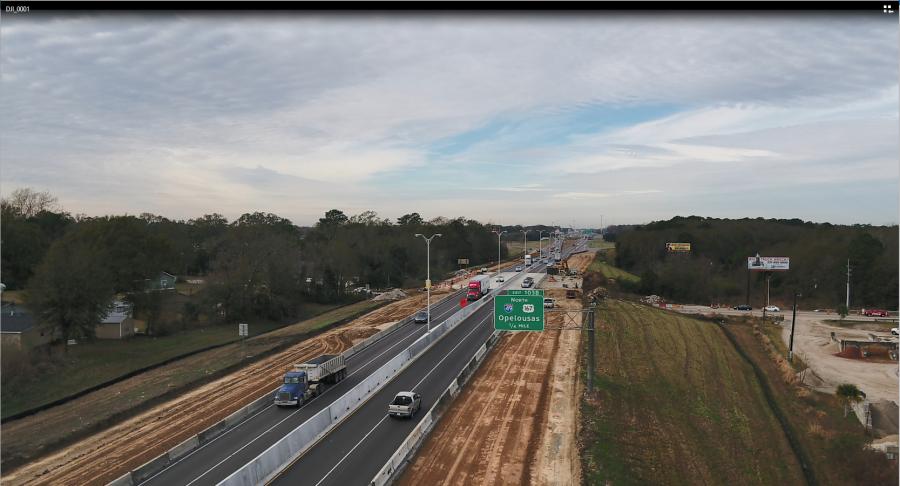 Phase 3, awarded to Gilchrist Construction, is an $87.7 million project that will widen I-10 from four to six lanes between LA 328 in Breaux Bridge to LA 347 near Henderson.

The third phase of a much-needed, long overdue project to widen Louisiana's Interstate 10 in Lafayette and St. Martin's parishes got under way in November. It's part of a $300 million project ongoing since 2017.

The freight corridor has seen a large increase in traffic in recent years, driven by a healthy economy and significant tourism, according to Louisiana Department of Transportation spokesman Rodney Mallett.

"This is a multi-modal state," Mallett said. "We have the port, freight traffic and we have a lot of pass-through traffic coming through New Orleans, going to Texas and Florida. We believe the area we are talking about will have 105,000 vehicles per day by 2035. 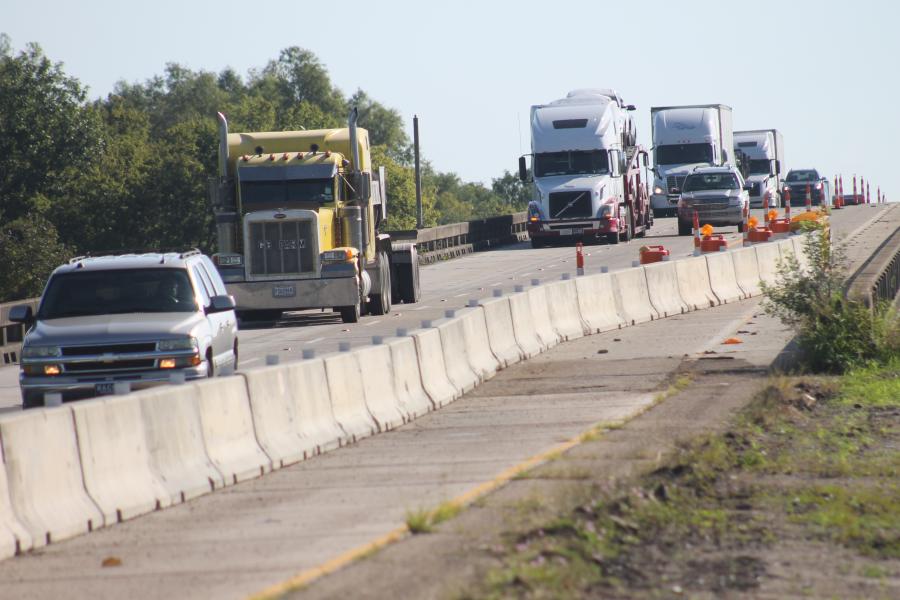 "We've addressed the widening of this, the need for repaving — this is the original pavement —in statewide plans for many, many years. It wasn't until we got the new governor, John Bel Edwards, who got the federal funds and looked for other funding to do these things, that we were able to move forward."

Phase 3, awarded to Gilchrist Construction, is an $87.7 million project that will widen I-10 from four to six lanes between LA 328 in Breaux Bridge to LA 347 near Henderson. The 4.5-mile stretch sees 70,000 vehicles daily. The project also will involve removing two existing bridges over Melvin Dupuis Road and replacing them at ground level.

"It costs a lot to build a four-lane interstate bridge, adding all those extra lanes, whereas Melvin Dupuis Road doesn't have all that much traffic," Mallett said. "They'll build a small two-lane bridge over Dupuis Road instead of a major interstate bridge. The bridge for that road will be cheaper and better for everybody."

Additionally, 54-in. concrete median barriers will be installed in portions along the project corridor, as well as raised markers and rumble strips.

"This phase is part of a larger project to widen and provide nearly 15 miles of new pavement from I-49 to the Atchafalaya Basin Bridge," said Louisiana Department of Transportation and Development Secretary Shawn Wilson at the October groundbreaking. "When completed, the 2 percent of poor or very poor pavement on I-10 from state line to state line will be less than 1 percent. This expansion is another example of what can be accomplished when we have an administration that makes infrastructure and the transportation needs of residents a priority." 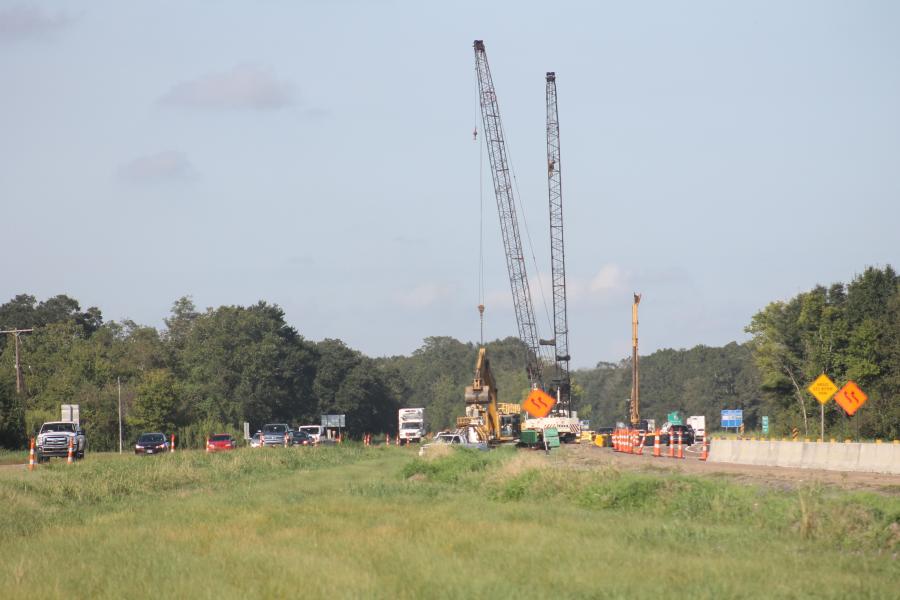 The first project is 7.1 miles along I-10 from I-49 to LA 328. It began in May 2017 after the state received a $60 million FASTLANE grant from the Federal Highway Administration. The $124 million project is set for completion in April 2020. It includes adding new lanes in each direction and a 16-ft. shoulder, as well as the widening of five bridges and overpasses. Currently 60,000 vehicles travel that stretch per day.

The second part of the project widens 2.4 miles from LA 347 to the Atchafalaya Bridge. That work began in July 2017 and is scheduled for completion in 2020. It includes the addition of two roundabouts on the ramps leading to and from LA 347. More than 52,000 vehicles travel the highway, also a freight corridor, each day.

Gov. Edwards said the expansion "will not only bolster the region's ability to handle the heavy traffic but will also help grow the economy of this area and the state."

The third and final phase is expected to be finished in 2022. CEG