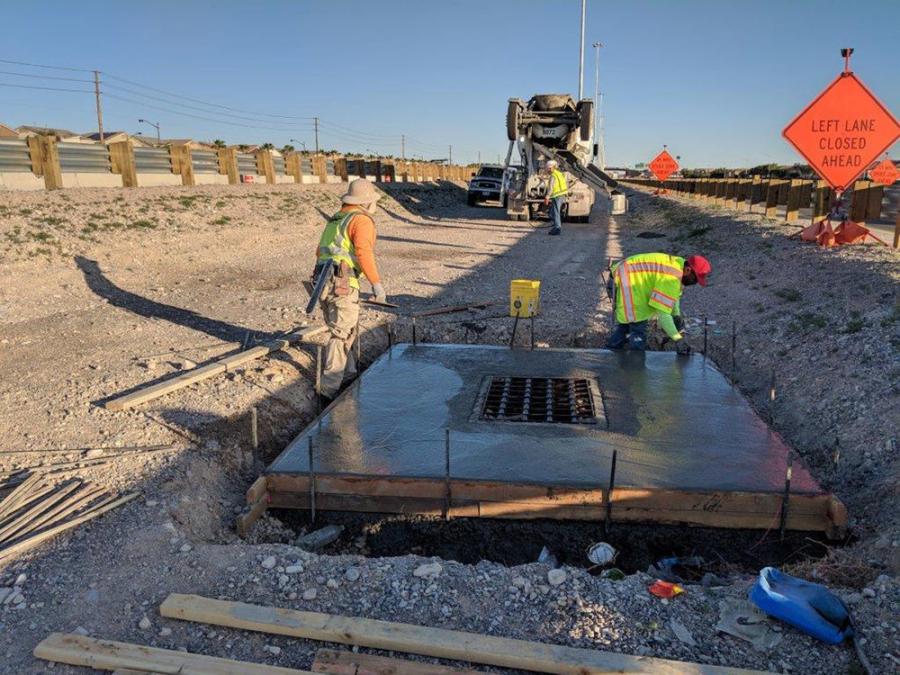 In Las Vegas, work is under way on a project that calls for construction of Nevada's second longest bridge.

In January, the Nevada Department of Transportation (NDOT) broke ground on the $73 million third phase of the "Centennial Bowl" interchange, where U.S. Highway 95 meets the 215 Beltway. 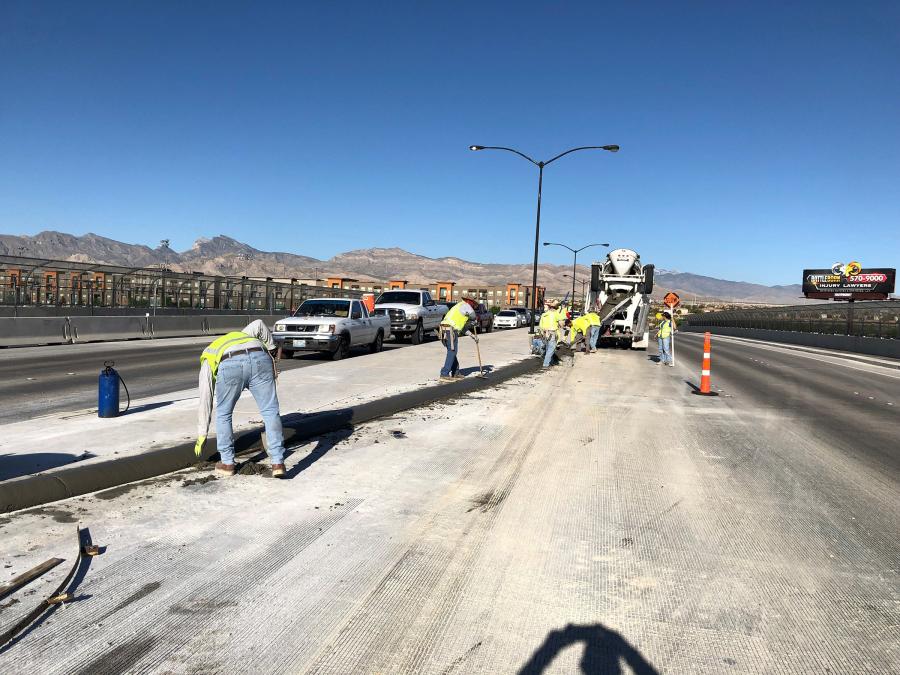 "Currently, more than 107,500 vehicles daily travel the ramps and freeways at U.S. 95 and the 215 Beltway," said Illia. "The number is expected to grow in the future."

Improvements entail drainage upgrades and new lighting, landscaping and Intelligent Traffic System (ITS) enhancements. As for how daily activities will be affected by ongoing construction, said Sulahria, "The project is committed to progress, while minimizing community impacts by maintaining freeway and surface street access to residents and businesses."

Building the state's second longest bridge is among the project's highlights.

"This project helps create a reliable transportation network that enhances cultural and economic access in the northwest valley," stated Clark County Commissioner Larry Brown in a news release. "It improves accessibility, mobility and safety for residents and businesses."

The project will create up to 150 jobs during the peak of construction activity. The upgrades are being underwritten through a combination of $19 million in federal dollars and $54 million in state funds.

According to Darren Keser, estimator and project manager of general contractor Las Vegas Paving, "The biggest challenges entail drilling deep supporting shafts for the flyover bridges, plus constructing those structures using falsework over two major active freeways — U.S. Highway 95 and the 215 Beltway — while still maintaining traffic with minimal disruptions. It's a major undertaking, scheduled to finish within just 450 working days."

The project's notice to proceed was issued on Jan. 7, 2019. Anticipated construction completion is fall of 2020.

To date, crews have made steady progress. 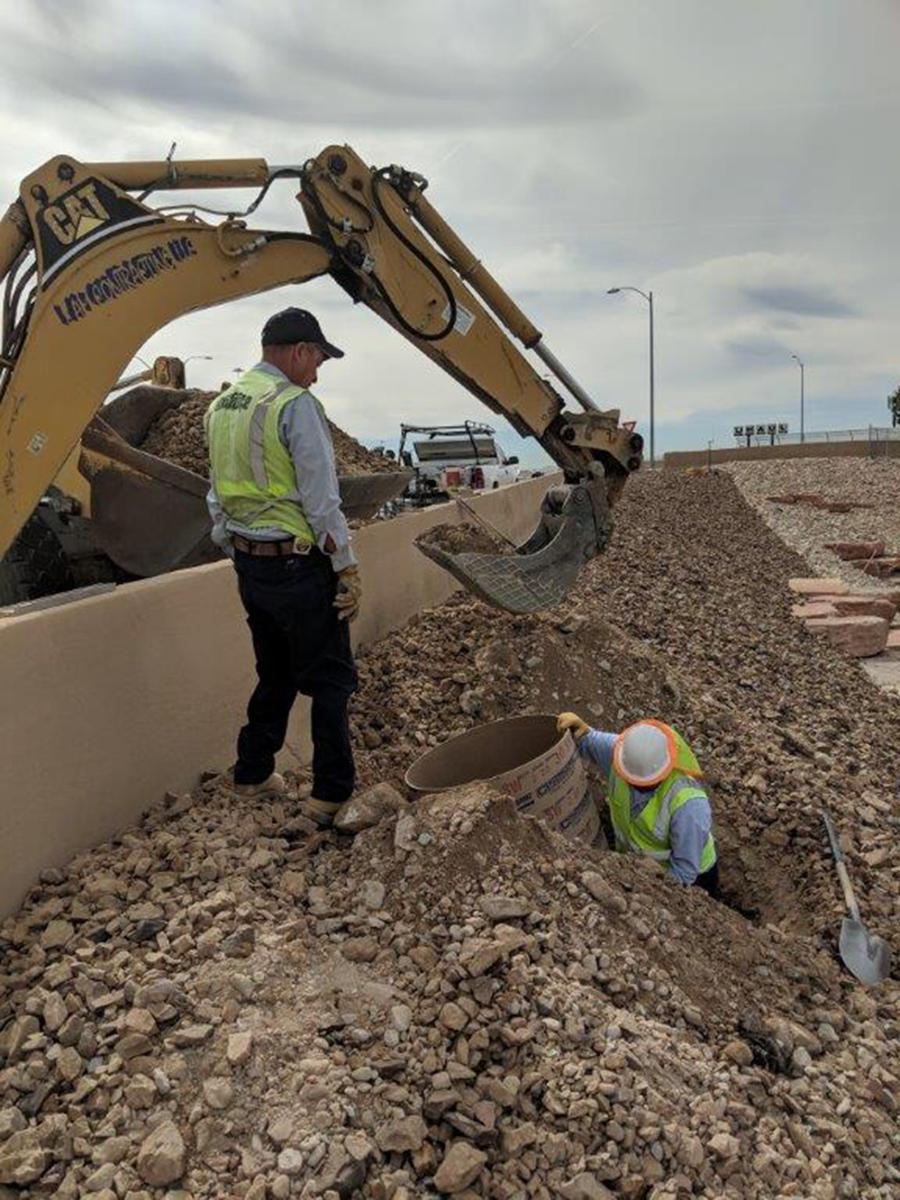 "The nine-foot and 10-foot-diameter drilled shafts are complete, as well as the supporting bridge columns and falsework for both the northwest and southeast flyover structures. Additionally, the temporary detour roads have been constructed, with U.S. Highway 95 north and southbound traffic having been shifted to accommodate the falsework.

"Currently, we are drilling the four-foot-diameter and eight-foot-diameter pier shafts, while still erecting falsework for the flyover structures," said Keser. "Additionally, we are post-tensioning pier caps and building-up the northwest ramp embankment, while doing retaining and soundwall form work. Also, we are making electrical and drainage improvements, plus protecting an existing 36-inch gas line with geofoam."

Removing part of the Oso Blanca Road ramp and the old north-to-west loop involved demolishing the existing asphalt pavement and building temporary detours for the duration of the project. The construction of three new freeway flyover ramp connections is much more involved.

"It will be a major challenge constructing two flyover ramp bridges and one small ramp bridge as cast-in-place structures using up to 80-foot-tall false work over two active major freeways within the time frame," said Keser. "The project requires several detours, traffic switches and work marathons to minimize and mitigate neighboring area impacts. Safety is highest project priority, due to the work location, complexity and speed."

Keser noted that building the bridge requires a lot of thought and coordination.

"Indeed, the department provided the necessary informational phasing and traffic control plans for the bridge construction. Additionally, the department and its contractors meet daily to plan, coordinate, problem-solve and troubleshoot any potential issues." 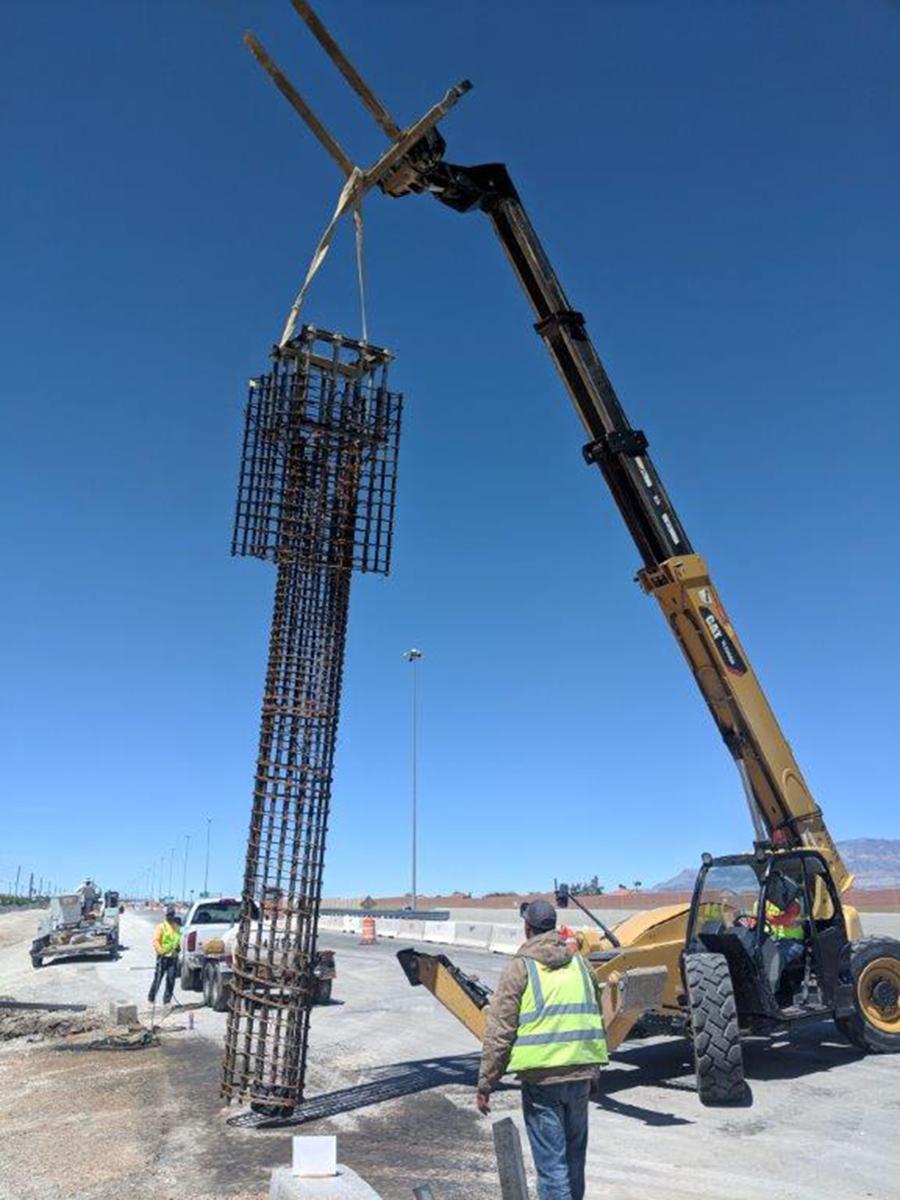 Crews are dealing with what's been an active freeway site, with new work taking place within the neighboring slivers of right-of-way. Deliveries require pre-planning and close coordination, due to little staging and storage area.

Unlike many construction projects, the elements haven't been a factor.

The main heavy machinery being used for bridge construction includes Hayward Baker drilling rigs with 10-ft.-diameter bits and mobile crawler cranes up to 250 tons in size.

With a tight schedule, it's important for crews to stay on track. Keser is optimistic.

"We are confident that this will be a successful project, due to our commitment, partnering and shared responsibility."