Phase One of Houston Spaceport Under Way 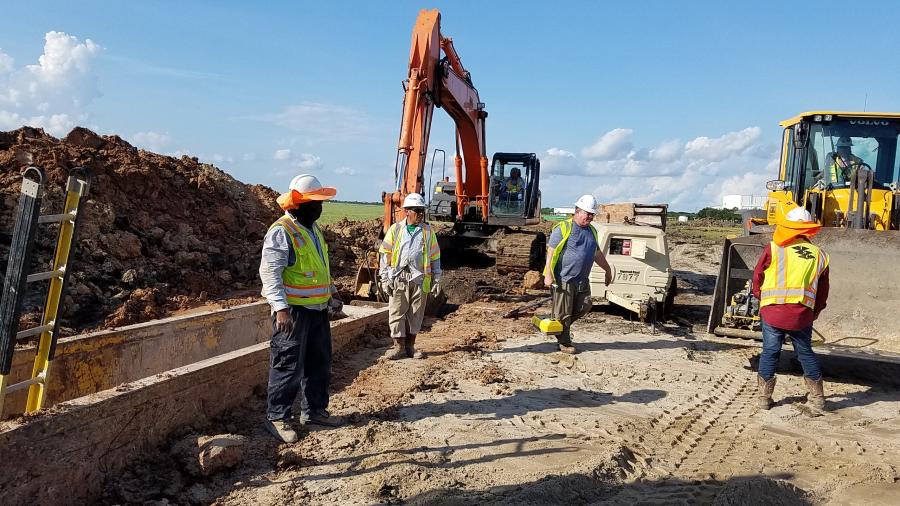 At an initial cost of more than $18 million, crews in Texas are working to expand what's been described as the world's first truly urban commercial spaceport. Infrastructure work is underway on more than 150 acres of Houston Spaceport, located on the southeast side of Ellington Airport, a mixed-use, general aviation airport.

"The Houston Spaceport is unique among the other federally licensed spaceports," said Arturo Machuca, Houston Spaceport general manager. "It lies in the country's fourth-largest city, and is a major hub for aerospace and aviation activities. Literally, no other commercial spaceport is located in a city larger than Houston. 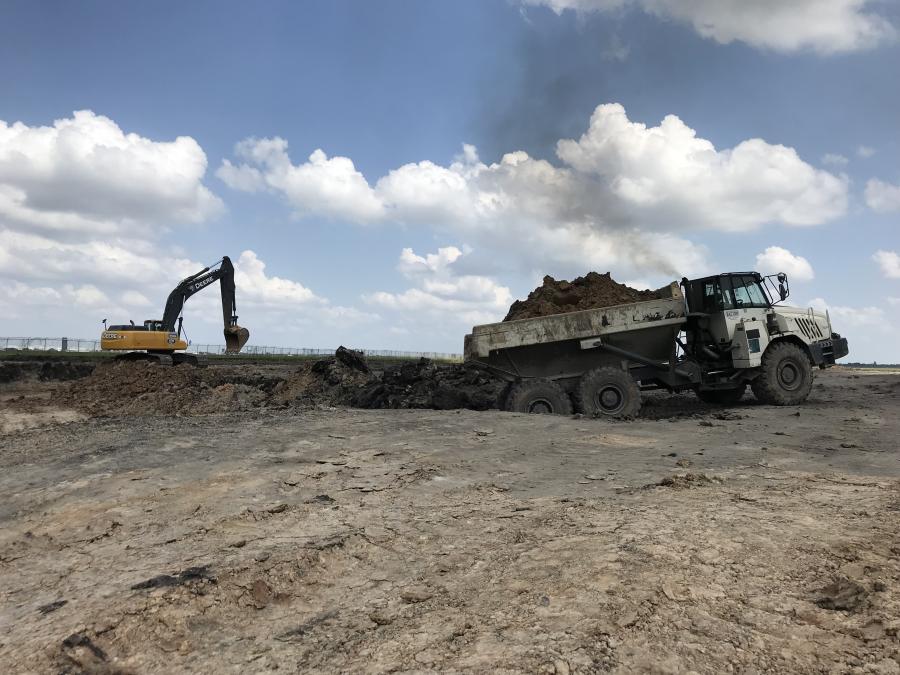 "The Houston Spaceport Plan is the basis for design of the Spaceport enabling infrastructure project. The conceptual development plan was prepared as a conceptual planning document for the 440-acre site within the limits of Ellington Airport that borders Space Center Boulevard. The development plan provides a market-sensitive, phased strategy for the eventual construction of a wide range of facilities to meet the emerging needs of the aerospace and spaceport industries."

"The project is moving along and is on schedule," said Machuca. "Countless hours spent on the creation and promotion of this project make seeing the reality of it very rewarding."

According to Machuca, there are several reasons the work should be performed at this time.

"In 2015, Ellington Airport was licensed under the Federal Aviation Administration-Office of Commercial Space Transportation as the 10th commercial spaceport in the U.S. This enables Houston's vision and future to remain connected to the training of professionals in aviation and aerospace fields. Houston is currently home to more than 200 aerospace manufacturing and development companies. With increasing demand in private space technologies, the Houston Spaceport is finding groundbreaking ways to increase value for future partners and residents interested in coexisting at this centralized hub.

"There's a strong desire in the U.S. government to fund and progress plans for a new Space Development Agency. Texas Gov. Greg Abbott has written President Donald Trump in support of hosting the headquarters at the Ellington Airport and the future Spaceport site. Bringing federal government and private development together will maintain current momentum and encourage new collaboration in this growing industry." 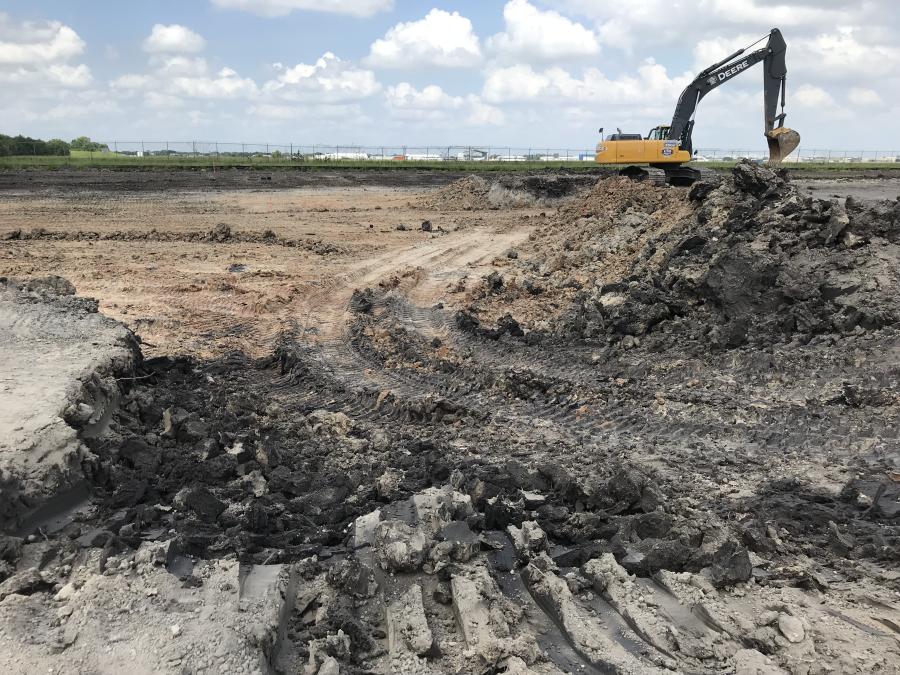 The Spaceport site is currently a green, undeveloped area along Space Center Boulevard. The first phase involves utility and civil infrastructure improvements to the current site.

"The improvements made by the Houston Airport System in advance of private development eliminates the costly infrastructure investment that would be required if not completed under Phase One," said Machuca. "The current phase is expected to be complete by May 2020. Subsequent phases will be dependent on the industry and the private developer growth within Spaceport."

"For the streets, the first activity is to have the survey crew lay out the alignment," Mancuca continued. "We then clear and grub the street, remove all vegetation and prepare underground utilities that are in and adjacent to the roadway. Once all the utilities are in, we build the roadway subgrade. This site will require some excavation to get to subgrade, but other areas will require fill. Once subgrade is established, we will lime treat the subgrade and fine grade it prior to placement of the PCCP pavement and curb."

"After the roadway is cleared, we will bring the survey crew in to provide layout, line and grade for the sewer. Sanitary sewer are the lowest or deepest lines. After line and grade, we excavate the utility trench, and place a trench box in the excavation for protection of the workers. Final subgrade for the sewer is checked by means of a laser level, and a cement sand base is placed, graded and compacted per specifications."

The crew then installs the sewer line to grade and backfills the "pipe zone" with cement sand. The next activity is to complete the backfill of the pipe trench to subgrade. As the sewer lines are being laid, manholes are placed at the locations shown on the plans. Once installed, the sewer lines are pressure tested, and a camera is run through to make sure there are no separations at the joints and that the lines are clean.

Machuca noted that water lines are not as deep as sewer lines. 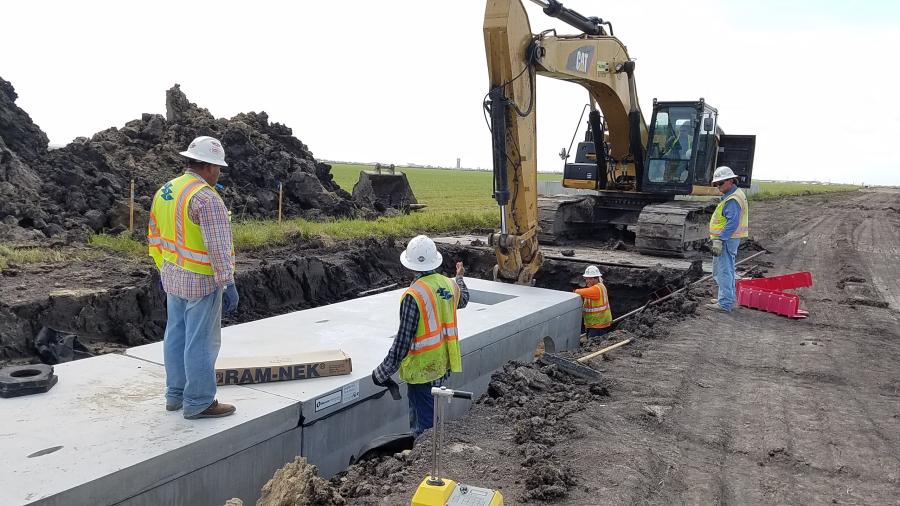 The storm drain lines will be laid out by survey and then excavated. Depending on the depth, the excavation will either be dug vertical and a trench box installed or the sides will be laid back to provide a safe work zone for workers.

"The grade for the pipelines are maintained with the use of a laser level. The pipe or pre-cast concrete box sections are placed on compacted cement sand or bank sand. The roadway inlets will be precast units that are placed after the "trunk" lines are installed.

The electrical duct bank will be laid out by survey crews for line and grade. Excavation will take place and either a trench box or trench shores will be placed in the excavation. The conduit for the electrical conductor will be placed and installed in racks. Once all of the conduits are racked, they will be encased in concrete.

Street lights will be the last of the utilities put in place. Pole locations and pull boxes will be laid out by survey. The conduit will be installed in a "direct bury" trench. This means that there will not be any concrete or slurry around these lines. 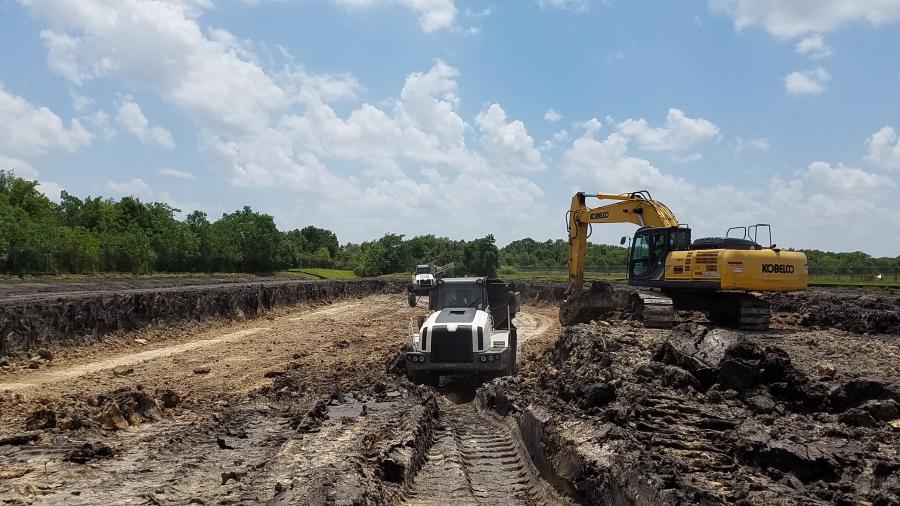 Next, crews will install the foundations for the street lights that require concrete shaft. This involves auguring a 2-ft diameter hole, 6-ft deep, installing a rebar cage and filing the hole with concrete. Anchor bolts for the light poles will be placed in the foundation prior to concrete placement and checked by survey for proper location and orientation.

Machuca said once completed, the facility could be an economic boost to the area, and bring new opportunities for exploration, adding, "It could be jobs for local Houston and area residents. It could also mean future international space flights."

In June 2019, representatives from the Houston Airport System, Houston City Council, the Federal Aviation Administration and community and project partners gathered for Phase One's groundbreaking. According to the official news release, Phase One of the Houston Spaceport project offers potential tenants and partners a unique environment in which to collaborate, as well as an operational platform to achieve critical business objectives.

"When complete, Phase One will provide the groundwork to support the companies that produce the cutting-edge innovations needed to take commercial space travel and aviation into the sub-sonic, supersonic and hypersonic realm," said Houston Aviation Director Mario Diaz.

By housing organizations from across several industries and disciplines on one campus, the "innovation incubator" concept will foster and accelerate key aerospace engineering activities, including component and composite development and fabrication, space vehicle assembly, zero-gravity scientific and medical experiments, microsatellite deployment, astronaut training and development and space tourism.

Once all 450 acres at Ellington Airport available to the project are fully developed, the Houston Spaceport will become a focal point in the region for aerospace research, manufacturing and commercial space operations. 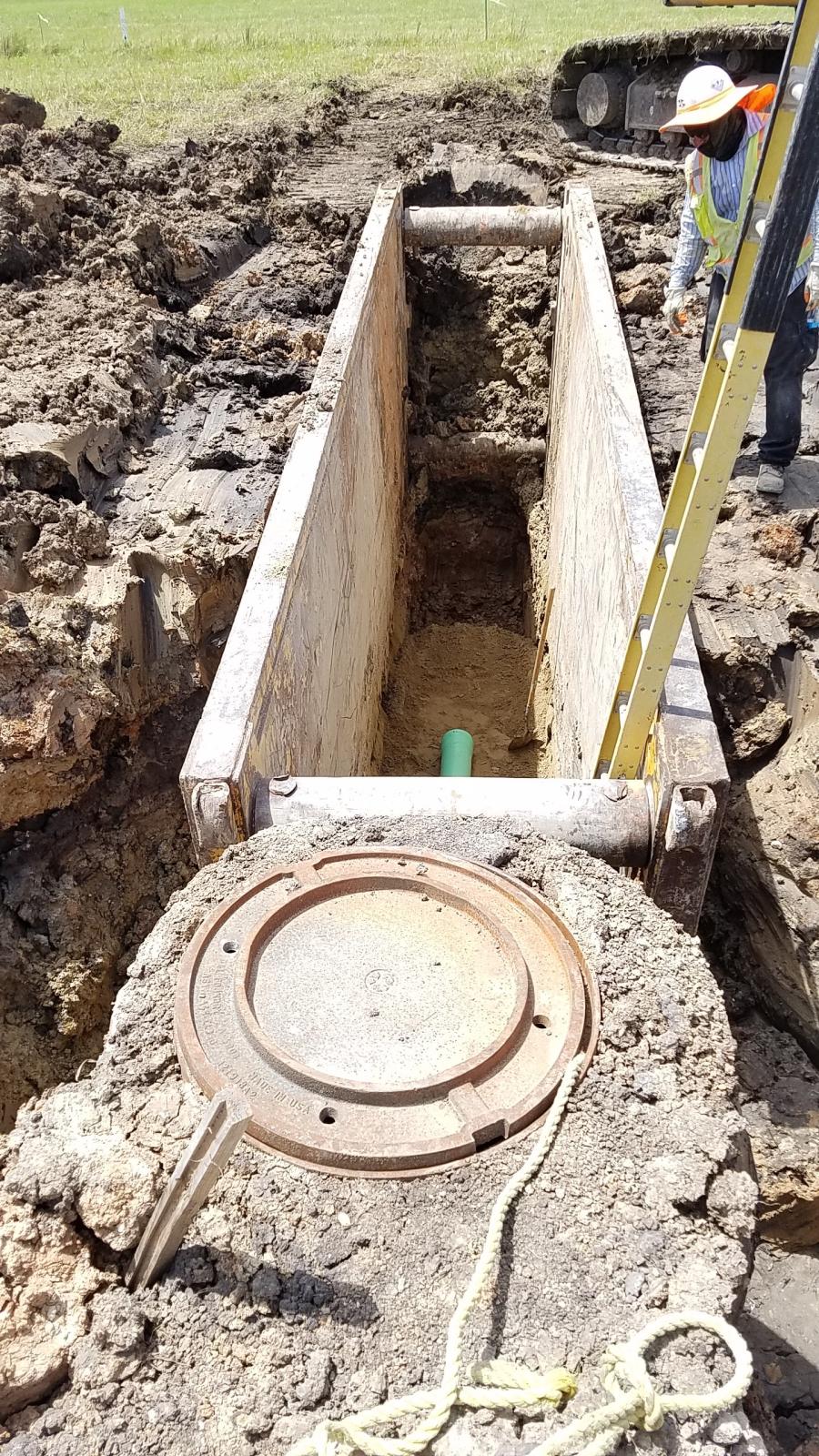 For the construction team, the biggest challenges are the changing dynamics of the project.

"There have been several changes to the electrical scope regarding the routing of electrical power to the site. There's also new routing of communications to accommodate new tenants," said Machuca, adding, "We are at the start of construction. All remaining tasks to be completed are key."

Currently, sanitary sewer is being installed and is about 65-percent complete, installation of storm sewer has begun, with basin excavation also underway. A Stormwater Pollution Prevention Plan (SWPPP) is in place, and clearing has been completed. Drainage excavation and concrete channel lining will be the most time-consuming part of the work, along with roadway stabilization and paving.

Machuca said weather has already been a factor.

"The rain has shut down the excavation and installation of the underground utilities. When we've had large amounts of rain, the ground gets too wet to bring equipment or material on site. We have been able to mitigate some of the lost days and time by working on some Saturdays, and bringing on an additional crew."

According to the fly2houston.com website, tenants of Houston Spaceport have access to two runways. In order to accommodate NASA, the five branches of the military and general aviation, which all use Ellington Airport, it's equipped to handle virtually any horizontal take-off aircraft or spacecraft. CEG