The efforts to revitalize the crucial northeast port will bring thousands of jobs to the area. 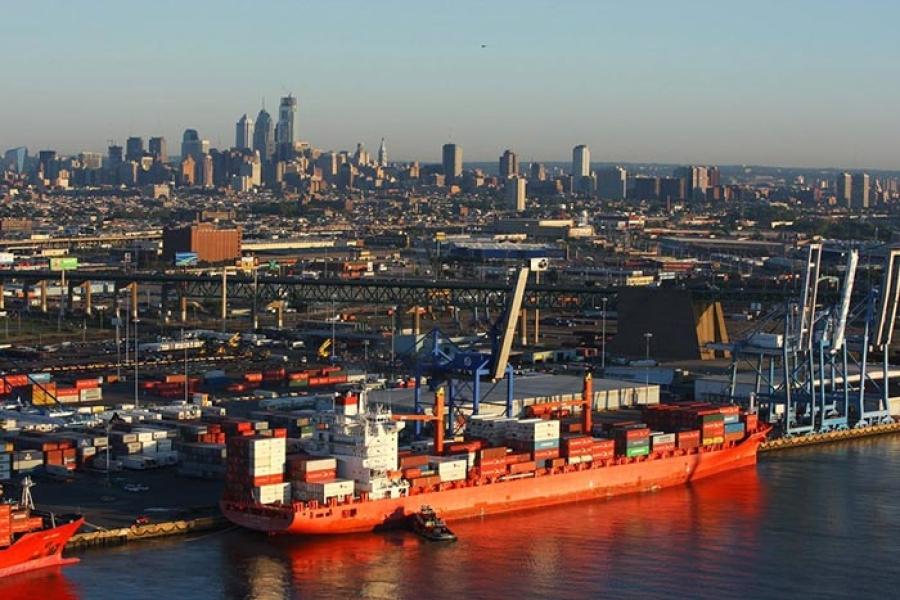 A commitment of $300 million to the Port of Philadelphia during the next four years could make it a bigger player among East Coast ports at a crucial time.

Gov. Tom Wolf visited the port to follow up on his November announcement that he will use borrowing authority granted by the Legislature to improve the port's infrastructure, warehousing, and equipment. Company fees and leases at the port will repay the bond, not taxpayers, Wolf's administration said.

The port currently is a relatively minor player in shipping, but Wolf's administration said it expects the improvements will double the port's container capacity, boost direct employment from about 3,000 to 5,000 and triple annual revenue to the state from $5.7 million to $18.9 million.

The investment comes as the Panama Canal's newly expanded locks are expected to shift some container business to the East Coast and the Delaware River's main shipping channel is being deepened from 40 to 45 ft. (12.2 m to 13.7 m).

That will make the port better prepared for the larger, deeper-draft container vessels that will be able to reach the port through a deeper Delaware River channel, as well as a recently widened Panama Canal, the administration said. The expansion still would leave the Philadelphia port out of the United States' top 10 busiest ports, according to statistics from the American Association of Port Authorities.

Much of the borrowed money was expected to go toward the purchase of four new post-Panamax electric container cranes, the construction of container warehouses and the deepening of the terminal's marginal berths to 45 ft., it said.

The Packer Avenue Marine Terminal, the port's largest maritime facility, will be modernized to support the electrification of existing diesel cranes and offer cold ironing capabilities, a service that allows ships to turn off their engines and get power by plugging into shore-side electrical systems.

The port's automobile handling facility will expand, and the money will improve a wood pulp cargo operation at the Tioga Marine Terminal, the administration said. - AP