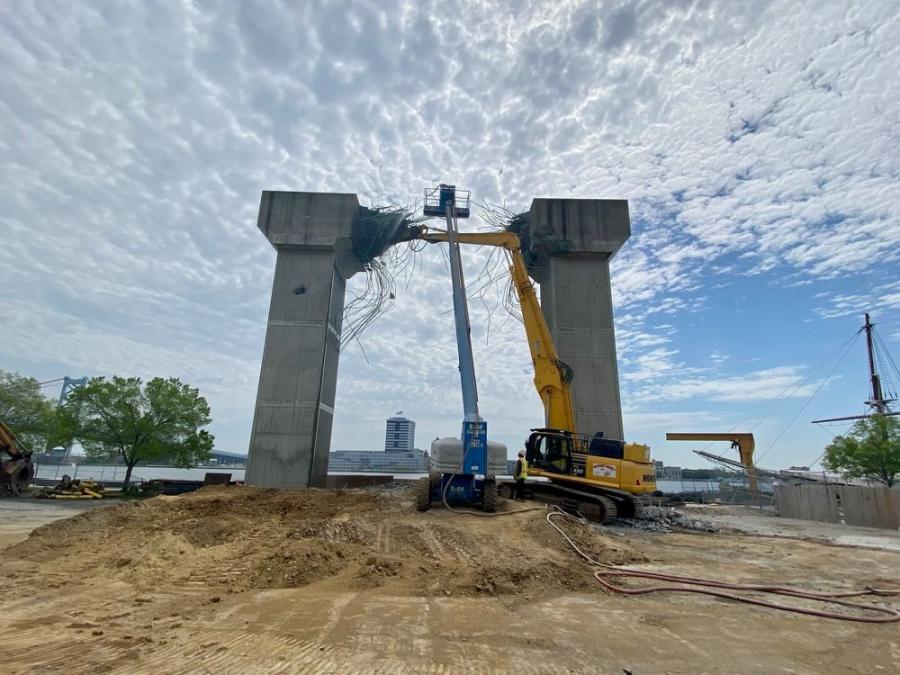 The structure was built in 2002 and was the arch of what was to be a sky tram. It was part of a plan conceived by former Mayor Ed Rendell for a family entertainment complex to be built by mall developer Simon Property Group.

Demolition is currently under way for a monolith at Penn's Landing at the Delaware River waterfront in Philadelphia, Pa. 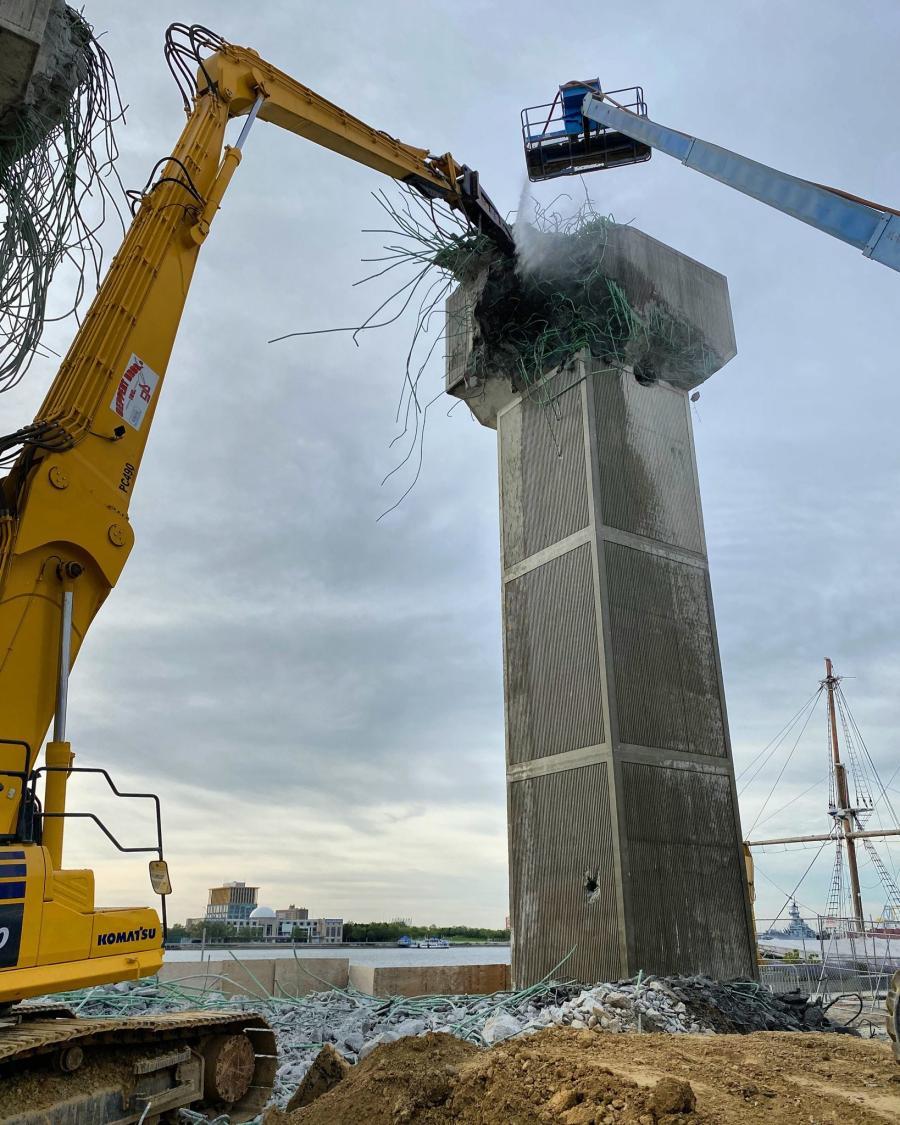 The structure was built in 2002 and was the arch of what was to be a sky tram. It was part of a plan conceived by former Mayor Ed Rendell for a family entertainment complex to be built by mall developer Simon Property Group. The design called for a Skylink Aerial Tramway to carry 3,000 people an hour across the river in climate-controlled gondolas.

The reported cost of the tower was about $16 million. However, after it was built, the property group pulled out of the plan and the monolith remained. Eventually, the Delaware River Waterfront Corporation put a sign on the structure that read, "Welcome to Penn's Landing." It has reportedly been called everything from Stonehenge to Pi.

Current plans for the waterfront include a $225 million park that will reportedly cap I-95 and connect to the riverfront. In addition, the Delaware River Trail will add a two-way bike and walking trail and an extended pedestrian bridge will bring visitors to the waterfront. The edge of the parking lot where the monolith stood will be landscaped.

"As Philadelphia's Delaware River Waterfront [DRWC] prepares for significant investment in the coming years, the demolition of the tram foundation at Penn's Landing will remove the vestige of a project that was never realized," said Lizzie Woods, vice president of planning and capital programs. "DRWC is pleased to partner with the Delaware River Port Authority [DRPA] in the removal of the tram foundation as we prepare for the Waterfront's exciting future."

Almaz Crowe, director of communications & marketing of the DRWC, reported that the demolition was delayed because of the Stay-at-Home order issued by the Commonwealth of Pennsylvania. It started it earnest on Monday, May 4, after the construction ban was lifted on Friday, May 1.

The winning bid came from A.P. Construction Inc. of Philadelphia. Completion is scheduled for mid-July. 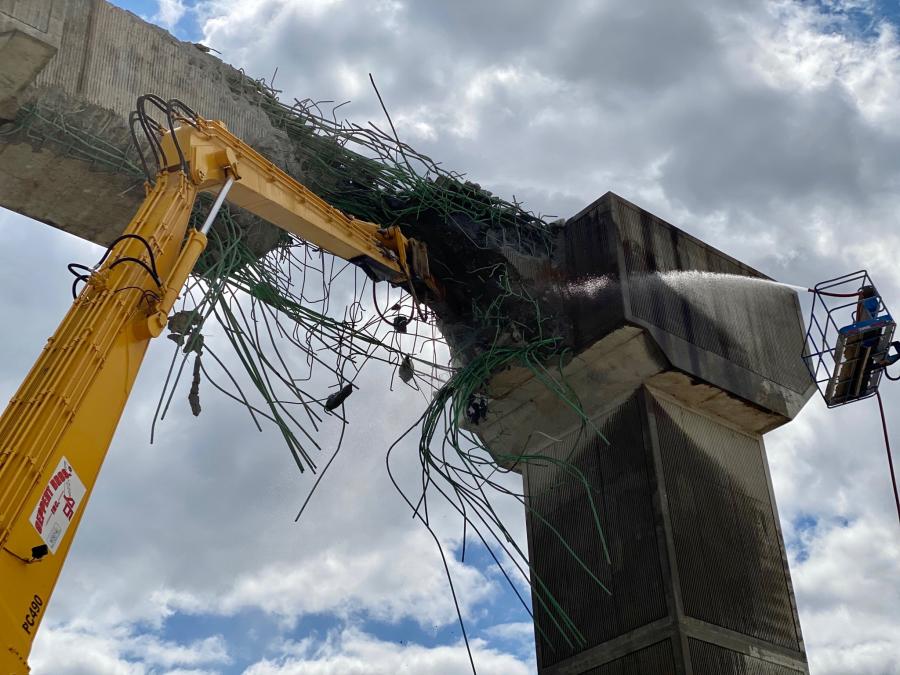 Geppert Bros. Inc. is the subcontractor tasked with doing the demolition. Lars Paul Taboga, estimator/project manager of Geppert, reported that a Komatsu PC-490 excavator with approximately 75-ft. reach is being used to perform the bulk of the demolition. It also has a 10,000-lb. hammer attachment. A Komatsu PC-450 excavator assists and performs load out operations.

"We are only able to access the structure from one side," Taboga said. "The Delaware River is approximately 40 feet away the structure"

He also noted that implosion was not an approved removal means and method by the owner.

"We knew the challenges a structure such as this presented in the bidding phase and recognized that it would be a slower removal process due to the original sheer hulking nature of the structure itself," Taboga said. "But we were up for the challenge to once again ‘Tear Down to Make Way for Progress.'" CEG