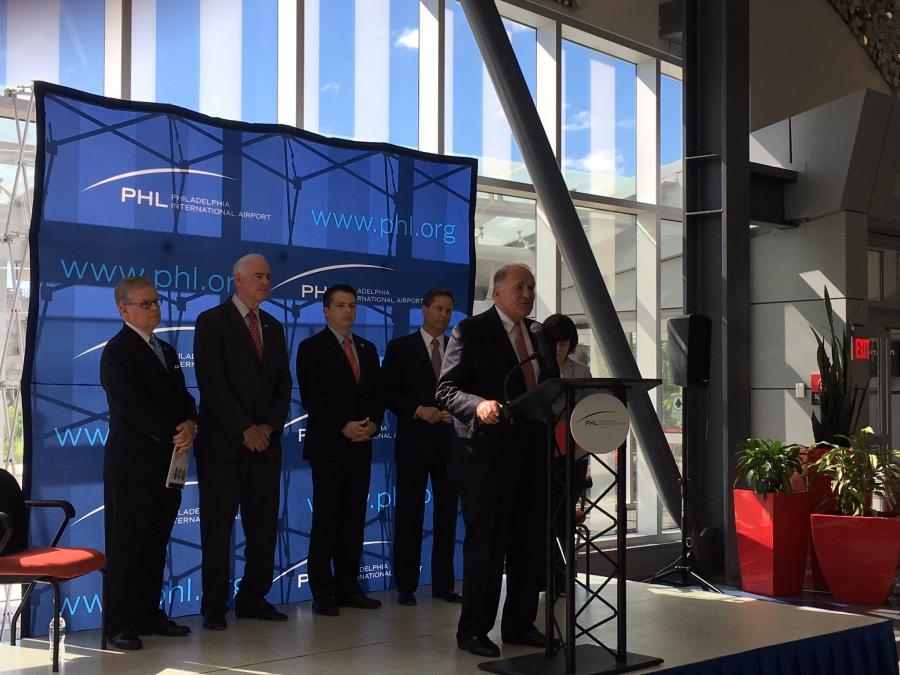 Philadelphia International Airport (PHL) hosted “Airport Investment — The Key to America's Competitiveness” on May 15, as part of the fifth annual Infrastructure Week, a national week of education and advocacy for the nation's infrastructure.

The elected officials as well as the hosts and media participated in an airfield tour of PHL's capital infrastructure projects including a runway extension that will be completed next year. The extension to 12,000 ft. will give PHL the third longest on the East Coast, after JFK's two runways.

“We are proud to host this event, which focuses on increasing investment in our nation's airports in order to compete in the 21st century global economy,” said Cameron. “Securing sustainable funding for new capital projects is vital for PHL to remain competitive into the future and for the growth of our regional economy.”

Along with other airports across the country, PHL is trying to align current funding resources with growing infrastructure needs to help close the identified $10 billion a year funding gap nationwide for airport infrastructure improvements.

Philadelphia International Airport is owned and operated by the city of Philadelphia. The airport is a self-sustaining entity that operates without the use of local tax dollars. It is one of the largest economic engines in Pennsylvania, generating an estimated $15.4 billion in spending annually and supporting more than 96,300 full-time jobs for the 11-county Philadelphia MSA.