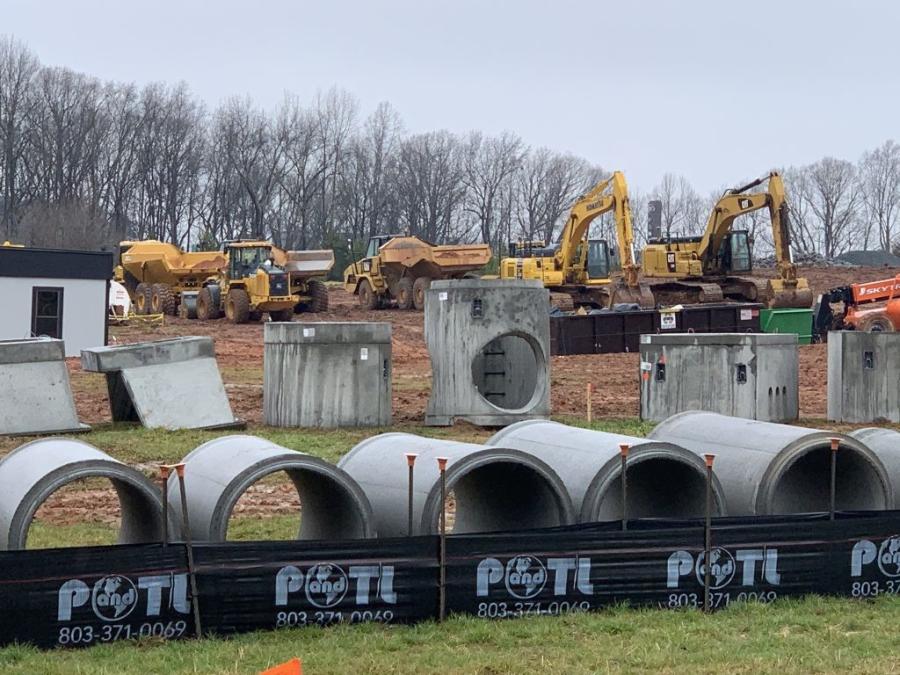 Bulldozers and construction tools at the scene of the future hospital location. (Greg Rickabaugh photo)

Piedmont Medical Center plans to break ground on a hospital in Fort Mill, S.C., in the spring — marking a big step forward in a more than 15-year battle among the region's health-care systems to expand there.

A spokesperson said the health group has not set a definitive date. Plans call for an approximately 200,000-sq.-ft., 100-bed hospital with parking and a helipad, according to records from Fort Mill's planning commission meeting in December. The facility will include a three-story bed tower and the site will allow for expansion, according to those records.

The site at the intersection of S.C. Highway 160 and U.S. Highway 21 in Fort Mill was recently cleared. The hospital is scheduled to deliver in 2022.

Piedmont, a subsidiary of Tenet Healthcare Corp., previously estimated the Fort Mill Medical Center would cost $170 million, although that figure could change. It did not have a cost update by the end of the last full week in January.

"We are very energized about the steps currently under way for our hospital in Fort Mill. Over the past year, we have devoted time, resources and personnel to addressing how to best manage the safety of our community during the pandemic," Tenet Healthcare said in a statement to the Charlotte Business Journal.

Piedmont was required to start construction at least by Dec. 31 of this year, with completion required no later than Dec. 31, 2024, according to an updated memorandum filed last year between Piedmont and former landowner Clear Springs-Kingsley LLC. Otherwise, Clear Springs has the option to buy back the property.

AMISUB of South Carolina Inc., operating as Piedmont, purchased the 40-acre site for $11 million in 2006, according to York County real estate records.

State regulators first approved Piedmont's bid in 2006 to build a 64-bed facility in Fort Mill. They had already outlined a need for 64 beds in the county in the 2004-2005 State Medical Facilities Plan. Since then, York County's population has continued to grow, jumping by 53 percent between 2004 and 2019, and so has the need for more beds.

South Carolina, like North Carolina, regulates medical projects by awarding certificates of need. Health systems in both states apply and often compete to add hospital beds, services and equipment. The regulators' goal is to keep health-care costs under control.

Piedmont operates its flagship hospital in nearby Rock Hill — the county's only hospital. The next closest option is Atrium Health-Pineville across the border in the Tarheel State. In early 2020, Piedmont did open a $15.3 million freestanding emergency department on Gold Hill Road in Fort Mill.