Pipeline Projects Abound, But Not All Are Proceeding Full Steam Ahead

Many of the projects are met with opposition from various groups, and sometimes lawsuits are filed and construction is slowed or even halted. 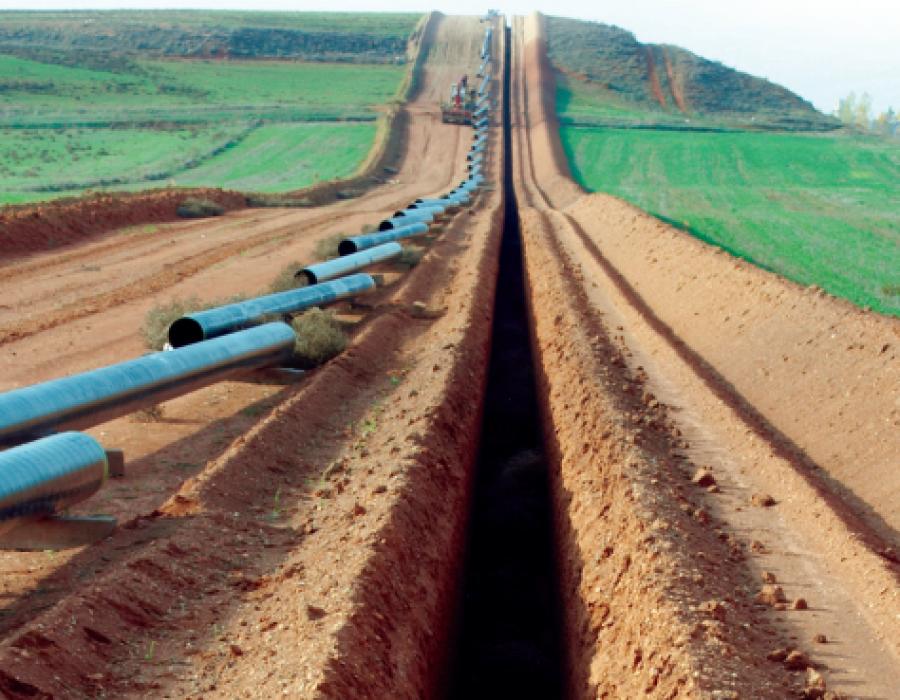 The United States has the largest network of energy pipelines in the world, with more than 2.5 million mi. (4 million km) of pipe, according to Pipeline101.com. They can be designed for everything from natural gas, gasoline, home heating oil and crude oil.

The use of pipe for oil transportation reportedly began soon after the first commercial oil well was drilled by “Colonel” Edwin Drake in Titusville, Pa., in 1859. Of course, many changes and improvements have been made since that time, and the latest technology is used today to build and operate the pipelines.

These days, many of the projects are met with opposition from various groups, and sometimes lawsuits are filed and construction is slowed or even halted.

CEG compiled a brief summary of some of the main pipeline projects currently under construction, proposed and on hold across the country.

The OVC will be operated by Equitrans LP, based in Pittsburgh, Pa. The estimated cost is reportedly $416 million.

According to the website, this pipeline is projected to be in service in 2016.

Mariner East 2 is a planned, new underground pipeline system of approximately 350 mi. (563 km) spanning Pennsylvania, West Virginia and Ohio. It will utilize both the Utica and Marcellus Shale regions. The $2.5 billion project would take propane, butane and potentially ethane though 17 counties from the Marcellus Shale of eastern Ohio and southwestern Pennsylvania to a terminal at Marcus Hook near Philadelphia, where the fuel will be shipped overseas.

Pipeline construction on the 20-in. (50.8 cm) diameter high pressure line will tunnel beneath 17 counties in the commonwealth; cut through 2,700 properties; require a 50-ft. (15 m) right-of-way; and cross more than 1,200 streams or wetlands.

A lawsuit was filed concerning the right to use eminent domain, and Pa.'s Commonwealth Court ruled in favor of Sunoco LP.

The project is under construction, and is expected to begin operations in early 2017.

Rover Pipeline is a new interstate natural gas project proposed to transport 3.25 billion cu. ft. (92 million cu m) per day of domestically-produced natural gas to markets in the Midwest, Northeast, East Coast, Gulf Coast and Canada, with direct deliveries into including Ohio, West Virginia, Michigan and into the Dawn Hub in Ontario, Canada.

The approximate $4.2 billion pipeline will gather gas from processing plants in West Virginia, Eastern Ohio and Western Pennsylvania for delivery to the Midwest Hub near Defiance, Ohio, where roughly 68 percent of the gas will be delivered via interconnects with existing pipelines in Ohio and West Virginia for distribution to markets across the United States.

The FERC issued construction authorization in 2016, and in-service to Defiance, Ohio, is expected in the second quarter of 2017, and to Vector/Dawn Hub, Canada in November 2017. For more information, www.roverpipelinefacts.com.

The Atlantic Sunrise Project involves the $3 billion expansion of the Transco natural gas pipeline, which is owned by Williams. The project is designed to meet the daily needs of more than seven million American homes. It will connect regions in northeastern Pennsylvania to markets in the Mid-Atlantic and southeastern states.

The project will reportedly consist of compression and looping of the Transco Leidy Line in Pennsylvania along with a greenfield pipeline segment, referred to as the Central Penn Line. It will connect the northeastern Marcellus producing region to the Transco mainline near Station 195 in southeastern Pennsylvania.

The current Transco system includes more than 10,000 mi. (16,093 km) of pipeline moving about 10 percent of the nation's natural gas. The project includes construction of 197.7 mi. (318 km) of new pipeline, most of which would be in Pennsylvania.

On Aug. 18, minor route changes were filed with the FERC. According to the website, this most recent supplemental filing reflects the company's continued efforts to further reduce potential environmental impacts by addressing and incorporating feedback from project stakeholders. As a direct result of stakeholder input, Williams has made more than 400 route adjustments to more than 50 percent of the greenfield pipeline route since it was originally introduced.”

The company anticipates the FERC order in early 2017, and has a projected in-service date of late 2017.

The proposed PennEast Pipeline involves nearly $1 billion, and is a 118-mi. (190 km), primarily 36-in. (91.4 cm) underground pipeline in New Jersey and Pennsylvania. It will begin in Dallas, Pa., in northeastern Luzerne County, and end near Pennington, N.J., in Mercer County. PennEast's website notes that, pending regulatory approvals, construction of the PennEast Pipeline Project is anticipated to begin in the second half of 2018. Depending on weather and material availability, construction may take between seven months and a year to complete.

Dominion Carolina Gas Transmission (DCGT) proposes to construct and operate the Charleston Project in West Virginia, consisting of the following facilities: Moore to Chappells Pipeline, Dillon Pipeline, Moore Compressor Station and Dorchester Compressor Station. According to the website, the project is proposed to help meet the growing regional need for clean, reliable, and domestic natural gas.

Construction is expected to being early next year, with an in-service projection of November 2017.

The Port Arthur project is located in Jefferson and Orange Counties, Texas, and Cameron Parish, Louisiana. It is a 34-mi. (54.7 km), 42-in. (106.6 cm) diameter natural gas pipeline projected for commercial operation in 2020.

Construction is expected to begin in 2019.

The proposed Rio Bravo Pipeline will run from the Agua Dulce Market Area outside of Kingsville to provide natural gas for Rio Grande LNG. It will be about 140 mi. (225 km) long, consisting of two parallel 42 in. pipelines.

The FERC application was announced in May, 2016, and the company anticipates the Final Investment Decision (FID) in 2017.

Pipeline construction is targeted to begin in mid-2017, with a targeted in-service date set for the fourth quarter of 2018.

The Dakota Access Pipeline Project is a new approximate 1,172-mi. (1886 km), 30-in. (76 cm) diameter pipeline that will connect the Bakken and Three Forks production areas in North Dakota to Patoka, Ill.

According to the project website, “the pipeline will enable domestically produced light sweet crude oil from North Dakota to reach major refining markets in a more direct, cost-effective, safer and environmentally responsible manner. The pipeline will also reduce the current use of rail and truck transportation to move Bakken crude oil to major U.S. markets to support domestic demand.”

The $3.7 billion project is under the direction of Dakota Access LLC, a subsidiary of Energy Transfer Crude Oil Company LLC.

At press time, construction of at least one section of the Dakota Access pipeline in North Dakota was halted as a result of the Standing Rock Sioux tribe's request for an emergency injunction.

On Sept. 9, minutes after U.S. District Judge James Boasberg rejected the tribe's request for a preliminary injunction to halt construction of the $3.8 billion four-state pipeline, the federal government ordered a halt to construction on U.S. Army Corps of Engineers land under and around the lake. The ruling reportedly stops construction within 20 mi. (32 km) on either side of Lake Oahe.

Protests continue for this project.

Following the announcement, the project sponsors released this statement: “In spite of NYSDEC's unprecedented decision, we remain absolutely committed to building this important energy infrastructure project, which will create an important connection between consumers and reliable supplies of clean, affordable natural gas. We believe NYSDEC's stated rationale for the denial includes flagrant misstatements and inaccurate allegations, and appears to be driven more by New York State politics than by environmental science.”