Pittsburgh District of USACE to Get $881.9M in Supplemental Funding 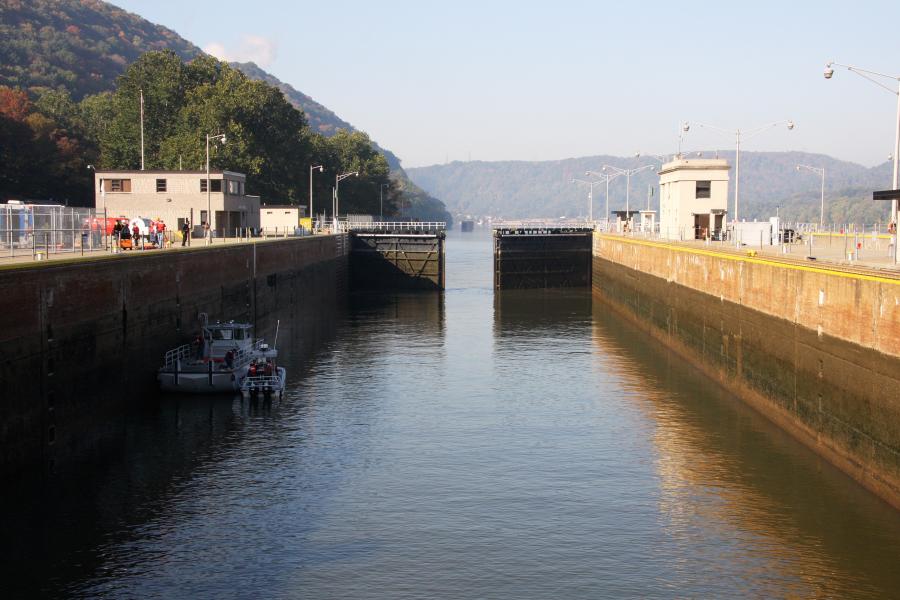 A total of 25 projects within the U.S. Army Corps of Engineers (USACE) Pittsburgh District will be supported by just over $881.9 million in funding through President Biden's Infrastructure Investment and Jobs Act (IIJA).

When complete, work at Montgomery, 32 mi. downstream from Pittsburgh on the Ohio River, will address reliability concerns by replacing the aging and deteriorated 56-ft.-wide by 360-ft.-long auxiliary chamber with a new 110-ft.-wide by 600-ft.-long primary chamber.

"River traffic is something few people think about unless it is shut down," noted U.S. Congressman Conor Lamb, a Pittsburgh-area representative. "The Montgomery Lock and Dam is nearly 100 years old, and if it collapses, we could lose thousands of jobs and add thousands of trucks to our roads, meaning more pollution and traffic. This funding is essential and the result of years of advocacy and old-fashioned, hard legislative work."

The Upper Ohio Navigation project is designed to supply safe, reliable, efficient and sustainable navigation on the Upper Ohio River, a significant portion of the nation's extensive inland waterways navigation system. The project includes substantial recapitalization at the Emsworth, Dashields and Montgomery locks and dams, the oldest and smallest navigation facilities on the Ohio, and were built close together on the river.

"The inland navigation system is a crucial contributor to national and regional economic success," explained Col. Adam Czekanski, commander of the USACE Pittsburgh District. "Receiving this supplemental funding will ensure this crucial inland navigation facility continues to provide the most cost-effective and environmentally friendly means of moving bulk commodities for decades to come. We appreciate the continued strong congressional support for this project."

In addition to the construction funds, the Pittsburgh District is to receive more than $10.3 million at 11 other multipurpose reservoirs to make energy and water efficiency improvements. The upgrades will range from modernizing sewage treatment facilities, visitor centers, and nature trails at the district's recreation facilities, as well as other green initiatives in support of environmental stewardship.

"The IIJA funding is going to have an immediate and positive impact on recreation in the area," noted Joe Kolodziej, the district's southern area operations project manager. "Visitors to some of our facilities will see new roofs and upgrades to the visitor centers. Some of the upgrades will also positively affect aquatic wildlife, and others will provide better access to areas. Overall, it will allow us to do some of the things that might have had to wait years for funding."

"By receiving this additional funding, the district can assist two communities that might not otherwise receive help with their watershed and water treatment plant challenges," explained Scott Swansinger, a project manager.

In addition, the district's missions include water supply, emergency response and regulation of the federal Clean Water Act. The Corps of Engineers often partners with local communities to improve water supply, sanitary sewer and stormwater infrastructure.