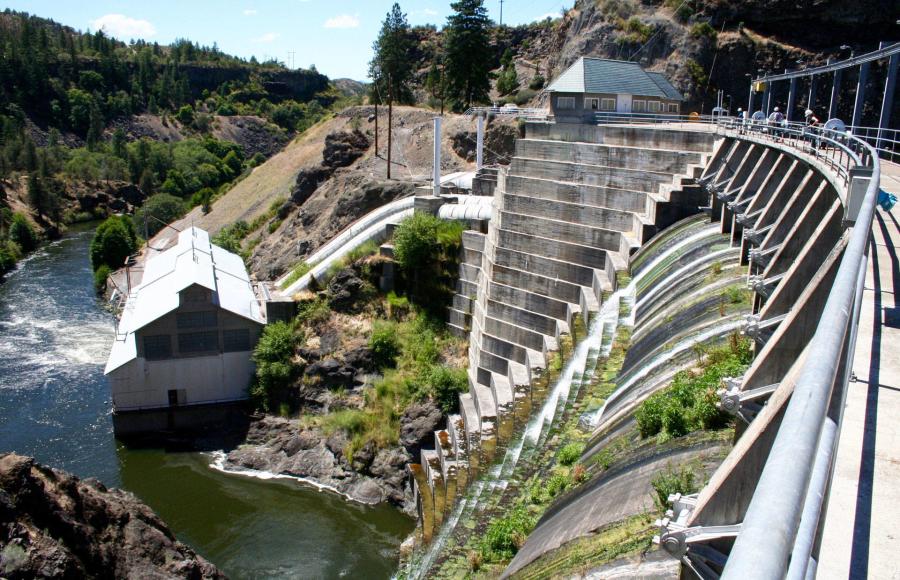 The ruling will allow the utility that runs the dams, PacifiCorp, to transfer its hydroelectric license jointly to the nonprofit Klamath River Renewal Corporation, Oregon and California.

PORTLAND, Ore. (AP) A proposal to bring down four hydroelectric dams near the California-Oregon border cleared a major regulatory hurdle, setting the stage for the largest dam demolition project in U.S. history to save imperiled migratory salmon.

The Federal Energy Regulatory Commission action comes after the demolition proposal almost fell apart last summer, but then a new agreement and additional funding revived it. The latest ruling will allow the utility that runs the dams, PacifiCorp, to transfer its hydroelectric license jointly to the nonprofit Klamath River Renewal Corporation, Oregon and California.

Regulators still must approve the actual surrender of the license. Dam removal could start in 2023.

The dams don't store agricultural water, aren't used for flood control and aren't part of the 200,000-acre Klamath Project, an irrigation project further north that straddles the Oregon-California border. Removing the structures would affect homeowners who live around man-made lakes created by the dams.

If the dams remained, PacifiCorp would likely have to spend hundreds of millions of dollars to retrofit the structures to comply with today's environmental laws. As it is, the utility has said the electricity generated by the dams no longer makes up a significant part of its power portfolio.

A new plan unveiled in November appears to address regulators' concerns that the nonprofit entity overseeing the demolition would struggle if there were any cost overruns or liability issues.

The new plan makes Oregon and California equal partners in the demolition with the Klamath River Renewal Corporation and adds $45 million to the project's $450 million budget. The states and PacifiCorp, which is owned by billionaire Warren Buffett's company Berkshire Hathaway, will each provide one-third of the additional funds.

Tribes on the lower Klamath River that have watched salmon struggle applauded the decision. Salmon are at the heart of the culture, beliefs and diet of a half-dozen regional tribes, including the Yurok and Karuk — both parties to the agreement — and they have suffered deeply from that loss.

The aging dams were built before current environmental regulations and essentially cut the 253-mi.-long river in half for migrating salmon, whose numbers have been plummeting.

Coho salmon from the river are listed as threatened under federal and California law, and their population has fallen anywhere from 52 percent to 95 percent. Spring chinook salmon, once the Klamath Basin's largest run, has dwindled by 98 percent.

Fall chinook, the last to persist in any significant numbers, have been so meager in the past few years that the Yurok Tribe canceled fishing for the first time in memory. In 2017, they bought fish at a grocery store for their annual salmon festival.

Another tribe, the Karuk Tribe, said in a statement that the regulators' decision "reflects the hard work of our partnership with PacifiCorp, California, Oregon and the Yurok Tribe. After this year's massive fish kill, we need dam removal more than ever."